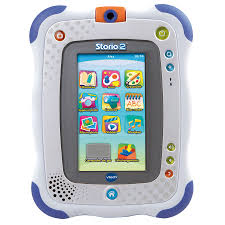 Comments by the Editor of this blog, published in Swiss newspapers.

This year, Father Christmas is bringing toxic gifts.  Among these, the Vtech Storio 2 tablet, designed for children aged 3 to 9.  The use of these electronic "toys" can generate language, reading and writing difficulties in young children.  These tablets are made in Vtech factories in China under deplorable conditions for employees, according to a report published by the Institute for Global Labour and Human Rights.  Employees work standing up 12 to 15 hours a day, six days a week, for a salary below the minimum wage.  They suffer health problems created by exposure to toxic dilutants used to clean circuit boards.

It is time that parents behave as responsible consumers by no longer buying electronic toys that are "toxic" to the workers who make them and to the development of the young children who use them.

The world will not come to an end on 21 December.  However a tragedy such as the shooting in Newtown is a sign that we are on the road to disaster.

The end of the world is the growing disappearance of respect, empathy, compassion, and love towards one another.  It is the increase of ignorance, apathy, and indifference among human beings.

We cannot protect our children from every risk.  These defenseless beings are dying every day:  from hunger, sickness, war, violence, exposure to toxic substances in the environment.  There will be other shootings, other nuclear disasters.

We cannot protect our children from the greed of industries which produce and diffuse poisons everywhere in our environment, nor from the selfish interest of governments which refuse to regulate pollution or the sale of arms, and which continue to engage in war, inequality, and human rights violations.

But where we, as parents and responsible adults, can often protect children is by banning violent video games, consumption of sodas full of sugar and additives, use of cell phones at a very young age, exposure to radiation.

It is the responsibility of each and every one of us to protect our children and the generations to come, because they will ensure the future of our world.  The fate of our planet is in their hands:  expire or survive in positive ways and thrive.

The confiscation by the TPG [Geneva public transport] of telephones and tablets of passengers traveling without tickets, address or money is a practice now banned.  It was, however, one of the rare means of ensuring payment of fines.  Those who have long phone conversations - often in very loud voice - in public transport should be fined for noise disturbance.  And especially, for imposing passive radiation on the passengers around them, as harmful as passive smoke.  Calling on a phone in a metallic space exposes people to higher levels of radiation.  Railroad cars free of noise and radiaiton must be created in order to preserve the well-being of persons who are sensitive to these pollutions.  A health catastrophe similar to that of tobacco and asbestos awaits us in the next 10 to 20 years if we do not now limit our exposure to the waves of wireless technology.