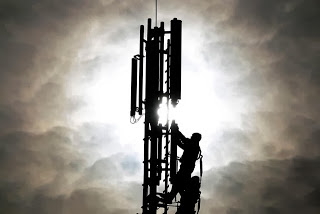 The vote of the National Council on modernization of the mobile phone network was very close: 96 against 89 with 3 abstentions. It sends a message that nearly half of the population does not want modernization which could mean an increase in limit values of mobile phone antennas. Inversely, this vote sends the wrong signal to the world which takes Switzerland for a model of application of the precautionary principle by adopting lower limit values than other countries.


Did the minister responsible for communication, Doris Leuthard, influence the vote by saying that only high frequency radiation is possibly carcinogenic, and not that of mobile phone installations? According to Dr. Robert Baan, responsible for the IARC/WHO monograph establishing this classification, it is the same for all types of radiofrequencies in the electromagnetic spectrum: high frequency radiation emitted by antennas, cell phones, Wi-Fi etc.


"Given the widespread use and by all ages of mobile communication, even a very small increase in the incidence of a disease could have significant implications for public health," emphasized the researchers of a recent study published by the United States National Toxiocology Program. These results have suggested a link between two cancers, cerebral glioma and cardiac schwannoma, and exposure to mobile phone signals. The modernization of the network will encourage the use of cell phones and question what really counts: the demands of consumers and economic interests or the health of the population?
Publié par Meris à l'adresse 6:27 PM