How the U.S. Tests Cellphones for Safety 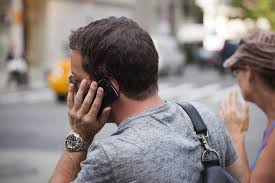 (Photo:) Last month, the National Toxicology Program released partial results from a study on rodents that found an association between radio-frequency radiation and cancer. This has stirred debate about whether the cellphones are tested adequately to protect human health.
Photo:  Michael Nagle for the Wall Street Journal

Four decades ago, an inspector at the Hartford Police Department raised questions about the safety of one of Motorola’s walkie-talkies. Quirino Balzano, then a newly hired engineer at a Motorola lab in Florida, was asked to prove the devices were safe.

Walkie-talkies, similar to their cellphone successors, emit radio-frequency radiation, which in nominal amounts isn’t known to affect people. The only agreed upon effect of such energy is it can heat human tissue at high levels. The test Dr. Balzano devised was to place the walkie-talkie near a human skull filled with mostly sugar water and measure the temperature of the liquid. That general concept eventually evolved into the industry’s primary method for testing the radiation emissions from cellphones.

Today, every cellphone model sold in the U.S. is tested to ensure it doesn’t exceed energy absorption levels set by the Federal Communications Commission.

But a recent U.S. government study challenges the notion that heating is the only potential health effect, renewing a debate about whether the modern version of Dr. Balzano’s test adequately protects human health.

Last month, the National Toxicology Program released partial results from a $25 million study on rodents that found an association between RF radiation and cancer.

“It’s a paradigm shift in my mind because this is the first study where tremendous care was taken to use nonionizing radiation, and not heat up tissue, and then find that nonionizing radiation caused tumors,” said Otis Brawley, chief medical officer at the American Cancer Society.

In the 1970s, when Dr. Balzano was designing his test, the only known biological effect from RF energy was heating. Industry standards groups set exposure limits 50 times lower than that level.

“Motorola put in a substantial amount of research on the biological effects of radio-frequency radiation,” said Dr. Balzano, who retired from Motorola in 2001 and is now at the University of Maryland. “We found absolutely no proof whatsoever” of anything harmful.

David Andrews, a senior scientist at the Environmental Working Group, which has pushed for tougher safety regulations, said what the recent NTP study “indicates is that there are the potential for more subtle, but potentially much more damaging health effects.”

Even with the NTP study, many scientists still consider heating the only possible health effect and don’t consider cellphones harmful.

“Based on this study I don’t think we should be running out and changing regulations,” said John Boice, head of the National Council on Radiation Protection and Measurements, a congressionally chartered organization in charge of monitoring radiation safety. Dr. Boice said he is skeptical of the study’s results.

The FCC opened a proceeding to study the current standards in 2013, but hasn’t taken any action. The agency officially adopted cellphone RF safety limits in 1996.

Afterward, a committee of more than 60 industry representatives, engineers and academics at the Institute of Electrical and Electronics Engineers refined and standardized Dr. Balzano’s test for head and body cellphone exposure. Manufacturers use special labs to test their devices against a plastic mannequin head and a large tub of liquid to represent the torso.

Phones are tested at their maximum power level, which rarely happens, and only while talking on the phone with poor signal strength. Normal use emits much less energy.

For the head test, the dimensions of the mannequin are based on the 90th percentile head size of U.S. Army soldiers from a 1989 study.

The phone is pressed up against a 6 millimeter spacer representing the ear.

For the body test, phones were allowed to be tested with up to 25 millimeters separation distance, because most phones at the time came with a belt clip.

The test produces a specific absorption rate score, known as SAR, for every cellphone. SAR numbers are disclosed online and in user manuals.

Om Gandhi, a professor at the University of Utah, says the test underestimates how much energy humans absorb from cellphones.

Dr. Gandhi, who was on the IEEE committee and voted against the test method in 2003, says phones should be tested with far less separation from the body and without the 6 mm ear. He has also pushed for a test for children.

Jay Moulton, who runs a cellphone test lab in California, said most phones wouldn’t pass the body test without some separation. “If they had to go to zero, every phone would fail and you’d never get them out on the market.”

The FCC has said cellphones seldom emit maximum power under normal use, so even if a device is pressed against the body it isn’t likely emitting enough RF to exceed the limits.

“We will continue to follow all recommendations from federal health and safety experts including whether the FCC should modify its current policies and RF exposure limits,” an FCC spokesman said.

Dr. Balzano and other scientists who support the current test say the body-separation distance is still appropriate because most people send text messages rather than place the phone next to their bodies.