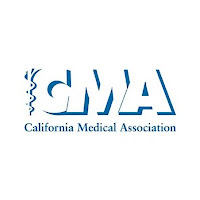 "The FCC to my knowledge does not have any physicians, biologists, scientists in EMF on their staff. They depend on other input for their decisions but to date have not considered the overwhelming evidence of harm by our modern telecommunications device that are in increasingly in our workplaces, schools and homes."

Dear FCC Staff and Board Members:

I am writing with regards to the recent FCC ruling to release next generation 5G technology and networks which would soon create an explosion of new untested microwave radiation that will be widespread in our environment with likely dire consequences. I strongly disagree with this decision and strongly recommend postponing any rollout of new telecommunications frequencies until adequate studies have been done and the entire issue of reevaluating the FCC safety standards to include not just thermal but biological and health effects has been agreed to.

I also believe the Environmental Protection Agency or other independent scientific panel needs to have authority to look at all telecommunications safety issues for non-ionizing radiation including long term and biological effects for all spectrums. This would mean repealing portions of the 1996 Telecommunications Act to allow health monitoring, research and open discussion with regards to all telecommunications frequencies.

As a physician who has worked on a wide range of public health, environmental health and toxics issues for over 25 years I believe the rollout of 5G is not only premature but also dangerous to both humans and the environment.

As you know the FCC considers safe any microwave radiation that does not burn the skin or cause acute thermal damage. Until 1996 the Environmental Protection Agency had the jurisdiction to research and propose guidelines for chronic exposure to the non-ionizing radiation from cell phones, cell towers and other EMF devices until this responsibility was removed.

As you also know the 1996 Telecommunications Act specifically exempts cell towers from environmental review, review of health effects or monitoring for such in the construction or placement of cell towers. The FCC to my knowledge does not have any physicians, biologists, scientists in EMF on their staff. They depend on other input for their decisions but to date have not considered the overwhelming evidence of harm by our modern telecommunications device that are in increasingly in our workplaces, schools and homes.

For decades people did not understand that non-ionizing radiation could be harmful. The accumulated science of harm from wireless microwave radiation however has confirmed adverse biological and clinical effects. The biological and cellular effects include damage to DNA and mitochondria, stress protein synthesis, cellular damage to neurons, immune dysfunction, creation of reactive oxygen species, reduced melatonin, alternation of nerve cell junction.

Studies have linked similar microwave EMF from cell phones, cell towers, Wi Fi routers to cancer, endocrine disruption and reproductive harm. Science is not perfect but the weight of evidence including clinical studies of electrohypersensitivity has now confirmed there is no doubt of harm from wireless EMF radiation.

The most recent and compelling evidence has come from the 2016 National Institutes of Health, National Toxicology Program. Called the NTP Toxicology and Carcinogenicity Cell Phone Radiation Study, the 10 year $25 million research has shown conclusively that there was a harmful effect from cell phone microwave radiation. This is similar to other wireless devices we commonly use. The studies were robust, collaborative, well controlled and with double the number of rats required to be significant. The preliminary results of the study showed that RFR caused a statistically significant increase in two types of brain tumors, gliomas and schwannomas. These were the same two types of tumors shown to increase in human epidemiological studies.
Ron Melnik, PhD, Senior Toxicologist and Director of Special Programs in the Environmental Toxicology Program at the National Institute of Environmental Health Sciences (NIEHS) and designer of the study states,

“The NTP tested the hypothesis that cell phone radiation could not cause health effects and that hypothesis has now been disproved. The experiment has been done and, after extensive reviews, the consensus is that there was a carcinogenic effect.”

It is notable that this study does not address the chronic health effects to the reproductive organs and immune system seen in many other studies.

Considering the widespread use and exposure to wireless technology the evidence points to a major emerging public health issue.

Mammalian cells signal through very weak electromagnetic fields which trigger binding of hormones, antibodies and neurotransmitters to their specific binding sites. Calcium channels are also involved in this (Adley 1993). As one could imagine, after review of physiologic and biologic systems, even low level non-ionizing radiation could cause havoc in mitochondria where energy is transformed and stored, in DNA or on fragile signaling proteins required for functioning of our very complex systems. Indeed studies have shown adverse effects at levels well below current FCC standards.

Biology will always be more complicated than technology. Our bodies can be put in harms way by a variety of toxins and this includes non-ionizing microwave radiation from wireless devices.

We know how convenient out wireless devices are. Like cigarettes safety was questioned for decades until enough science could show harm. We are in the same situation with wireless technology. We have the science in front of us. We must now stop further increases in exposures of non-ionizing radiation from telecommunications (especially those untested), begin to reduce EMF exposure- especially to vulnerable and sensitive populations and put our focus on individual and population safety. Convenience should not take precedence over public health.