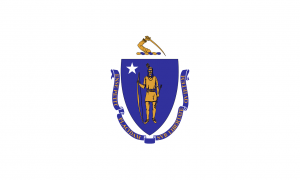 (Worcester Massachusetts) The Worcester School Committee (WSC) on May 4, 2017 voted to authorize a “Precautionary Options on Radiofrequency Exposure” document regarding reducing exposure to radiation from wireless device use to be posted on the School System’s website and to be prominently posted in all public schools within the Worcester Massachusetts school system.

The “Precauionary Options” document was developed by the Worcester School administration in response to a request from the WSC Standing Committee on Teaching, Learning and Teaching Supports (TLSS) to address the possible health risks of radiofrequency radiation exposure from wireless devices in the classroom. The document states, that although regulating agencies such as the EPA and the FCC have not established a link between mobile devices and cancer, “…they do offer some suggestions for those that are concerned about Radio Frequency (RF) exposure.”

The document lists EPA and FDA guidance on how to to reduce exposure to radiofrequency radiation which includes; “Use a speakerphone, earpiece or headset; Increase the distance between wireless devices and your body. Consider texting rather than talking; Consider not placing the device directly on your lap. Instead consider placing it on a hard surface such as a desk or book”.

The Worcester School Committee “Precautionary Options on Radiofrequency Exposure” can be found at http://wpsweb.com/sites/default/files/www/school_safety/radio_frequency.pdf

TLSS chair, Brian O’Connell says, the precautionary options reflect the Administration’s response to “concerns people may have.” He characterized the document as “a summary of safe and prudent practices”, and an informational statement presented “as a guideline and encouragement for people to think about the issue.”

TLSS vice-chair John Monfredo who called for the vote said, ”It’s time we … at least acknowledge what health officials and scientists are saying about EMF….Let’s teach our children to use technology responsibly. Let’s do the right thing and be open minded on the issue…We have a moral obligation to our parents and our children to let them know what the research is saying.”

The Worcester Massachusetts School System continues enforcing an unrelated cell phone policy implemented in September 2016. It requires students to keep their phones powered off at all times during the school day to support them in focussing on school matters.

Mr. O’Connell and Mr. Monfredo have championed the cell phone/wi-fi radiation awareness issue since first meeting in August 2016. A retired principal and education columnist for two local publications, Mr. Monfredo has written several articles about the issue while emphasizing the importance of using technology responsibly. Both School Committee Members have researched the EMF/RF issue and have consistently advised their colleagues about the wisdom of pursuing the Precautionary Principle.

The Worcester Info Team for Health (WITH) was organized to support Worcester decision makers and others in learning about and mitigating the public health risks posed by the rapid roll-out of wireless devices and infrastructure, emphasizing the Precautionary Principle and seeking collaboration on creative solutions.

News Articles on the Worcester School Committees Actions on Wi-Fi

“Time For Everyone To Research The Health Affects Of Wireless Technology” John Monfredo, GoLocalWorcester, October 23, 2016,

“The Education Beat: Cell phones: protecting yourself and your children” Worcester Magazine May 18, 2017