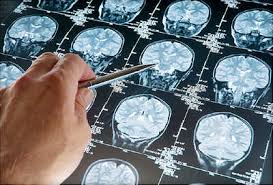 Dr. Weeks’ Comment: Cell phones are killing us. No. Correction… We are willingly killing ourselves (and our kids) with cell phones. And obfuscating cell phones companies are accomplices.

We are seduced by the convenience factor of being infinitely “in touch” and we are deaf to the lethality of holding that dangerous device up to our head. Industry has been dishonest and the precautionary principle has been ignored by public health bureaucrats asleep (or remunerated) at the wheel.

Soon, we will learn that cells phones are more lethal in America than guns. Let’s start with an understanding of brain cancer.

Are Brain cancers becoming more common with use of cell phones?

The study that appeared in Neuro-oncology that found that brain cancer is the most common cancer among 15-19 year olds is attached. The study also showed that 32.4% of all cancers in children ages 0-14 are cancers of the brain and central nervous system.

Brain Tumor Rates Increasing in US

There has been a significant increase in the incidence of primary malignant brain and central nervous system (CNS) tumors in American children (0-14 years of age) between 2000-2010, with an annual percentage change (APC) of +0.6%/year. In adolescents (15-19 years old), there was a significant increase in the incidence of primary malignant brain and CNS tumors between 2000-2008, with an APC of 1.0%. Adolescents also experienced an increase in non-malignant brain and CNS tumors from 2004-2010, with an APC of 3.9%. in a subsample of 556 youth for whom cell phone company records were available, there was a significant association between the time since first mobile phone subscription and brain tumor risk. Children who used cellphones for 2.8 or more years were twice as likely to have a brain tumor than those who never regularly used cellphones (OR = 2.15, 95% CI = 1.07 to 4.29). See November 3, 2015 post at http://www.saferemr.com/2015/05/brain-tumor-rates-are-rising-in-us-role.html (this website’s author is Dr. Joel Moskowitz, who is the Director and Principal Investigator of the Center for Family and Community Health at UC Berkeley’s School of Public Health
...

Are we protecting the children?
Brain Tumors – Most common cancer in 15-19 year olds, most common cause of cancer deaths in ages 15-39

Please read article below published on Feb. 24, 2016, in which the American Brain Tumor Association has found that brain cancer is the highest cause of cancer deaths in ages 15-39 and the most common cancer among 15-19 year olds.

The full report is available at http://www.abta.org/about-us/news/brain-tumor-statistics/

My advice: Minimize cell and DECT cordless phone use, and if you use them, hold them at a distance. Children should use cell phones only in an emergency, and don’t let your child hold the phone next to his/her head. Your child should carry the phone with airplane mode on whenever possible, and Wi-Fi antennas should be off and turned on only when internet use is necessary. (If you don’t turn off the antennas, then they are emitting RF radiation. Smart phones have a voice antenna, Wi-Fi antenna, GPS, bluetooth antennas – and they are on all the time unless you turn them off)
Don’t carry them in your pocket or bra. ipads, Wi-Fi laptops emit the same radiation – minimize their use as well, use them at a table and don’t hold in your lap.
Turn off wi-fi routers when not in use (especially at bedtime), and turn on only when needed.

Please watch this video from the Cyprus government for more precautions to take if you haven’t watched it yet https://www.youtube.com/watch?v=H43IKNjTvRM

Chicago, Ill., Feb. 24, 2016 – A new report published in the journal Neuro-Oncology and funded by the American Brain Tumor Association (ABTA) finds that malignant brain tumors are the most common cause of cancer-related deaths in adolescents and young adults aged 15-39 and the most common cancer occurring among 15-19 year olds.

The 50-page report, which utilized data from the Central Brain Tumor Registry of the United States (CBTRUS) from 2008-2012, is the first in-depth statistical analysis of brain and central nervous system (CNS) tumors in adolescents and young adults (AYA). Statistics are provided on tumor type, tumor location and age group (15-19, 20-24, 25-29, 30-34 and 35-39) for both malignant and non-malignant brain and CNS tumors.

“When analyzing data in 5-year age increments, researchers discovered that the adolescent and young adult population is not one group but rather several distinct groups that are impacted by very different tumor types as they move into adulthood,” said Elizabeth Wilson, president and CEO of the American Brain Tumor Association.

“For these individuals — who are finishing school, pursuing their careers and starting and raising young families — a brain tumor diagnosis is especially cruel and disruptive,” added Wilson. “This report enables us for the first time to zero-in on the types of tumors occurring at key intervals over a 25-year time span to help guide critical research investments and strategies for living with a brain tumor that reflect the patient’s unique needs.”

“What’s interesting is the wide variability in the types of brain tumors diagnosed within this age group which paints a much different picture than what we see in adults or in pediatric patients,” explained the study’s senior author Jill Barnholtz-Sloan, Ph.D., associate professor, Case Comprehensive Cancer Center, Case Western Reserve University School of Medicine and Scientific Principal Investigator for CBTRUS.

“For example, the most common tumor types observed in adults are meningiomas and glioblastomas, but there is much more diversity in the common tumor types observed in the adolescent and young adult population. You also clearly see a transition from predominantly non-malignant and low-grade tumors to predominantly high-grade tumors with increasing age,” Barnholtz-Sloan said.

“The American Brain Tumor Association’s recognition of this understudied population, and their commitment to data and information sharing should be applauded,” added Barnholtz-Sloan. “There are clearly unique characteristics of the 15-39 age group that we need to more comprehensively understand and the information in the ABTA report starts that important dialogue.”
###
The full report is available at http://www.abta.org/about-us/news/brain-tumor-statistics/.
To learn more or access additional statistics, go to http://www.abta.org.
http://bit.ly/1OvDHYy

SOURCE
THIS POST WAS SENT TO ME BY MY COLLEAGUE A TSIANG AS A MEMBER OF emfcontacts@googlegroups.com

This web site is neither for advertising nor dispensing of medical advice. Clients who consult with Dr. Weeks receive information in an educational context in an effort to learn about optimizing care with their local health care practitioners. Dr. Weeks formerly practiced on Whidbey Island off the coast of Washington.