France: Hypersensitivity to Electromagnetic Waves: Research Efforts Should Be Scaled Up and Suitable Care Provided for the People Concerned

Hypersensitivity to electromagnetic waves: research efforts should be scaled up and suitable care provided for the people concerned
ANSES ( French Agency for Food, Environmental and Occupational Health & Safety), 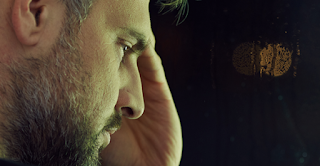 Today the Agency is publishing the results of its expert appraisal on hypersensitivity to electromagnetic waves. This work drew on all the available scientific literature, as well as on numerous hearings with hospital and general practitioners, researchers, associations, and the people concerned. The expert appraisal revealed the great complexity of the issue of electrohypersensitivity (EHS), while concluding that according to the current state of knowledge, there is no solid experimental evidence establishing a causal link between exposure to electromagnetic fields and the symptoms described by the people declaring themselves as electrohypersensitive. The Agency also emphasised that the suffering and pain expressed by the people declaring themselves as electrohypersensitive is a reality of life, requiring them to adapt their daily lives to cope with it. In this context, the Agency recommends providing suitable care for the people concerned and pursuing research work, in particular by setting up studies whose experimental conditions take into account the circumstances of people declaring themselves as EHS.

Radiofrequency electromagnetic waves have been a major health, environmental and societal concern for several years now, in France and abroad. Despite the measures taken to regulate and monitor the levels of exposure to electromagnetic fields, for several decades the scientific literature has regularly reported cases of people suffering from various disorders attributed to exposure to fields emitted by household appliances, electrical facilities and communicating devices.

In this context, the Agency has published several opinions and collective expert appraisal reports, particularly in 2003, 2005, 2009, 2013 and, most recently, in 2016, on the potential health risks of exposure to radiofrequency waves. It also wished to pay due attention to the issue of electromagnetic hypersensitivity (EHS), by devoting a specific in-depth expert appraisal to this subject.

This expert appraisal, whose results are published today, was based on an analysis of the scientific literature and on numerous hearings (with hospital and general practitioners, researchers, associations and the people concerned). It was also supplemented with data based on more than 500 additional comments from scientists and stakeholders, in the framework of the open public consultation that ran from 27 July to 15 October 2016, and which was based on a preliminary expert appraisal report.

The Agency's expert appraisal showed the great complexity of the issue of electrohypersensitivity. First of all, there are currently no validated diagnostic criteria for EHS, and the expert appraisal found that it is only possible to define EHS on the basis of self-reporting by individuals.

The Agency also concluded that the pain and suffering (headaches, sleep, attention and memory disorders, social isolation, etc.) expressed by the people declaring themselves as electrohypersensitive is a reality of life, requiring them to adapt their daily lives to cope with it.

The 40 experts, who worked on this expert appraisal for almost four years, investigated many hypotheses in an attempt to understand these symptoms. However, current scientific knowledge shows no cause and effect relationship between the symptoms of people declaring themselves as electrohypersensitive and their exposure to electromagnetic waves. Nevertheless, these symptoms, which can have a significant impact on the quality of life of these people, require and warrant suitable care by health and social service players.