From Dieselgate to Phonegate: We Need to Wake Up to Another Pollution Crisis

"If ‘Dieselgate’ received wall-to-wall media coverage in the UK when the story broke, ‘Phonegate’ has received next-to-none."


From Dieselgate to Phonegate: We need to wake up to another pollution crisis 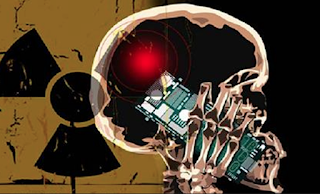 As the level of emissions from diesel engines in the UK’s cities and its impact on public health has become clear, the media have recently given serious and widespread coverage to the issue of air pollution. Every Breath We Take, the report published in February 2017 by the Royal College of Physicians and Paediatrics, detailed an alarming array of adverse health effects which lead to up to 40,000 shortened lives in the UK each year. Foetuses, babies and children are particularly vulnerable to diesel fumes and particulates, which can impair lung, heart and neurological development.

Outlining his clean air bill in the Guardian in April 2017 Swansea West MP Geraint Davies noted that children in areas where the air quality problem is most serious “have a 10% reduced lung capacity and have more respiratory problems, together with effects on their nervous, immune and cardiovascular systems”. The same month Keith Taylor, Green MEP for South-East England wrote in the Ecologist that he would be campaigning for PM Theresa May to enshrine in UK law a new Clean Air Act to ensure strong, effective protection of public health from air pollution.

A Guardian editorial underlined the reasons for political inaction on air pollution: “A problem that cannot be seen is one that politicians will generally choose to ignore. That natural human tendency is dangerously short-sighted. When it comes to air pollution it is literally lethal.”

True, invisible NOx and particulate pollution have been ignored for far too long. And now our shared biosphere is being increasingly polluted by another type of invisible emission, also a product of short-sighted policies that ignore long-term effects on health: emissions from wireless technologies, namely man-made radio-frequency (RF) electromagnetic fields (EMFs).

Anthropogenic RF radiation (RFR) is a form of energy pollution whose abundance grows as more and more wireless technology—smart meters, 5G, IoT, etc.—is deployed. RFR needs to be recognised as the pollution that it is, and all those who care about the environment and public health need to realise that the wireless revolution is causing massive biophysical changes to our planet, changes to which living beings are not biologically adapted.

Professor Olle Johansson of Sweden’s Karolinska Institute notes that man-made EM levels are currently permitted to exceed natural background levels by up to a quintillion (1018!) times. Typical levels to which we are exposed in our everyday lives are, at the very least, several thousand times greater than natural background levels (see powerwatch.org.uk). In contrast to natural EMFs, man-made EMFs are also polarized, a characteristic that seems to make them more biologically active.

Many of our metabolic processes depend on exquisitely small EMFs, so it should perhaps come as no surprise that man-made EMFs, even at very low, non-thermal levels of exposure, can interfere with these processes. There is now a substantial body of scientific evidence that anthropogenic EMFs at levels well below current exposure limits perturb our bodies’ homeostasis and can adversely impact health.

In 2011 a review of the scientific research published in this field led the International Agency for Research on Cancer (IARC) to classify RFR-EMFs as a 2B ‘possible’ human carcinogen. While RFR does not yet sit alongside diesel exhaust fumes, tobacco and asbestos as a class 1 ‘certain’ carcinogen, some scientists think that recent research means the IARC classification should be upgraded from class 2B: in March 2018 The US National Toxicology Program’s $25m study on the effects of mobile phone radiation was peer-reviewed. One of the review panel’s principal conclusions is that there is ‘clear evidence of carcinogenic activity’: rats exposed to RFR developed rare heart tumours (schwannomas). The panel also confirmed ‘some evidence’ of a link between RFR and brain cancer.

Yet cancer is just one possible outcome; many other health impacts have been described or are suspected. This prompted over 200 scientists from 41 nations, all specialists in the biological effects of EMFs, to sign the International EMF Scientist Appeal in 2015. Effects of low intensity EMF noted include cellular stress, free radical formation, increased permeability of the blood-brain barrier, and genetic damage. Other potential effects include learning and memory deficits, neurologic/neurotransmitter disorders, reproductive effects, and negative impacts on general well-being. Growing evidence of effects on plant and animal life was also noted.

As is the case with air pollution, foetuses, babies and children appear to be particularly vulnerable to man-made EMFs. IARC’s 2011 Monograph on RFR and health states: “In children using mobile phones, the average deposition of RF energy may be two times higher in the brain and up to ten times higher in the bone marrow of the skull than in adult users.” Children’s bodies absorb more radiation; as the cells of their developing immune and nervous systems are dividing more rapidly, damage is more quickly replicated. The American Academy of Pediatrics states: “Children are not little adults and are disproportionately impacted by all environmental exposures, including cell phone radiation.”

Even ICNIRP (International Commission on Non-Ionizing Radiation Protection), whose contested exposure guidelines the UK follows, recognises that some parts of the population such as children are potentially more vulnerable than others: “Different groups in a population may have differences in their ability to tolerate a particular NIR [Non-Ionizing Radiation] exposure. For example, children, the elderly, and some chronically ill people might have a lower tolerance for one or more forms of NIR exposure than the rest of the population”.

The greater vulnerability of children is implicitly recognised by the UK Department of Health, which recommends that children should only use mobile phones for essential purposes and that all calls should be kept short. The UK health authorities, however, have done little to promote this advice, and many parents are unaware that it even exists.

Recently, ‘Dieselgate’ reminded us that governments and health agencies are under corporate pressure to relax regulations. In March last year Sir David King, former chief scientific adviser, admitted on the BBC’s Today programme that cutting fuel duty on diesel cars had been a mistake and that the government had been misled by the car industry into thinking clean diesel technology was possible. Citing the VW emissions scandal, King stated: “They [VW] were designing into the engine of vehicles a system that would in effect produce a very good result on the test bed and then deteriorate when it was on the road”.

If ‘Dieselgate’ received wall-to-wall media coverage in the UK when the story broke, ‘Phonegate’ has received next-to-none. French medic Dr Marc Arazi had to go to court in order to obtain the incriminating information, finally released in June 2017. Tests conducted by ANFR, the French government agency charged with managing the EM spectrum and public exposure levels, measured the SAR (Specific Absorption Rate) ratings of a number of different models of mobile phone. (The SAR indicates the amount of radiation absorbed by the body when the phone is in use: the higher the SAR, the more radiation is absorbed.) In 89% of the phones tested, SAR levels exceeded manufacturers’ claims by up to several times when they were used as people actually use them, i.e. pressed against their head and ear or carried on their body—laboratory tests allow a space of up to 25mm between the test dummy and the device. Some SAR levels also exceeded the legally permitted limit in the EU of 2W/kg. The ‘official’ manufacturer’s SAR level for the Blackberry Z10, for instance, was 0,934 W/kg, but when held against the body it was found to be 6,8 W/kg. More than 25% of the models of mobile phone tested exceeded 4W/kg when held directly against the body.

While the Guardian and Greenpeace recently reported on the illegally high levels of toxic air near nurseries and schools, they remain silent on the RF pollution to which children are exposed in educational institutions. Most schools and nurseries are now equipped with WiFi, and as many children now own a mobile phone they are spending their entire lives bathed in a cocktail of RF pollution. Although the levels of RFR to which children are exposed at school may be within legal limits, the evidence that low-level, everyday exposure has biological effects which can be detrimental should not be ignored. Our obsolete exposure guidelines also take no account of chronic, cumulative exposures. Places where children spend about 7 hours a day for up to 14 years should, therefore, be made low-RFR areas as a priority, as called for by the Reykjavik Appeal of February 2017.