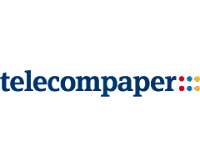 The Swiss government is preparing changes to the country's limits on electromagnetic radiation from mobile networks, in order to prepare the way for 5G networks. The new regulation is expected to be adopted by spring 2019. In addition, the government set up a working group under the federal environment office to make recommendations on the matter for the longer term.

The group composed of stakeholders in the matter will look at the needs for mobile networks and the risks of the radio emissions over the short and medium term, particularly in relation to 5G. It will consider changes to the maximum limits, while taking into account the principal of precaution, the government said in a statement. A final report and recommendations will be presented by mid-2019, and the federal communications office Bakom will help coordinate the work of the group.

In the mean time, the environment office Bafu is preparing the update to the ordinance on current limits, focusing on the spectrum band 900 to 1,800 MHz and the introduction of new surveillance methods to track the emissions.

In march, the Swiss Federal Council rejected by a narrow margin a relaxation in the radiation limits. The mobile operators have continued to lobby for changes, saying the current strict limits will hold back the roll-out of 5G networks.