Who Wants to Go After Dr. Arazi?

Message from Dr. Marc Arazi (translation): "Since the revelation of the Phonegate scandal two and a half years ago, I have had to overcome many obstacles, it is truly an endless marathon. And these serious incidents do not make things any easier. They affect my loved ones, they affect me, making me feel the fragility of the whistleblower. What makes me feel good is the feeling of defending a just cause, the health of billions of mobile phone users. It is also your support, more and more numerous every day, coming from all over the world and your thanks for the successes obtained by our association Phonegate Alert. The fight with the mobile phone giants is unequal to say the least, but together we are stronger and we will obtain recognition for the victims and condemnation of the industrialists. Thank you again for all your support."
---
This Google translation of the recent article published by L'Age de Fer was communicated under the title, "Who wants to go after Dr. Arazi?" by Lloyd Morgan, Senior Research Fellow with the Environmental Health Trust, to members of the EMF Working Group at the Collaborative on Health and Environment.  We thank him very much.  (We have made only a few minor changes, leaving the translation as is in the communication.) 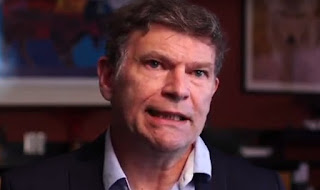 The day of a lawsuit against the Frequency Agency, the whistleblower Marc Arazi discovered the tires of his car flat. The day before, his dog had collapsed.

Nogent-sur-Marne, a posh town of 32,000 inhabitants located in the Val-de-Marne, is not famous for its news. Even BFM-TV cannot shoot any garbage on fire, that's right. Marc Arazi (photo) can testify to the tranquility of the place: he has been living there for eighteen years, and had not experienced or observed any act of vandalism until very recently. He did not live hidden: whistleblower of the "Phonegate" scandal, he also took part in two election campaigns against the incontrollable Mayor Les Républicains, Jacques JPMartin, reelected without interruption since 2001. But no intimidation to deplore, no offense to denounce. Until Friday, December 14, 2018 when he discovers that the four tires of his old Renault Espace, parked 50 meters from his home, were flat.

It's a bad thing, because that day, Marc Arazi has just to go to a hearing in the administrative court of Melun, before which he attacks the National Frequency Agency (ANFR), to summon it to make public some documents. However, these documents are sensitive: they could show that the ANFR was aware of the dangerousness of most mobile phones put on the market, but said nothing. If that were the case, it would jeopardize not only the integrity of the agency, but also the responsibility of the mobile phone industry. Not a little thing, so ...

Especially since the work of associations, including Alerte Phonegate of which Marc Arazi is president, has already changed the situation. Thus, while manufacturers seemed to be able to market their phones with impunity, the ANFR now seems a little more eye-catching on compliance with the regulatory limits of the SAR (specific absorption rate, which indicates the level of waves emitted by your cellphone). A first phone was removed from sales in April 2018 and since then nine others have been withdrawn or updated to lower their SAR. But Marc Arazi is demanding even more transparency from the ANFR and the withdrawal (or updating) of 240 other phones, which he suspects of not meeting the standards!

Would that explain the flat tires of his car? In any case, his vehicle was the only one to have been vandalized that night, the municipal police of the town told him. Moreover, the evening before the trial, he had already had the unpleasant surprise to see his dog suddenly collapse after a short walk in the garden. The animal, which is not dead, may probably have been intoxicated, the veterinarian said. A complaint has been filed against X.

"There is currently no evidence, other than the elements of "timing", proving that these events would be an attempt to intimidate our actions. But it's still very disturbing ... "
- Marc Arazi

The court of Melun, for its part, has given reason to ANFR: to date, the agency is not forced to make public the full and original versions of its studies.

An online petition supports the removal of the 250 cell phones deemed dangerous: click here to access. [The petition, at 31 January, now has 5,011 signatures.]