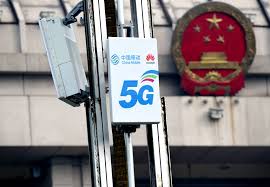 As the wireless industry races to install thousands of new cellular sites to create super-fast 5G networks, questions about the impact of the new technology on human health may delay its arrival, one Wall Street analyst warns.

In the U.S., both the Food and Drug Administration and the Federal Communications Commission say there is nothing to worry about. Most studies have not linked radio signals from mobile phones and cell towers to disease, the agencies say.

But some researchers have found heightened risks from cellular networks, and additional research will be coming over the next few years, HSBC Securities analyst Sunil Rajgopal said in a new report on Tuesday. The World Health Organization’s International Agency for Research on Cancer classified cellular radio waves as a possible carcinogen in 2011 and is undertaking a “high priority” study seeking a more definitive answer, he added.

“The race to 5G could be slowed by alleged health concerns related to radio frequency,” Rajgopal writes. “These concerns have been around as long as mobile phones, but there have been a number of recent regulatory/public initiatives demanding delays or outright bans on the rollout of 5G.”

Rajgopal’s report cited a number of countries and U.S. states that have slowed or stopped 5G deployments due to health risks. In Belgium last month, for example, the government halted a 5G test in Brussels over difficulty in measuring radiation emissions. Switzerland has also started to delay 5G rollouts and will create a radiation monitoring system. In New Hampshire, lawmakers are considering establishing a commission to study the health impacts of 5G networks. And Mill Valley, Calif., near San Francisco, last year banned new 5G wireless cells.

But many more states, including Florida, Maine, and Ohio, are following the lead of the FCC and have adopted or are considering legislation to speed the installation of 5G cell sites.

The carriers, mainly through their industry trade association, CTIA, have adamantly denied any harmful effects from wireless network transmissions and equipment. They’ve set up a web site, Cellphone Health Facts, that cites research from the American Cancer Society and the National Institutes of Health, among others, that concluded there were no risks.

CTIA said it hadn’t seen the HSBC report and could not comment on it directly. But the trade group reiterated its position that “the scientific evidence shows no known health risk to humans due to the RF energy emitted by antennas and cellphones.” Since the introduction of cell phones in the 1980s, the rate of brain tumors in the United States has declined, the group added.

Typical 4G cell networks transmit at frequencies such as 700 MHz and 2.5 GHz, well below the much higher wavelengths, like X-rays and gamma rays from medical devices and radioactive treatments, that can cause cancer and other health problems. Some of the new 5G networks will use higher bands, like 28 GHz, which still do not emit ionizing radiation like x-rays and gamma rays. One question for future studies is whether there is any mechanism by which the non-ionizing transmissions could harm human tissue.

Although Verizon, Sprint, and AT&T are just starting to offer 5G phones, they aren’t likely to generate much new revenue from 5G service for the next few years, Rajgopal notes. The main losers from slower 5G deployment would be equipment makers like Nokia and Ericsson and phone makers like Apple and Samsung.

For phone makers, “the slow moving and scattered 5G rollouts may possibly dampen upgrade momentum,” Rajgopal writes. With fewer exciting features to lure consumers to buy new models, the manufacturers may have to resort to discounting, he says.