Phonegate: [Press release] The flaws in the control of mobile phones by European and international authorities 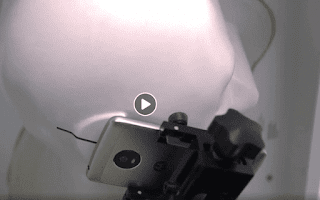 In a press release published on October 4, 2019 on its website, the French National Frequencies Agency (ANFR) announced the withdrawal from the market and the recall of the ECHO Horizon Lite phone following measures to control the specific absorption rate (SAR) “trunk” which revealed that the authorized regulatory limit had been exceeded.

ANFR also sanctioned the French distribution company MODELABS MOBILES, which markets this model, with an administrative fine of €7,500. The SAR “trunk” of the Echo Horizon Lite was measured at 2.38W/kg in May 2018 and at a higher level of 2.84 W/kg after ANFR requested the update of this phone. To our knowledge, this is the first time that a company has been financially sanctioned for this reason.

Since we issued the alert, this is the eighteenth smartphone model pinned in France by ANFR for exceeding the SAR “trunk” or “head”.

Phones are placed on the market by their manufacturers or distributors with information on SARs provided by these companies under their sole responsibility.

In France, with around sixty tests carried out each year, a small proportion of mobile phones placed on the market are effectively controlled with, as we can see, an average of almost 20% of them posing a risk to the health and safety of users. The situation is much worse in Europe, where only the Netherlands also carries out some controls, kept confidential, and nothing for the rest of the European countries.

Even more worrying: mobile phones identified by ANFR as exceeding the SAR are not subject to any measures for withdrawal from the market, prohibition of their use or update in other European Union countries. We were able to discuss this subject at length when we came to the European Parliament on October 1, 2019 at the invitation of Michèle Rivasi, Klaus Buchner and Philippe Lamberts.