What did Apple know about falling iPhone demand in China? Judge says shareholders can sue to find out

What did Apple know about falling iPhone demand in China? Judge says shareholders can sue to find out

By Ryan Fernandez – Associate editor, Silicon Valley Business Journal
Nov 6, 2020
Apple shareholders have accused it and CEO Tim Cook of defrauding them over iPhone sales in China, and an Oakland judge now agrees that company must face a proposed class-action lawsuit.

Specifically, the shareholders — led by the U.K.-based Norfolk County Council as Administering Authority of the Norfolk Pension Fund — want to know what Cook and company knew about falling demand for iPhones back in 2018. They’re saying that Apple was concealing that knowledge from them, which resulted in investor losses amounting to billions of dollars.

In the case called “In re Apple Inc Securities Litigation, U.S. District Court, Northern District of California, No. 19-02033,” U.S. District Judge Yvonne Gonzalez Rogers decided on Wednesday that the shareholders had grounds to sue. In a 23-page decision, Rogers wrote that it was plausible that Cook’s statements in a 2018 analyst call were false and misleading.

According to Reuters, the statement in question was made on Nov. 1, when Cook spoke about sales pressures in emerging markets: “I would not put China in that category,” he said.

A few days later, Apple told suppliers to cut production, and later cut its quarterly revenue forecast by $9 billion on Jan. 2, 2019, with Cook blaming U.S.-China trade tensions that put pressure on the Chinese economy. The next day saw a 10% loss in Apple’s share price, erasing $74 billion in market value.

In her decision, Rogers wrote that the plaintiffs had a “cogent and compelling inference that Cook did not act innocently or with mere negligence.” While he might not have known specifics, it “strains credulity” that he wouldn’t have known about the effect of trade tensions on Apple.

Reuters reports that Apple and Cook have said there is no proof of either fraud or intent to commit fraud against the plaintiffs. There was no further comment as of publication time.
[Link to Judge Rogers' decision: ORDER GRANTING IN PART AND DENYING IN PART DEFENDANTS’ MOTION TO DISMISS THE REVISED CONSOLIDATED CLASS ACTION COMPLAINT]
http://securities.stanford.edu/filings-documents/1069/AI100_18/20201114_r01x_19CV02033.pdf 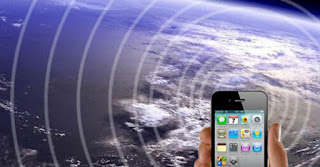