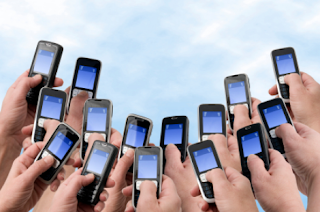 This appropriate warning came from Dr. Carlo:“When you put the science together, we come to the irrefutable conclusion that there is a major health crisis coming, probably already underway. Not just cancer, but also learning disabilities, attention deficit disorder, autism, Alzheimer’s, Parkinson’s and psychological and behavioral problems—all mediated by the same mechanism (RFR).”

Think before using your cell phone for extended periods. It is thought that Beau Biden found this out the hard way through his death.

The public has been intentionally misled by industry and utility propaganda to believe that smart meters are safe because cell phones are safe. The usual defensive comment is that a smart meter will emit less Radio Frequency Radiation (RFR) than a cell phone call. So why should we worry?

Compared with adults, research on children shows that microwave radiation is absorbed twice as much into their brain, up to triple in their brain’s hippocampus and hypothalamus and up to ten times as much into the bone marrow of the skull. Frightening is that half of the world’s four billion cell phone users are under twenty.

This link conveys the findings of Dr. George Carlo, who oversaw the comprehensive research group Wireless Technology Research (WTR) commissioned by the cell phone industry in the mid-1990s. When Carlo’s research began to reveal how there were indeed serious health concerns with cell phones, the industry sought to bury the results. Carlo’s research has since been validated by a wealth of subsequent studies and has continuing relevance given the ubiquity of wireless devices.

“The main health concern with electromagnetic radiation emitted by wireless technologies is that EMF and RF cause a breakdown in the communication between cells in the body, interrupting DNA repair and weakening tissue and organ function.”

Is Anyone Sounding the Alarm?

In May 2015, 190 scientists from 39 nations submitted an appeal to the United Nations, UN member states, and the World Health Organization (WHO) requesting they adoptmore protective exposure guidelines for electromagnetic fields (EMF) and wireless technology in the face of increasing evidence of risk.

Although it is not as well known to the public, Lloyds of London considers the risk too high to cover claims for illnesses related to RF exposure from cell phone use. The Electromagnetic Fields Exclusion 32 states, “The purpose of the exclusion is to exclude cover for illnesses caused by continuous long-term non-ionizing radiation exposure through mobile phone usage. We will not make any payment on your behalf for any claim, or incur any costs and expenses, or reimburse you for any loss, damage, legal expenses, fees or costs sustained by you, or pay any medical expenses. This would include the microwave radiation and electromagnetic radiation emitted from Smart Meters.

The Industry Has Ignored the Warnings over Decades

Dr. George Carlo, mentioned above, was head of the WTR which began in 1993 to research the possibility of brain tumors and any other health issues related to cell phone use. Six years later, frustrated over inactivity by the industry to inform and protect the public, Dr. Carlo wrote the following letter to the CEO of AT&T.

Below are letter excerpts:

At the annual convention of the CTIA (The Wireless Association), I met with the full board of that organization to brief them on some surprising findings from our work. My understanding is that all segments of the industry were represented. At that briefing, I specifically reported: The rate of death from brain cancer among [cell phone] users was higher than the rate of brain cancer death among those who used [non-wireless] phones;

The most important measure of consumer protection is missing: complete and honest factual information to allow informed judgment by consumers about assumption of risk. I am especially concerned about what appear to be actions by a segment of the industry to [enlist] the FCC, the FDA and WHO with them in following a non-effectual course.”

The Industry Charade Continues Even Now

In November 2015 the “Wall Street Journal” reported on a case that is pending in the courts over cell phone radiation and brain cancer. Representatives for Motorola and the other defendants referred questions to the CTIA (the wireless industry trade group), which said in a typical industry statement: “peer-reviewed scientific evidence has overwhelmingly indicated that wireless devices do not pose a public health risk for adults or children.”

Of great interest is that brain tumors did develop in each of the 5 engineers who tested cell phones. At least 4 of the 5 have since died. “Cellular Telephone Russian Roulette”was written by Robert C. Kane, Ph.D., one of the engineers who lost his life to a brain tumor.

The recent tragic death of “Beau” Biden, the son of Vice President Biden and former attorney general of Delaware, has once again focused attention on what seems to have been the cause of Beau’s death. Scroll down in this article, which talks about Beau Biden’s brain cancer, where you will find a list of 23 deaths under the heading Political Brain Tumor Stats.

As one of the developers of cellular phones, R.C. Kane knows that “RF and microwave energy can be readily absorbed within the human body and that excessive energy absorption leads to tissue damage and death.” Plus “the frequency range most efficient at depositing Radio Frequency Radiation energy deep into muscle and brain tissue was assigned to cellular phones”(the same frequency emitted by smart meters).

In addressing the industry agenda, Dr. Kane had this to say:

“Business as usual amounts to utilizing their substantial resources to employ the various media to broadcast the industry ‘belief system’ that renounces or buries unfavorable scientific findings. A solid body of evidence confirms that: (1) cell phones expose operators to dangerous and highly damaging levels of radio frequency energy absorption; (2) the manufacturers, service providers, government, and scientists have been aware of the hazards; and (3) the manufacturers, service providers, and government have not warned the public.”

This appropriate warning came from Dr. Carlo, spotlighted earlier as head of the WTR:

“When you put the science together, we come to the irrefutable conclusion that there is a major health crisis coming, probably already underway. Not just cancer, but also learning disabilities, attention deficit disorder, autism, Alzheimer’s, Parkinson’s and psychological and behavioral problems—all mediated by the same mechanism (RFR).”