Has the WHO EMF Project Been Hijacked by ICNIRP? 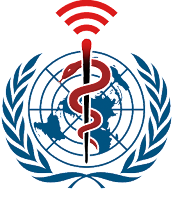 The canton of Geneva is just one of the many official bodies throughout the world citing the guidelines of ICNIRP and WHO claiming "no health effects" from exposure to radiofrequency electromagnetic fields in its directive for use of Wi-Fi in schools.

If you haven't already done so, please sign the the appeal, "Vote of no confidence in WHO's EMF Project":
http://olgasheean.com/who-emf/.

Dr. Lennart Hardell has placed the appeal on his Web site with a detailed explanation.

Has the WHO EMF Project been hijacked by ICNIRP?
lennarthardellenglish 28 Novenber 2916

Recently the following appeal has been posted at http://olgasheean.com/who-emf/:

Sign this VOTE of NO CONFIDENCE in WHO’s EMF Project

We, the undersigned, being aware of and/or harmed by the adverse biological effects of EMFs, hereby declare our VOTE OF NO CONFIDENCE for WHO and its EMF Project, headed by industry-biased Emilie van Deventer—an electrical engineer (with no medical or health credentials), who has publicized her support for the wireless telecommunications industry and has a major conflict of interest, given her industry-funded research aimed at promoting and advancing wireless communication technology.

1. Emilie van Deventer be immediately replaced by a qualified independent professional who has the appropriate medical credentials and a medically informed understanding of and respect for the millions of individuals experiencing microwave sickness/electromagnetic sensitivity, and who will act on the body of science that confirms the adverse biological effects of electromagnetic fields (EMFs).

2. WHO and its EMF Project take immediate action to acknowledge, and make science-based decisions regarding, the proven harm caused by EMFs, without any bias or regard for commercial or industry interests, and with full disclosure to the public. With a mandate of preserving the health of the global population and, via its EMF Project, of ‘investigating the detrimental health effects from exposure of people to non-ionizing radiation’, WHO must ensure its complete freedom from industry bias and corruption.”

IARC as part of WHO evaluated radiofrequency (RF) radiation in May 2011 and concluded it to be a possible human carcinogen, Group 2B. However, in a fact sheet issued by WHO in June 2011 shortly after the IARC decision it was stated that ‘To date, no adverse health effects have been established as being caused by mobile phone use’.

WHO has still not acknowledged health risks form RF radiation: ‘No major public health risks have emerged from several decades of EMF research, but uncertainties remain’.

WHO plans to publish in 2017 an Environmental Health Criteria Monograph on RF radiation. It has been open for comments and parts of our letter to WHO is shown below:

The following comments relate to section 12.1 Cancer Epidemiology. Due to the short time for submission of comments it is not possible to make a full review. That would require an in-depth review checking the original publications in detail.

Unfortunately the WHO draft does not state the names of the authors and any conflicts of interest. However, it must be clear that if any current or previous member of ICNIRP is part of this draft it would be a serious conflict of interest. ICNIRP has produced guidelines for radiofrequency electromagnetic (RF-EMF) exposure and accepts only thermal effects. Thus the large bulk of evidence on non-thermal effects is ignored, see the update of ICNIRP guidelines:

ICNIRP statement on the “Guidelines for limiting exposure to time-varying electric, magnetic and electromagnetic fields (up to 300 GHz)”. Health Physics. 2009; 97:257-8.

“However, it is the opinion of ICNIRP that the scientific literature published since the 1998 guidelines has provided no evidence of any adverse effects below the basic restrictions and does not necessitate an immediate revision of its guidance on limiting exposure to high frequency electromagnetic fields…..With regard to non-thermal interactions, it is in principle impossible to disprove their possible existence but the plausibility of the various non-thermal mechanisms that have been proposed is very low. In addition, the recent in vitro and animal genotoxicity and carcinogenicity studies are rather consistent overall and indicate that such effects are unlikely at low levels of exposure. Therefore, ICNIRP reconfirms the 1998 basic restrictions in the frequency range 100 kHz–300 GHz until further notice.”

ICNIRP has not published any later statement. Thus, ICNIRP has not changed their guidelines in spite of increasing evidence of adverse health effects from RF-EMF exposure. Being a present or a former member of ICNIRP creates intellectual bias, not the least to adopt their evaluation in any further review outside ICNIRP. In fact, it would be remarkable if an ICNIRP member comes to a conclusion other than the ICNIRP paradigm of “no health effects.”