WHO/IARC Position On Wireless And Health 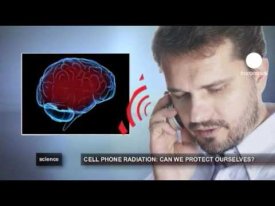 Please watch these videos of World Health Organization International Agency for the Research on Cancer’s Position on Wireless and Health.
[See original article.]


2. The Class 2B classification includes wireless radiation from any transmitting source such as cellphones, baby monitors, tablets, cell towers, radar, other wifi, etc.

It applies to RF-EMF in the range of 30 KHz to 300 GHz emitted from any device. This fact is detailed in The Lancet article and in the related press release in 2011. All wireless electronic devices emit RF-EMF (wireless radiation). It does not matter what type of device is the source. While cell phone use at the head results in highest exposures to the brain, many other devices emit lower levels of exposures that can have a cumulative effect on the whole body.

3. The WHO IARC Monograph states that research shows this radiation is absorbed deeper into children’s bodies than into adults.


4. The WHO IARC Director Christopher Wild recommended taking measures to reduce exposures until research on long term exposures is completed in light of the risk classification.

5. In 2010 WHO stated that significantly more research is needed.

The WHO has published a 36-page Research Agenda for Radiofrequency Fields (Wireless) detailing the critical research that still needs to be done with wireless, calling for research that looks at the connection with neurodegenerative diseases, cognition, and cancer—among other endpoints. Please note the following points made in the research agenda:


6.  WHO IARC scientists continue to publish research and commentary in medical journals detailing that there are no safety assurances with wireless. They state an urgent need for well done directed research.


7. Many WHO scientists who served as IARC advisors on RF Radiation for the 2011 working group now state that additional scientific evidence indicates that wireless radiation should be re-classified as a “probable human carcinogen.”

The following experts were part of the WHO IARC’s RF-EMF Review in 2011:


8. Dr. Hardell is an International Agency for the Research on Cancer expert and now states that wireless “should be regarded as human carcinogen requiring urgent revision of current exposure guidelines.”


9. In 2015 over 200 scientists appealed to the WHO and the United Nations to take immediate action to reduce health risks of wireless radiation and “the emerging public health crisis related to cell phones, wireless devices, wireless utility meters and wireless infrastructure in neighborhoods.”


10. On October 14, 2015, WHO scientists with expertise in wireless radiation wrote a Letter to the U.S. Secretary of Education detailing children’s unique vulnerability to the health risks of wireless technology.
The Doctors and scientists call for educating students on safer ways to use technology and for installing safer hardwired technology in school classrooms.