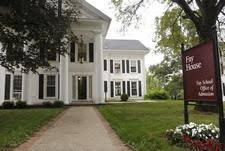 WORCESTER – A federal judge last week threw out most of the counts in a lawsuit brought by a boy and his parents who allege a Southboro private school’s wireless internet was sickening the student.

U.S. District Judge Timothy S. Hillman did, however, allow in his decision last Friday one remaining count of retaliation to proceed, keeping the family’s case against the Fay School and its head of school, Robert Gustavson, open.

The plaintiff in the dispute, “G,” who is represented by his parents, “Mother” and “Father,” filed the suit against the school two years ago in U.S. District Court in Worcester, when he was 12 years old. The family alleged the school would not sufficiently change its Wi-Fi practices to accommodate G, who the suit claims was being made ill by the internet signal in his classrooms.

Central to the family’s case is the existence of a condition known as Electromagnetic Hypersensitivity Syndrome, which causes symptoms like headaches and nausea when the person afflicted with the ailment is exposed to high levels of electromagnetic radiation.

The syndrome is not officially recognized as a distinct medical diagnosis by the World Health Organization, however. In his decision last week, Judge Hillman, while allowing, “for the sake of argument, that EHS is a genuine, albeit rare, affliction,” ultimately found there was no firm proof G’s symptoms were being caused by his school’s wireless internet.

“There is sufficient circumstantial evidence for a reasonable jury to find that something at the Fay School was impacting G, and this might be Wi-Fi, but it is impossible to conclude that the evidence on the record would allow a reasonable jury to find that a causal link has been proved without ‘unsupported speculation’ or ‘brash conjecture.’” Judge Hillman wrote in granting the defense’s motion for summary judgment against G and his family’s claim that the school was in violation of the Americans with Disabilities Act for failing to accommodate the boy’s condition.

The judge granted the Fay School’s summary judgment request for three other counts as well – breach of contract, misrepresentation and negligence – the first two of which had argued the school had also disregarded its own handbook in its treatment of G and his family. Judge Hillman wrote the handbook does not legally constitute a contract in the circumstances of their case.

He did find, however, there may be evidence the Fay School retaliated against G, violating the ADA, in reaction to his family raising a disability claim over the boy’s deteriorated health. Specifically, the plaintiffs’ claims the school prevented G from participating in school sports and omitted his brother from its 8th grade program were not convincingly rebutted by the school, according to Judge Hillman.

“Having failed to assert any non-retaliatory rationale for” those actions, he wrote, “the court is left to assume that the defendants have no defense.”

In a second part to his decision last week, Judge Hillman also ruled on the Fay School’s motion to exclude the testimony of several witnesses brought by the plaintiffs in the case. He denied that request for two doctors who had opined on G’s possible EHS diagnosis, but agreed to throw out testimony from a third doctor who claimed the boy’s condition was likely caused by the school’s Wi-Fi. He also excluded statements submitted by another doctor who is an expert in dosimeters, as well as the testimony of an electrician who weighed in on rewiring classrooms to reduce Wi-Fi exposure.

John Markham, the attorney representing G in the case, on Tuesday said he and his clients would be reviewing the judge’s decision and “studying (their) options” in the coming days.

According to Mr. Markham, G no longer attends the Fay School as of last year because of the school Wi-Fi’s effects on his health.

The Fay School could not be immediately reached for comment Tuesday.