Are Antidepressants Contributing to the Diabetes Epidemic? 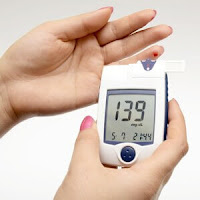 Are Antidepressants Contributing to the Diabetes Epidemic?
by Joe Graedon, The People's Pharmacy, 26 October 2017

We have been blaming the diabetes epidemic on overeating and a sedentary lifestyle. No doubt both contribute. Some antidepressants may also be contributing.


Younger People Are Part of the Diabetes Epidemic:

The rate of type 2 diabetes, formerly known as “adult onset diabetes,” has been rising rapidly among young Americans. While many experts attribute this increase to changes in diet, a new study indicates that medication use also plays a role.

Antidepressants and the Diabetes Epidemic:

An article in JAMA Internal Medicine (Feb. 2017) reported that roughly 1 in 6 Americans takes a psychiatric drug. Not surprisingly, antidepressants were at the top of the pyramid. Such drugs may be contributing to the diabetes epidemic.

Recently, researchers from the University of Maryland Schools of Pharmacy and Medicine collaborated to analyze medical records of 119,000 children and adolescents covered by Medicaid (JAMA Pediatrics, online Oct. 16, 2017 ). The investigators included only youngsters who had taken an antidepressant.

Those who were still taking a serotonin-type drug such as fluoxetine were roughly twice as likely to develop type 2 diabetes as those who took such a drug for only a short time. Higher doses appeared to create more risk. Other types of antidepressants did not appear linked to a higher risk for metabolic disruption.

Why Would Antidepressants Impact the Diabetes Epidemic?

Other studies suggest that SSRI medicines may interfere with the proper function of beta cells in the pancreas. Beta cells produce insulin, and when they fail, the patient develops diabetes. Although doctors have known about this effect of SSRIs for some time, they have seemingly ignored it.
For example, research published in the Journal of Biological Chemistry (Feb. 22, 2013) notes that:

“Long term use of SSRIs is associated with an increased risk of diabetes…Insulin resistance is a common pathological state in which target cells fail to respond to ordinary levels of circulating insulin. Individuals with insulin resistance suffer from impaired insulin action and are predisposed to developing type 2 diabetes, a 21st century epidemic…”

“In conclusion, we have demonstrated that SSRIs are potential inducers of insulin resistance, acting by directly inhibiting the insulin signaling cascade in beta cells…Given that SSRIs promote obesity and insulin resistance but inhibit insulin secretion, they might accelerate the transition from an insulin resistant state to overt diabetes. Further studies are therefore required to assess the clinical relevance of our findings and to devise effective means to block the adverse metabolic changes induced by SSRIs.”

Antidepressant medications are widely prescribed in the U.S. and around the world. Millions of people take selective serotonin re-uptake inhibitors (SSRIs) like citalopram (Celexa), escitalopram (Lexapro), fluoxetine (Prozac), sertraline (Zoloft) and paroxetine (Paxil). We suspect that few prescribers are paying attention to a possible connection with insulin resistance or type 2 diabetes.

Additionally, many other medications can also raise blood sugar levels. These include diuretics in blood pressure pills, estrogen, corticosteroids like prednisone and statins to lower cholesterol. For a more complete list of medicines that might increase the risk for diabetes, you may find our Guide to Managing Diabetes of interest. It also offers many nondrug approaches to helping control glucose. Perhaps prescribers should consider the possibility that some of the medicines they prescribe could be contributing to the diabetes epidemic.