Link to document from California Department of Public Health 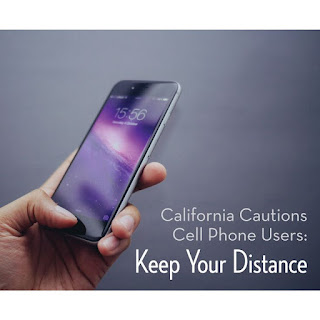 Although California's new cell phone warnings underplay the state of the science, many people consider this action by the largest state public health department to be a significant development in response to the efforts of wireless safety advocates to pressure our government to notify the public about the health risks from exposure to cell phone radiation.

The Division of Environmental and Occupational Disease Control in CDPH originally drafted these warnings in 2009, but despite the consensus of the Division to publish the warnings that year, CDPH refused to release them. The Division updated the warnings several times over the next eight years, but CDPH continued to suppress them until now.


The Federal health agencies and the American Cancer Society still underplay the known risks fromr wireless radiation exposure. The Federal safety limits for radio frequency radiation (RFR) exposure adopted by the FCC in 1996 are much too permissive. The Federal guidelines fail to protect us from non-thermal (i.e., non-heating) risks; yet, thousands of studies have found biologic effects from low-level exposure to electromagnetic fields (EMF) including RFR.

The FCC and Federal health agencies should now re-examine the safety standards for cellular and other wireless radiation in light of the science. The preponderance of the peer-reviewed research, including the National Toxicology Program cell phone study, demonstrates the need for stronger regulation of RFR.

The majority of scientists who have published peer-reviewed research on EMF and biology and health are calling for stronger regulation of EMF. The International EMF Scientist Appeal also calls for educating the public and health professionals about EMF-related health risks and ways to reduce these risks. These 236 scientists from 41 nations have published more than 2,000 papers in scientific journals.

I would like to thank the current leadership of CDPH for their courage to stand up to a powerful industry.

I would like to thank the dedicated health professionals within the CDPH who persisted in their efforts to release these warnings to the public during the past eight years.

I would like to thank all who have advocated for wireless safety in keeping this important public health issue alive -- especially the California Brain Tumor Association, the Environmental Health Trust, and Physicians for Safe Technology

See Electromagnetic Radiation Safety for a copy of the cell phone warnings, a chronology of their release to the public including my lawsuit against the California Department of Public Health (CDPH), and links to news coverage.