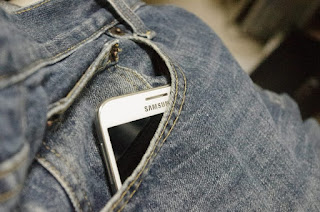 There can be a stigma out there, or an assumption, that when a couple is having a hard time conceiving, that it is likely the woman’s issue. This really isn’t the case, in fact about 50% of the time, male infertility issues are the reason the couple has failed to conceive.

My wife and I struggled with infertility for almost 2 years before we were finally able to have our baby girl. So this is personal for me. Although ultimately we were able to conceive, and we did find some issues along the way that were unrelated to environmental issues, I needed to understand how EMF radiation effects male fertility.

I found most of this when I was just researching for myself, how EMF radiation effects male fertility. I needed to know so I could do everything possible to make changes in my life. So do me a favor, if you get anything at all out of this article, consider sharing it with friends and family. You never know how information can have a positive effect on those around you. Click one of those social media buttons you see on the left, or at the bottom of this post.

How Do EMFs Damage Sperm?

Over the last half of a decade, male sperm count has declined tremendously, and continues to fall year after year. Studies have showed that as the worldwide decline in sperm count and sperm mobility continues, it is almost certainly related to our environment, and therefore should be ways to slow or stop this decline.

There are many environmental factors that we know play a role. These are things like smoking, drinking, not getting enough sleep, drugs, food choices, etc. Many of these are relatively easy changes to make, and those choices are often made as a couple begins the process of trying to conceive. However there are other environmental issues that are contributing to a decline in fertility.

One confirmed culprit in these infertility issues is certainly increased exposure to EMF radiation from cell phones, computers, wiring in our homes, cell towers, and everything else. This technology has made our world a more convenient and efficient place, but has the steep cost of dramatic health issues. EMF radiation from cell phones and other devices has been shown time and time again to not only lower sperm count, but also dramatically lower the effectiveness of sperm.

In 2014, a research article published in the Central European Journal of Urology, showed how just simply having a cell phone near sperm decreases the mobility and effectiveness of that sperm. The study used 32 men with healthy sperm. They took a specimen from each man, and split it into two samples. Both samples were placed in a thermostat, with one sample being next to a mobile phone in standby/talk mode.

As you’d probably guess, the sample next to the phone was negatively effected. This sample saw a decline in sperm motility and direction, as well as dramatically higher DNA fragmentation.

Ultimately the study concluded that although it is generally understood that in our modern world it is hard to imagine any individual to not use a cell phone,

Research has also shown in several studies that using a laptop directly on your lap, especially if that laptop is connected to wifi, will dramatically decrease sperm count and motility, as well as cause similar DNA fragmentation as to the previous study. An article published online in 2011 similarly showed that having a laptop on your lap for even just 4 hours can results in a loss of effectiveness in about 25% of sperm.

Another study of 361 men, and published online in 2008 concluded the following:

Use of cell phones decrease the semen quality in men by decreasing the sperm count, motility, viability, and normal morphology. The decrease in sperm parameters was dependent on the duration of daily exposure to cell phones and independent of the initial semen quality.

The study showed that men who used a cellphone for 4 or more hours a day, had a 40% lower sperm count than individuals who didn’t use a phone at all.

If this isn’t scary to you because you already have the family you’ve always wanted, it is important to know that sperm quality and quantity has been shown to be a great indicator of men’s overall health. Read this paper from harvard to find out more about why it is a great indicator, but just understand that when EMF radiation effects sperm, it also effects you.

How Do EMFs Effect Testicular Changes?

Save the Males, a UK based EMF Research trust launched a campaign a while back in an attempt to educate males about the dangers of cell phone radiation, and the effect it would have on fertility. The campaign practically begged men to not keep phones in their front pocket, and to instead keep it basically anywhere else. They placed posters all over the city in bathroom stalls and in front of urinals. When it comes to EMF Radiation and male fertility, distance from the source can be extremely important. Even having your phone a few millimeters farther away is safer.

Does Increased Cell Phone Use Lead to Increased Fertility Issues?

As we’ve already discussed, radiation from cell phones, laptops, and other devices certainly leads to adverse affects for sperm quality and quality in both humans and animals. An important question though: does increased use also increase the damage and fertility issues? Let’s expand on the 2008 study of 361 men to see how increased use effected them.

In that study, Ashok Agarwal used men who had been attending a fertility clinic, and seperated the men into essentially 4 groups based on their reported cell phone use. The 4 categories were:

As you would expect, there was a statistical adverse correlation between cell phone use, and average sperm count, viability, motility, and sperm morphology.

Essentially the more the men used their cell phones, the lower their sperm quality and quantity.

How Can I Stay Safe From EMF Radiation?

Since this article is about EMF Radiation and Male Fertility, i’m going to limit my suggestions here to things that more directly effect that. However, i’d encourage you to check out a few other articles on EMF academy to understand just how completely dangerous EMF radiation is, and what you can do about it.

At a minimum, i’d encourage you to check out my post on EMF Exposure Symptoms, as well as my article on EMF Radiation In The Bedroom.

Ok, now for a few of my suggestions for protecting yourself.

Don’t use your laptop on your lap!

This one is huge. As we talked about up above, having your laptop on your lap when it’s connected to Wifi is absolutely horrible for you. Now, I get it, “but it’s so convenient to have my laptop while i’m watching football!.” Believe me, I DO understand, (I’m writing some of this article from my lap.) If you’re going to though, at least get a radiation shield for your laptop. They make them specifically for this purpose. I have the EMRSS Proshield that I picked up from Amazon. According to the manufacturer, it’ll protect you from 100% of radiation, and reduce heat exposure from the laptop by as much as 99%.

Do not carry your cellphone in your pants pockets

After reading this post, I would hope that this one would be pretty self explanatory. We know that distance from the Electromagnetic Frequency Radiation (wrote it out for you this time!) source has a significant correlation to the damage. Try to keep your cell phone instead in your backpack, briefcase, or a table nearby when you’re not going somewhere.

Don’t text from your hip

Woah there Jesse James, no reason to hold your cellphone like you’re in a shootout. Keep that cellphone away from your hip when you’re scrolling through Instagram or texting
Minimize EMF Radiation in the home

You can check out my post on how to eliminate EMFs in the bedroom for some great tips for this. Essentially do things that make sense. Use wireless less, don’t sleep next to your cell phone, don’t stick your head in a microwave, etc.

Get an EMF Meter

This one kind of goes hand in hand with my last suggestion. Get a quality EMF meter (I like the Trifield, you can check out my full review, or pick it up from Amazon) and use it to locate trouble areas and devices in your house. It’ll measure all forms of radiation, and can help you to make changes in your home that will keep you, your sperm, and your whole family safer form EMFs.