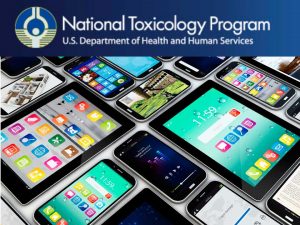 (Washington) The National Toxicology Program (NTP) division of the National Institutes of Environmental Health Sciences (NIEHS) is releasing the full results of its multi year study on mice and rats exposed to cell phone radiation today at noon EST.

“The NTP tested the hypothesis that cell phone radiation could not cause health effects. This hypothesis has now been disproved because partial results the NTP released last year show cell phone radiation has adverse effects. These same cells that became cancerous in rats are the same cells that are reported to turn into tumors in people in epidemiology studies of cellphone users,” remarked Ronald L. Melnick, PhD, Advisor to Environmental Health Trust (EHT) and the senior NIEHS toxicologist who designed the National Toxicology Program (NTP) study. Melnick pointed out that “in addition, the NTP reported DNA damage in some of the exposed animal groups. For children cancer risks may be greater than that for adults because of greater penetration and absorption of cellphone radiation in the brains of children and because the developing nervous system of children is more susceptible to tissue- damaging agents.”

“People could be receiving cell phone radiation exposures into their body that are far higher than the NTP studies. Recent tests on hundreds of phones tested by the French government found that most phones exceeded government allowable levels when they were tested in positions where the phone was touching the body. Some phones had radiation levels that were up to an estimated 9 times the allowable US limits,” stated Devra Davis, PhD, MPH, President of EHT referring to the scandal dubbed “Phonegate” after the French government agency refused to release the tests.

“Phones do not belong in pockets, laps or bras and we must limit our time on these,” Davis said pointing to the Cleveland Clinics recommendations to keep phones away from the body after their research found sperm was damaged after exposure to cell phone radiation.

“Even if there are no new findings. We have more than enough scientific evidence of harm to make policy changes. This is not just about cancer, peer reviewed research has also found many other effects, including damage to brain development,” she said pointing to a Yale studythat found mice exposed to cell phone radiation during pregnancy had poorer memory and increased hyperactivity.

“Scientists working for the state of California’s Department of Public Health (CDPH) and the Centers for Disease Control (CDC) developed guidelines for reducing cell phone radiation that have been suppressed for years. When the cities of San Francisco and Berkeley wanted to have a Right to Know Ordinance for cell phone customers to understand the radiation exposure hazard, the wireless industry sued them to prevent the information from being posted. San Francisco withdrew their ordinance, but Berkeley’s rule prevailed in court. The wireless industry is now appealing to the U.S. Supreme Court. People have right to know about cell phone radiation,” stated Davis.

“The evidence indicating wireless is carcinogenic has increased and can no longer be ignored,” stated physician epidemiologist Anthony B. Miller, MD, referencing several studies which include the 2017 re-analysis of data from the Interphone study, the 2014 French NationalCERENAT Study, several new publications on Swedish cancer data, as well as the 2016 NTP results. Miller is a physician epidemiologist and Senior Scientist to EHT who has been a longtime advisor to the World Health Organization and was Senior Epidemiologist for the International Agency for Research on Cancer.

“The NTP study should have been completed before cell phones came on the market, not decades afterwards. Worldwide over a dozen countries recommend reducing cell phone exposure, especially to children,” explains Theodora Scarato, Executive Director of theEnvironmental Health Trust (EHT). “Consumer Reports and the American Academy of Pediatrics have long issued advice to parents on how to reduce exposure. Even more importantly strong protective policy is needed for long lasting and meaningful change. Solutions exist. We need protections in place now”


EHT has several more recommendations on how to reduce exposure to cell phones on their website at https://ehtrust.org/take-action/educate-yourself/10-things-you-can-do-to-reduce-the-cancer-risk-from-cell-phones/