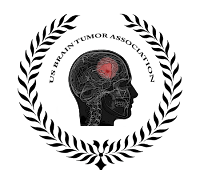 "What most people do not understand is that THE FDA DOES NOT DO SAFETY TESTING OF WIRELESS DEVICES BEFORE THEY ARE RELEASED ONTO THE MARKET EXPOSING MILLIONS OF PEOPLE. The FDA does not do post market safety surveying to see how heavy users are developing more cancer and neurological disorders like they do with drugs and medical devices. We are seeing a dramatic increase in brain tumors in the three areas of the brain that get the most radiation from cell phones: frontal lobe, temporal lobe, and cerebellum. The Italian Supreme court has already ruled that cell phones can cause brain cancer. In essence without premarket safety testing, we have become the lab rats in a massive human experiment of nonionizing radiation health effects," insists President of US Brain Tumor Association Kevin Mottus.

In toxicology and cancer studies like those conducted by the NTP, we need higher exposure levels so we can extrapolate these findings to the larger population and to better understand the relationships between dose and health effects. This is standard practice in Toxicology and the FDA is taking advantage of the public not understanding this. We chose wireless radiation levels that would create radiation levels in the brain of rats comparable to those permitted by current FCC exposure guidelines.

Rat studies have been the gold standard for predicting toxicity and carcinogenicity in humans for decades even by the FDA's in their own studies so why now is there no direct relationship between the results of this study and human cell phone use? Why then did the FDA nominate this study which cost $30 million of tax payer money and took 16 years if they thought it was irrelevant to humans? The NTP study was qualitative research and it did its job–it proved that wireless nonionizing radiation can cause cancer and DNA damage nonthermally which was previously believed to be impossible by proponents of the wireless industry and others. Now the FDA is suppose to do its Quantative Risk Assessment to determine its health risk to humans but it refuses to do so and insists on making these misleading statements that mask the conclusive findings of this study.

The important lesson we should learn from the NTP studies is that we can no longer assume that any current or future wireless technology is safe without adequate safety testing" (ron.melnick@gmail.com).

The Italian Supreme Court has ruled that cell phones can cause brain tumors. In this country, we can no longer pretend the evidence is inconclusive; the NTP study provides conclusive evidence that wireless radiation can cause cancer and other serious effects. The FDA statement failed to take into consideration the fact that no one is only exposed to one source of wireless radiation today as in the NTP study. Most of us are exposed to a multitude of low and higher frequencies at varying distances for most if not all of the day.

Yes WiFi and 5G do have different frequencies and modulations; they pulse more and 5G will be more highly modulated to carry more data. Pulsation and modulation are both factors which our scientists believe contribute to the bioactivity of wireless radiation rather than power and heating which has been proven by the NTP study as an incorrect assumptions when determining the safety of wireless radiation and our safety guidelines which are based on this false assumption must be updated immediately.

"Action must be taken to protect our population and minimize our exposure to carcinogenic wireless radiation; obviously the FDA is shirking their responsibility to protect us based on their statement released Thursday. This is unacceptable and the FDA should be held responsible for the unnecessary sickness and death caused by harmful wireless radiation exposure," insists Kevin Mottus President of US Brain Tumor Association.