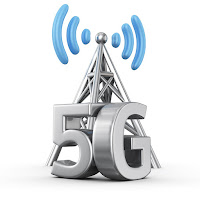 Scientists and doctors have already warned of serious health effects of 5G Technology for human health and the environment
This first EU 5G Appeal was initially submitted in September 2017 to the European Commission demanding a moratorium on the increase of cell antennas for planned 5G expansion. Concerns over health effects from higher radiation exposure include potential neurological impacts, infertility, and cancer.

“We the undersigned scientists and doctors recommend a moratorium on the roll-out of the fifth generation, 5G, for telecommunication until potential hazards for human health and the environment have been fully investigated by scientists independent from industry. 5G will substantially increase exposure to radiofrequency electromagnetic fields (RF-EMF) on top of the 2G, 3G, 4G, Wi-Fi, etc. for telecommunications already in place. RF-EMF has been proven to be harmful for humans and the environment…” READ EU APPEAL HERE

5G is the next generation of mobile and wireless communication. It will provide faster speeds (up to 100 times) and higher capacity transmissions to carry the massive amount of data that will be generated from the Internet of Things (IoT), driverless cars, smart cities and towns, drones, and for faster video streaming. There are even plans to provide 5G from space, meaning thousands of satellites to cover every square inch of the earth with wireless radiation.

5G will include the higher millimeter wave frequencies never before used for internet and communications technology. The 5G deployment proposes to add frequencies in the microwave spectrum in the low- (0.6 GHz – 3.7 GHz), mid- (3.7GHz – 24 GHz), and high-band frequencies (24 GHz and higher) for faster communications. As these higher frequencies do not travel far and are blocked by buildings, this system will have to use a dense network of fixed antennae outdoors every 300 meters as well as indoor systems. This radiation, like the 2G, 3G, 4G telecommunications systems, has not had pre market testing for long term health effects despite the fact that people will be exposed continuously to this microwave radiation.

It is argued that the addition of this added high frequency 5G radiation to an already complex mix of lower frequencies, will contribute to a negative public health outcome both from both physical and mental health perspectives.

Environmental effects of existing RF radiation have also been ignored. 5G will massively increase the microwave and millimeter wave radiation in our environment, and will have a detrimental effect on wildlife and trees. 5G will substantially increase exposure to radio–frequency electromagnetic fields RF-EMF, that has already been proven to be harmful for humans, animals and the environment.

Risks from 5G include:

Some research on non-thermal effects has shown that millimeter wavelengths target cell membranes and have adverse biological effects as well as clinical effects such as cataracts, immune system alterations and physiological effects on the heart and blood pressure. Betzalal et al (2018) have demonstrated that the sweat glands which are coiled structures in the upper layers of the skin can act as antenna receiver for 5G sub-THz band wavelengths. If not stopped, there may be a serious illness explosion.

Here is what some experts are saying about 5G:

“The new 5G wireless technology involves millimeter waves (extremely high frequencies) producing photons of much greater energy than even 4G and WiFi. Allowing this technology to be used without proving its safety is reckless in the extreme, as the millimeter waves are known to have a profound effect on all parts of the human body.”
-Prof. Trevor Marshall, Director Autoimmunity Research Foundation, California

“The plans to beam highly penetrative 5G milliwave radiation at us from space must surely be one of the greatest follies ever conceived of by mankind. There will be nowhere safe to live.”
-Olga Sheean former WHO employee and author of ‘No Safe Place’

“It would irradiate everyone, including the most vulnerable to harm from radiofrequency radiation: pregnant women, unborn children, young children, teenagers, men of reproductive age, the elderly, the disabled, and the chronically ill.”
-Ronald Powell, PhD, Letter to FCC on 5G expansion

“Along with the 5G there is another thing coming – Internet of Things. If you look at it combined the radiation level is going to increase tremendously and yet the industry is very excited about it…. they project 5G/IoT business to be a $7 trillion business.”
-Prof. Girish Kumar, Professor at Electrical Engineering Department at IIT Bombay

“However, no matter what the future research will show, the 5G technology will be by then fully deployed and without any possibility of reverse because the whole future life of the humanity will be based and dependent on the functioning of the 5G radiation-emitting devices. This is a unique situation in the history of the human kind when the whole human population will be exposed to man-made devices emitting non-ionizing radiation that was insufficiently tested before deployment. What is and what will be the responsibility of the scientists, decision-makers and industry leaders who permit deployment of insufficiently tested technology that will affect us all? The answer is simple – no responsibility… because if any health problems will show up in the future, these will most likely take tens of years of time to manifest and, by then the persons that currently enable deployment of insufficiently tested radiation-emitting 5G technology will be retired or the proverbial “six feet under”. Dariusz Leszczynski, PhD, DSc

“The risks to health from non-ionizing electromagnetic fields are controversial.

However, the scientific evidence that indicates grave dangers continues to grow: increase in the risk of cancer, infertility, learning and memory deficits, neurological disorders, electrohypersensitivity…

In recent years we have seen accusations by citizens groups and by scientists, researchers and experts (independent of industry) about conflicts of interest of the committees that decide on the permitted levels to which the entire population is exposed.

According to many experts more and more research points to the necessity to upgrade the classification of radio frequency radiation as a carcinogen to 2A or even to 1.

(Mobile telephony, WiFi, cordless telephones…) This together with evidence of important non-thermal biological effects reinforces the need to apply the precautionary principle in relation to lowering the levels of exposure, with special attention to the most vulnerable groups such as children.

In contrast, the march toward 5G technology involves a radical increase of levels of electromagnetic pollution. Therefore 180 doctors and scientists from 36 countries have written a letter to the European Union demanding a moratorium on its implementation.

Meanwhile the industry tries to make its message about lack of harm prevail through large investments in the media and in ill-concealed lobbying.

We think this at least merits a profound public debate.” Arthur Firstenburg cellphonetaskforce

The original source of this article is Electromagnetic Sense Ireland