Sounding the Alarm About Wireless Radiation and 5G

Sounding the Alarm About Wireless Radiation and 5G
By the Children’s Health Defense Team, 20 December 2019 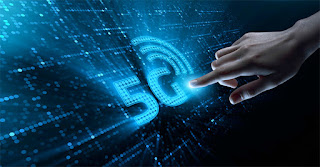 Science on the health risks of wireless radiation has been accumulating for decades. Heedless of the dangers, government and the telecommunications (“telecom”) industry continue to propagate wireless technologies and infrastructure, helped along by captive regulatory agencies and successful efforts—including legislative—to silence public debate about health effects.

At the same time, media campaigns and apps designed to addict the public—and especially children—have been effective in generating consumer enthusiasm. As a result, the wireless transformation has been hugely profitable. Wireless devices now outnumber Americans, and a majority of the population prefers mobile phones to “other popular products and activities” such as chocolate and dating. Since the fourth generation of wireless/cellular technology (4G) rolled out in 2010, there has been a 73-fold increase in mobile data use.


Among those sounding the alarm about 5G’s unprecedented saturation of the planet with wireless radiation are those who recognize that existing 2G, 3G and 4G telecommunications networks already are far from benign.

With the buildout of 5G infrastructure, the tide of public opinion may belatedly be turning. While telecom and satellite companies proceed with “aggressive” and “unlawful” plans to “densify” existing 4G networks and establish a “bedrock” for 5G networks, communities around the world are starting to raise questions. Among those sounding the alarm about 5G’s unprecedented saturation of the planet with wireless radiation are those who recognize that existing 2G, 3G and 4G telecommunications networks already are far from benign.

Safe technology advocate and anti-5G activist Dafna Tachover an attorney and MBA who has a technology background from her service as a telecommunications and computer officer in the Israeli Defense Forces—knows whereof she speaks. Like many other individuals, Dafna developed debilitating microwave sickness from wireless technology in 2009, even before 4G. Dafna is passionate about protecting children and is joining forces with Children’s Health Defense to direct CHD’s Stop 5G & Wireless Harms Project.

A few courageous members of Congress have pointed out that there is zero evidence that the headlong rush to deploy small cells on every street corner is safe—and there is considerable scientific and human evidence to the contrary.