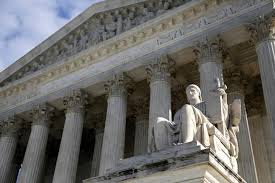 The Supreme Court on Monday rejected a free-speech challenge brought by the CTIA, telecom industry trade group, against a Right to Know law issued by the Berkeley California City Government that requires cell phone retailers to inform customers that phones emit radiation that can exceed limits when close to the body. Previously, the 9th U.S. Circuit Court en banc upheld the Berkeley ordinance concluding that the public health issues at hand were “substantial” and that the “text of the Berkeley notice was literally correct.”

In 2011 and again in 2015 I testified on behalf of the Berkeley citizens in this case. Four years later, this monumental moment is a sweet victory for the fearless Town Council, its hard-working citizens, advisors like the unintimidatable Joel Moskowitz, Ellie Marks, Lloyd Morgan and Harvard Law Professor Lawrence Lessig who argued the case pro bono. Lessig helped craft the elegantly drafted law after an earlier effort by San Francisco fell victim to industry legal machinations.

The Berkeley Cell Phone Right To Know Ordinance requires retailers to post a notice with the following text:

"The City of Berkeley requires that you be provided the following notice: To assure safety, the Federal Government requires that cell phones meet radiofrequency (RF) exposure guidelines. If you carry or use your phone in a pants or shirt pocket or tucked into a bra when the phone is ON and connected to a wireless network, you may exceed the federal guidelines for exposure to RF radiation. Refer to the instructions in your phone or user manual for information about how to use your phone safely.”

The court agreed that our precious First Amendment guarantees that we have the right to know that cell phones emit radiation and that levels can be exceeded when phones contact the body. Astonishingly, the industry argued that compelling them to provide information about tested distances set for large adults denied their right to keep this information hidden as part of their right to free speech.

Investigations at FCC accredited labs by the Chicago Tribune, the law firm of Fegan Scott, and CBC Broadcasting, as well as tests of hundreds of phones by the French government disclosed that the Berkeley advice may well understate exposures. Some of the most popular smartphones emit up to 11 times as much radiation as permitted under outdated FCC radiation exposure guidelines when tested against the body.

The rights of the citizens of France and California should be extended to the rest of us. We need a national Right to Know provision on cellphone radiation that should extend to other avoidable toxic hazards. We also need Congressional Oversight Hearings to uncover just how this industry managed to keep information on tested distances obscured for so long, especially in light of the fact that infants, toddlers and young school children are now targeted markets.

Just like with tobacco and automobiles decades ago, the public has a right to know about how to avoid or lessen dangerous impacts of products that make companies billions in profits every year. Cell phones will only acquire the equivalent of airbags and seatbelts when information about safer technology can no longer be buried six clicks away within operating systems but is instead widely labeled onto boxes and posters. France, Israel, India, Belgium and many other high-tech nations are doing it now. So can we.