Correction: Message from Dr. Joel Moscowitz: (25 February 2021):
Several lawyers pointed out to me that the news stories I sent out yesterday misinterpreted the Appellate Court ruling. The case is far from over, and nothing's been proven yet.

As Judge Wiley who concurred on the ruling stated:

“I worry about giving any sort of green light to this unprecedented and unorthodox disability claim. Plaintiff’s counsel was most reluctant at oral argument to admit it, but it seems clear we are the first court in the United States of America—a nation of over 300 million people—to allow a claim that ‘Wi-Fi can make you sick.’ ”

Here is what one lawyer wrote to me about the case:

"I have read this Appellate decision several times and I don't believe it says what is being reported that it says. I think that people are over-reading the words of the Court.

In reversing the demurrer, the Court said: "Brown adequately pled physical disability within the four corners of the statute." They specifically say 'physical disability' and the Court's discussion indicates it was immaterial what caused the disability. And nowhere in the decision does it say that the disability was caused by electromagnetic fields or is triggered by electromagnetic fields. So, the conclusion that the Court found that EHS is a disability under the act is a stretch. The court said she adequately showed that she was impaired."

The superior court must now hear the case and determine the appropriate accommodations that LAUSD needs to adopt to address the plaintiff's physical disabilities. One of the Appellate jurists recommended that the superior court employ an expert witness to help make these determinations. 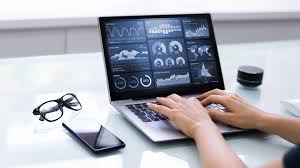 The Second Appellate District reversed in part a judgment. The court held that a school district employee adequately alleged a disability resulting from the installation of a new Wi-Fi system at her school.

Laurie Brown began working as a teacher for the Los Angeles Unified School District in 1989. In 2015, LAUSD installed an updated Wi-Fi system at the school where Brown taught. She soon began to experience headaches and nausea, and believed the electromagnetic frequency of the new wireless system was the cause. She requested various accommodations from LAUSD, but ultimately sued, alleging LAUSD discriminated against her based on her "electromagnetic hypersensitivity" (EHS), failed to accommodate her condition, and retaliated against her---in violation of the California Fair Employment and Housing Act (FEHA).

The trial court sustained the district's demurrer without leave to amend.

The court of appeal reversed in part, holding that Brown adequately pleaded both a disability and the district's failure to accommodate that disability. To establish a failure to accommodate claim, Brown needed to show (1) she had a disability covered by FEHA; (2) she was able perform the essential functions of job; and (3) the district failed reasonably to accommodate her disability. Brown satisfied each of these requirements. That Brown's alleged disability---electromagnetic sensitivity---is not a "recognized" disability under the Americans with Disabilities Act of 1990 was not dispositive. FEHA protections against torts based on disability are independent of those under the ADA. FEHA states that a "physical disability" includes, but is not limited to, "any physiological disease, disorder, condition, cosmetic disfigurement, or anatomical loss that (1) affects one or more of the several listed body systems, and (2) limits a major life activity. Here, Brown alleged she could not work because of "chronic pain, headaches, nausea, itching, burning sensations on her skin, ear issues, shortness of breath, inflammation, heart palpitations, respiratory complications, foggy headedness, and fatigue," all of which she alleged were symptomatic of EHS. That the ADA may not recognize EHS was immaterial. Brown adequately pleaded physical disability under FEHA. Justice Wiley concurred, but expressed concern about giving any sort of green light to Brown's "unprecedented and unorthodox" disability claim.

Justice Wiley Says in Concurring Opinion That Cause of Action Was Adequately Pled, but Expresses Concern That ‘Green Light’ Is Given to Claims Based on Idiosyncratic Reactions to Common Circumstances

The Court of Appeal for this district yesterday ordered reinstatement of a cause of action by a teacher against the Los Angeles Unified School District for failure to accommodate a disability—an adverse physical reaction to a Wi-Fi system—with a concurring justice remarking that under California’s lax pleading standards, a demurrer was improperly sustained, but expressing concern that offbeat disability claims will be encouraged.

“I worry about giving any sort of green light to this unprecedented and unorthodox disability claim. Plaintiff’s counsel was most reluctant at oral argument to admit it, but it seems clear we are the first court in the United States of America—a nation of over 300 million people—to allow a claim that ‘Wi-Fi can make you sick.’ ”

He said that “[u]p till now, the main published appellate opinion” on the subject “seems to have been” that of the Seventh U.S. Circuit Court of Appeals in Hirmiz v. New Harrison Hotel Corp. There, summary judgment was affirmed in an action against a hotel by a fired desk clerk who claimed discrimination in violation of the Americans With Disabilities Act (“ADA”), citing a disorder caused by prolonged exposure to electromagnetic voltage at the work site.

“There is debate in the medical community over whether sensitivity to electromagnetic voltage is a physical disorder or a psychological one….If it is psychological, the symptoms might not constitute a disorder that would entitle Hirmiz to the protections of the Americans with Disabilities Act. A great deal of psychological distress is trivial—fear of black cats, for example.”

Wiley observed that Wi-Fi systems are ubiquitous, and remarked:

“Nearly everyone wants the phenomenal convenience of the virtual world in your hand, everywhere you go, and the faster the better. All the potential defendants responding to this popular demand may take solemn note of news that, as of today, their Wi-Fi systems now may possibly invite costly litigation from members of the public who say that Wi-Fi made them sick. And potential plaintiffs and their counsel will have an interest too.

“The law worries about junk science in the courtroom. One concern is that a partisan expert witness can bamboozle a jury with a commanding bearing, an engaging manner, and a theory that lacks respectable scientific support.”

Wiley had a suggestion: appointment of an expert by the court, pursuant to Evidence Code §§730-732. He commented:

“The option of a court-appointed expert has been available in California for generations. Few judges have tried this option, though, because the parties never suggest it. The last thing trial lawyers want is another source of uncertainty in the case: something powerful and beyond their control….

“The trial court may want to consider this option in this case.”

Once an expert is appointed, he said, “it can be startling how fast the case settles.”

Justice Maria E. Stratton wrote the majority opinion, in which Acting Presiding Justice Elizabeth A. Grimes joined. The opinion reverses, in part, a judgment of dismissal that followed the sustaining of demurrers without leave to amend by then-Los Angeles Superior Court Judge Richard Rico (now a private judge).

Stratton expressed agreement with Rico’s dumping of teacher Laurie Brown’s causes of action for employment discrimination based on a disability, retaliation for her complaints, and failure to engage in an interactive process. But Rico erred, she said, in sustaining a demurrer to the cause of action for failure to accommodate her disability—which Stratton labeled “electromagnetic hypersensitivity” (“EHS”), otherwise known as “microwave sickness.”

She found unpersuasive federal cases such as Hirmiz which do not recognize EHS as a disability, noting that Brown sued under California’s Fair Employment and Housing Act (“FEHA”) which defines a disability more broadly than the ADA. Under the FEHA, Stratton pointed out, a physical disability includes a condition that “[a]ffects one or more of the following body systems: neurological, immunological, musculoskeletal, special sense organs, respiratory, including speech organs, cardiovascular, reproductive, digestive, genitourinary, hemic and lymphatic, skin and endocrine” and also “[l]imits a major life activity.”

“These described symptoms affect one or more of the body systems listed in the statute and limited Brown’s major life activity of working as a teacher…. Brown adequately pled physical disability within the four corners of the statute.”

She went on to say:

“Brown has adequately pled failure to accommodate. The FAC alleges that she suffers from a physical disability, but can perform the essential functions of the position with the accommodation ‘to which LAUSD initially agreed to but subsequently refused to honor and/or other reasonable accommodations, such as use of paints, fabrics and/or other shielding materials to block or minimize exposure to electromagnetic frequencies.’ ”

Attorneys on appeal were Joseph M. Lovretovich and Jennifer A. Lipski of JML Law in Woodland Hills, for Brown, and Anthony J. Bejarano and David V. Greco of LAUSD’s Office of General Counsel arguing for an affirmance.