Hunger Strike in Italy Prevented Increase of Radiation Exposure Levels for 5G
We Are the Evidence, 29 April 2021

On April 13, Italian activists started a hunger strike to protest the intention of the Italian government to increase the permitted radiation exposure levels for the purpose of enabling 5G deployment. 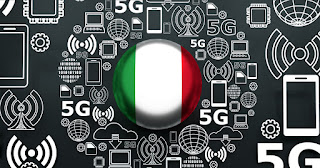 Over 100 people have joined the hunger strike including a member of the Italian Parliament. The initiative has been promoted by the Italian Stop 5G Alliance and is supported by a petition signed by over 62,000 people.

On April 27, the Chambers of Deputies, which is the lower house of the Italian Parliament voted to approve the recovery plan bill. However, the version that was voted on had been amended and didn’t include the increase in exposure levels. On April 28 the second house of the Parliament, the Senate of the Republic, voted on the amended bill. For now, the exposure levels are not increased and the protesters who won this battle will terminate their hunger strike on 4/30. The 6 billion euros towards 5G did pass as part of the recovery plan bill.

A large part of the infrastructure required for 5G relies on a massive deployment of called “small cell” antennas. The name of these antennas is misleading. While they may be smaller in size than the large cell towers, they are nevertheless very powerful because they are lower in height and because of their proximity to people’s homes and to the public rights of way, they in fact increase the exposure levels. It is likely for that reason the telecommunications industry has lobbied to increase the allowed radiation levels. The inconsistency between the industry statements that 5G small cells reduce radiation exposure while at the same time they lobbied to increase the allowed exposure levels led the environmental minister of Brussels, Belgium in 2019 to halt the deployment of 5G.

The Stop 5G movement in Italy has been at the forefront of the worldwide effort. A record 600 municipalities have passed resolutions calling to halt the deployment of 5G.

The Italian alliance also organized a 3-day Stop 5G Telethon that took place on March 5-7, 2021 and was screened on Italy La Casa del Sole TV featuring many speakers and experts.

Both the Italian Supreme Court and the Appellate courts’ decisions heavily criticized the International Commission on Non-Ionizing Radiation Protection (ICNIRP), a private organization that has been endorsed by the World Health Organization (WHO) EMF Project. ICNIRP recommended health guidelines for wireless radiation exposure which essentially deny harms. Their guidelines have been adopted by many countries around the world.

These courts held that ICNIRP and its members are biased and their opinions lack credibility due to industry connections and funding. The Italian Supreme Court concluded that experts with ICNIRP affiliations “lacked credibility and authority, and as such, were essentially outside the scientific community.” An Italian Court of Appeals decision expressed even stronger opinions regarding ICNIRP and its members. The courts relied to a large extent on evidence provided by Prof. Lennart Hardell, MD PhD who is one of the world leading experts on cancer and wireless radiation.

Italy’s renowned research institute, the Ramazzini Institute, 6 million euro study published in 2018 has shown that wireless radiation can cause cancer.

The study confirmed the results of the US government National Toxicology Program (NTP) study that found clear evidence of cancer and DNA damage.

These studies are especially important because when the WHO’s International Agency for Research on Cancer (IARC) in 2011 classified radio frequency radiation (the radiation emitted by cell phones and wireless technology, including 5G) as a 2B possible carcinogen, the agency explained that while there is epidemiological evidence that this radiation increases cancer risk, more animal studies were needed for a higher classification.

These studies likely led to a decision by IARC in 2019 to reevaluate the classification of RF emissions. The agency stated that as a result of “new bioassay and mechanistic evidence,” re-evaluation is warranted. IARC’s decision is expected by 2024.

A member of the Italian parliament, Sara Cunial joined the hunger strike and protested the adoption of increased exposure levels in Parliament. In her address to the Italian Parliament on April 13, she said: “Today you have once again betrayed the promise made to the Italian people to truly protect their health, favoring the government in its intent to raise the electromagnetic emissions limits…You continued to undermine the concerns of over 600 mayors who oppose the 5G experimentation. This order comes directly from ICNIRP, even though the Italian Courts found it to suffer from conflicts of interest and stated that it ignores the well-documented chronic and severe biological effects, and while IARC is reevaluating the carcinogenic effects of radio-frequencies. ”

She accused the Minister for Technological Innovation and Digital Transition, Vittorio Colao, who used to work for Vodafone Italy, of conflict of interests.

MP Cunial mentioned the case brought by Robert F. Kennedy Jr. and the Children’s Health Defense that challenges the U.S. Federal Communications Commission (FCC) health guidelines. The FCC’s guidelines are similar to those recommended by ICNIRP. In this case, the FCC hides behind ICNIRP to justify its decision not to review its 1996 guidelines claiming there is no evidence of harm that warrant a change to the guidelines. To counter the FCC’s argument, the Petitioners in the case filed 11,000 pages of evidence of harm.

In her address MP Cunial announced that she is joining the hunger strike which she explained is a civilian protest to oppose Parliament’s “wicked ways and its reliance on anti-scientific studies devoted to the sacrifice of human life.” She concluded by saying to the members of parliament “how intolerable and outrageous are your excuses and lies.”

On April 30, the legislation will be sent to the European Parliament.