Very comprehensive report from Canada (7,800 words, 77 citations with links) on the dangers of 5G.

Scientists warn about dangers from hasty 5G rollout
Special report by WARREN PERLEY, Writing from Montreal, beststory.ca, November 2021
Editor’s Note: Due to the extensive scientific content of this article, multiple source citations have been listed as endnotes with links to content in support of information provided herein about cellular technology. 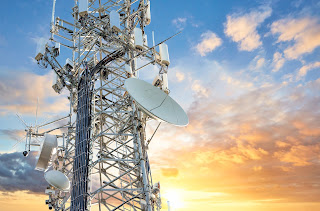 Despite medical warnings from scientists and physicians about radiofrequency (RF) radiation danger from cellular technology, telecommunications companies have been launching satellites and erecting cell towers worldwide on an expeditious schedule.

South Korea became the first country to offer 5G service in March 2019,1 joining the U.S. and China as leaders in deploying 5G technology, which is touted in developed countries as the backbone of the Internet of Things (IoT), that will connect all wireless objects such as driverless cars and “smart” homes.

Although 5G technologies are too new to have undergone peer-reviewed studies, thousands of scientists and medical doctors cite “clinical evidence” from 10,000 peer-reviewed studies into 3G and 4G cellular technologies going back at least two decades as proof that “radiofrequency (RF) radiation is harmful to life“. Some of those studies report “evidence of damage to DNA, cells and organ systems in a wide variety of plants and animals”2 causing cancer, heart disease and diabetes, to name a few of the illnesses. They also cite RF radiation as one of the causes of plummeting populations of birds, bees, butterflies and the decline of healthy forests.

Frank Clegg, former president of Microsoft Canada and co-founder of C4ST which is a volunteer-based organization concerned with health issues of wireless technology, said in an interview with BestStory.ca that 5G “includes all the sins of 3G and 4G”, but “is going to be worse.”

There are thousands of scientific papers about 2G, 3G and 4G cellular technologies causing “cancer, sperm damage, DNA damage, links to learning disabilities, ADHD, Alzheimer’s and other diseases,” he said. He cites 3G, 4G and 5G as “factors in climate change” and as being harmful to pollinators, such as birds and bees.

According to experts, in addition to long-term effects – some of which are not felt for years – a percentage of the population experiences immediate symptoms. In a June 2020 article Clegg and seven scientists wrote for the online publication Building and Environment, they list different names that are applied to the symptoms believed to be caused by RF radiation from wireless communication devices and antennas: electrical sensitivity; electrohypersensitivity; idiopathic environmental intolerance; and electromagnetic hypersensitivity (EHS), historically known as microwave sickness or microwave syndrome.3

Magda Havas, an expert on electromagnetic pollution for over two decades and a professor at Trent University in Peterborough, Ontario, said in a November 24, 2019 posting on her website that both the Canadian and American governments “deny any adverse health effects” from RF radiation because they are following safety guidelines “that were outdated when they were originally conceived decades ago.” She chastised the media for providing “a lot of misleading information” on the subject. “We are at the beginning of one of the largest experiments ever conducted on this planet. 5G is being rolled out across the globe and no one really knows what the consequences of this are likely to be.” 5