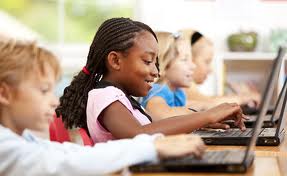 By 1976, thousands of Government research documents existed highlighting the health dangers of below-thermal (Wi-Fi) microwave irradiation. In this year, the U.S Government advised Western Governments to... 'not enforce stringent exposure standards as this would become unfavourable for industrial output.'

Concerning the above radiation:

Children are more vulnerable than adults due to immature immune systems, soft bones, the blood-brain-barrier being under-developed, damage to ovarian follicles and their size ( they absorb more radiation).

Research has shown over 200 clusters of Staff and Childhood illnesses in schools, attributed to low-level microwave irradiation. I know of three countries removing Wi-Fi from schools purely on health grounds.

These phenomena have been raised by MP's in the House of Commons, arguing over cancer clusters of children exposed to such radiation. One such case concerned eleven children under the age of eleven- another contained twelve children.

Following each such debate a Minister stands and says "...HPA adheres strictly to the I.C.N.I.R.P Guidelines ..."- or similar words. These statements are in fact untrue. The I.C.N.I.R.P statement actually says: 'Children may have a lower tolerance ... than the rest of the population ... decision-makers should review current scientific literature ... determine appropriate reduction factors.'

This became the focus of the international Bio-Initiative Report which set new safety levels as recommended by the Council of Europe.

A classroom of Wi-Fi laptops exceeds, by many orders of magnitude, this E.U safety level. The classrooms' radiation level even exceeded that from a W.H.O adviser, who found that 47.7% of pregnant women miscarried before the 8th week of pregnancy, with levels much lower than those in any classroom. This phenomenon has now been confirmed experimentally with other mammalian species, and published.

Exacerbating this is the 'knock on effect' of ovarian damage to young girls. This problem is two-fold:

Secondly, should a pregnant student or teacher suffer this irradiation, the embryo/foetus has little or no defence mechanisms for the first ~100 days of pregnancy. At this time, the lady may not know she is pregnant and hence take little or no precautions, for the protection of her embryo. There is no known safe level for an embryo/foetus or child.

Often, an overlooked point is that the absorption of this radiation is accumulative and a low dose can be as harmful, over a long period, as a short high dose. The industry's own research shows this-hence their warnings to children/pregnant women.

Finally, on a global scale, research publications now show the Communications Industry to be the most polluting on the Planet, re carbon footprint - exceeding that of the Aviation Industry.

Introducing Wi-Fi into every school can only compound this problem. Also my personal discussions with Royalty, Ministers, Governments and Leaders of Communities, show that they worry about a possible ~ 40% increase in their health budget in anticipation of the (minimum) ~ 3% + to (maximum) ~ 47.7% of sick populations - some of this from the modulations/pulses entraining the brain waves, causing mental illness and severe physical conditions.