I attended the premier of “Innocenzo”, presented by the Piti Theater Company in Colombier and found it very enjoyable, magical, entertaining, and above all, informative about concerns regarding our exposure to electrosmog. The principal actors, Godeliève and Jonathan, are creative and talented. I admire their engagement to raise awareness of this issue among the general public, especially young children, and wish them much success in their determination to present this play to audiences in English- and French-speaking countries.

Godeliève and Jonathan of the Piti Theater Company are going to present « Innocenzo » to voice concerns about electromagnetic pollution, a show based on personal experience…  "I was ill, but I didn’t know why," explains Godeliève Richard of Ponts-de-Martel. "I was no longer able to sleep and suffered dizziness and headaches…"  After a tough battle, she discovered that she was suffering from electromagnetic hypersensitivity. She developed strategies, her health was restored, but her life is complicated. How to survive being "disconnected" when Wi-Fi is everywhere?  She and her companion Jonathan Mirin live on the heights of Ponts-de-Martel.  "We don’t have Wi-Fi. The computer is wired and also the phone... There are many ways to protect one’s home when one is electrosensitive. It’s possible, but complicated."

From bees to electrosmog 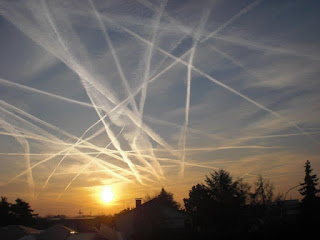 Letter of Associations Defending the Rights of Electrohypersensitive (EHS) People of the Countries of the European Union to the European Economic and Social Committee.  04.11.2014
(date of letter 22 September 2014)

European associations defending the rights of EHS people regret we cannot personally participate in this hearing, because we have had knowledge of it with very little lead time, and we have not been directly notified by the organizing committee.

THROUGH THIS LETTER WE WANT TO EXPRESS:  THAT in the last decades the rise of artificial non-ionizing electromagnetic fields experienced an exponential increase due to the widespread use of wireless technologies in both workspaces, and domestic, and generally in public spaces (mobile phone masts, WiMAX, Satellite Internet, Wi-Fi, DECT cordless phones, mobile phones ...).

iPads: How Safe Are Our Children?

UPDATE (12 February 2014):  We are adding to this popular post a link to a recent article on the antenna placement of different iPad models.  Remember, if the WiFi antenna is on, it emits harmful radiofrequency radiation.

"When the WiFi antenna in an iPad is turned on, it emits a burst of radiofrequency approximately every four seconds. That makes 900 blasts per hour in the child’s hands, on his lap, or at his face. This does not include any additional data signals resulting from uploading and downloading activities. Moreover, the blasts at four-second intervals occur even when the user is not accessing the Internet. In other words, even if a child is only using the iPad to draw or to play a game, he still receives 900 blasts an hour as long as the WiFi antenna is left on."

iPads: How Safe Are Our Children?
The Green Gazette, July/August 2013