Robert F. Kennedy, Jr. Holds a Press Conference in Berlin After Launching CHD’s Europe Chapter
By Children’s Health Defense Team, 28 August 2020 - with 28-min. video
(also available on YouTube at this link: )
https://www.youtube.com/watch?v=ZEGWSTif2Ac&feature=emb_logo
(Read the Transcription here.)
On Friday August 28, 2020, Mr. Kennedy, chair of Children’s Health Defense, held a press conference and met with the leaders of the newly-formed Children’s Health Defense Europe Chapter. In attendance were Senta Depuydt and Tina Choy (board members of CHD Europe), RA Markus Haintz (Querdenken-731 Ulm), and Heiko Schöning (MD, Ärzte für Aufkärung). While in Berlin he will also meet with colleagues from all over Europe to discuss global challenges to health and human rights.

Saturday, August 29th, he will speak to what is anticipated to be the largest crowd in German history. (CHD will be streaming LIVE from our Facebook page.) Over one million people from every nation in Europe will rally for freedom, peace, free expression and respect. 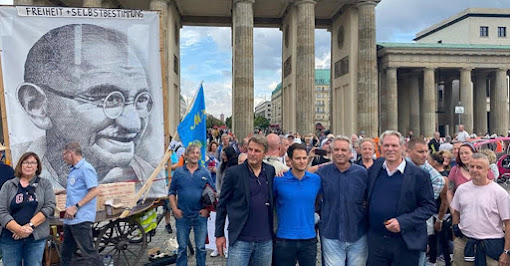 Switzerland: The Federal Council wants to give 5G a boost

The Swiss Government is trampling democracy and the health of the population.  On 19 August 2020, the Federal Council proposed acceptance of Motion 20.3237 "Mobile telephony network. Creating the right framework conditions for rapid deployment now", while on the same day, it proposed rejection of Motion 20.3455 "5G: Accompanying accelerated measures in the field of health", tabled last May by the Health Commission of the National Council, and mentioned in this article.
The Federal Council wants to give 5G a boost
by Lucie Monnat, Tribune de Genève, 20 August 2020 - translation

The government is giving a first-stage victory to 5G operators and supporters by accepting a PLR motion calling for an acceleration of the process. 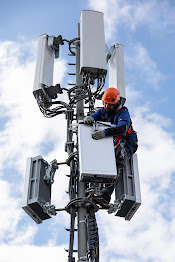 With the wearing of masks and immigration, it's hard to find a more divisive subject than 5G. On Wednesday, the Federal Council added a new episode to this saga that unleashes passions. The government approved a motion tabled by the PLR group asking it to "take the necessary measures and decisions to enable the transition to fifth generation (5G) mobile phone technology".

(Photo): A technician installs a 5G antenna for Swisscom in May 2019 in Bern. KEYSTONE

The Federal Council is therefore requested to move up a gear in the implementation of the new technology in Switzerland.
This goes against the tide that has been turning for several months now. Initially led by former Federal Councillor Doris Leuthard (CVP), then in charge of the Federal Department of the Environment, Transport, Energy and Communications (DETEC), the dossier was handed over to Simonetta Sommaruga, who has been in charge of DETEC since January 2019. Since then, the atmosphere has been different. The Socialist Federal Councillor is much more tempered in her enthusiasm.
Read more »
Publié par MerisRM à l'adresse 11:26 AM No comments:


Cancer Survivors Await Outcome of Cell-Phone Warnings Lawsuit
publicnewsservice.org, 21 August 2020
(Also listen to the short podcast in the article.)
SACRAMENTO, Calif. -- Cancer survivors are speaking out as they await the outcome of several lawsuits concerning radiation and cell phones.

(Photo): Courtney Kelley has successfully fought breast cancer twice, near where she says she used to carry her cell phone. (Courtney Kelley) August 21, 2020
The suits challenge the Federal Communication Commission's radiation guidelines, the radio-frequency or 'RF' levels from cell phones, and safety notices required by the City of Berkeley.

Courtney Kelley, a young mother who has beaten back breast cancer twice, said she used to keep her phone tucked into her bra - but not anymore.
Read more »
Publié par MerisRM à l'adresse 11:57 AM No comments:

Washington, DC—August 18, 2020—Children’s Health Defense (CHD) filed a lawsuit on Monday in San Francisco Federal Court charging Facebook, Mark Zuckerberg, and three fact-checking outfits with censoring truthful public health posts and for fraudulently misrepresenting and defaming CHD. CHD is a non-profit watchdog group that roots out corruption in federal agencies, including Centers for Disease Control and Prevention (CDC), the World Health Organization (WHO), and the Federal Communications Commission (FCC), and exposes wrongdoings in the Pharmaceutical and Telecom industries. CHD has been a frequent critic of WiFi and 5G Network safety and of certain vaccine policies that CHD claims put Big Pharma profits ahead of public health. CHD has fiercely criticized agency corruption at WHO, CDC and FCC.
REGISTER NOW

According to CHD’s Complaint, Facebook has insidious conflicts with the Pharmaceutical industry and its captive health agencies and has economic stakes in telecom and 5G. Facebook currently censors CHD’s page, targeting its purge against factual information about vaccines, 5G and public health agencies.

Email ThisBlogThis!Share to TwitterShare to FacebookShare to Pinterest
Libellés : Corruption

Switzerland: Open Letter to Parliament on the Draft Federal Law on Coronaviruses

OPEN letter to the Swiss Parliament

With the start of the fall session, it may well be that the Federal Parliament will take a decision of the greatest consequence for the future of the Swiss people.  Among other things, the Federal Council wishes, for the time being at least, to prolong until 2022 the emergency law measures imposed. It is important to know that the consultation period, normally set at 3 months, has been shortened to 3 weeks, and this, in a general situation of fear, doubts and concerns.  Our world has been completely turned upside down in a very short time.

We have been faced with a very difficult situation, for you too, without any doubt.  We are a group of knowledgeable and committed physicians as well as people from outside the medical community. We are extremely concerned and would like to provide you, in summary, with the following not yet or insufficiently known information from the field of medicine and science to help you in your decision-making process.

Given the unique conditions we are currently facing, we take the liberty of soliciting and sharing with you our concerns, important information and related issues.

Thank you for taking the time to read our open letter!

[Testimony] “Electro(hyper)sensitivity? I don’t like these words at all. Why?”

[Testimony] “Electro(hyper)sensitivity? I don’t like these words at all. Why?”
Equipe Phonegate 5 Aug 2020 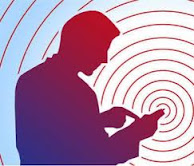 We are publishing this testimony from a person who asked to remain anonymous. With his words, he tells us with strength and courage how he feels about his illness. And also why we should not or no longer talk about electro hypersensitivity but rather about overexposure to the waves. This is also very clearly our opinion!

I don’t like these words at all.
Why?
Because they describe the person as sick, sensitivity as a disease, when it is a consequence.
Because they imply that the problem is the person himself.

And, well, no, I don’t agree.
The problem is the waves.
When someone is radiated by nuclear energy, we don’t say that he becomes “sensitive”, we say that he has been radiated, and that he is sick, weak or immunodeficient as a result of his exposure, but not sensitive, although he certainly becomes sensitive to many things.
Sick from having taken too big a dose.
Read more »
Publié par MerisRM à l'adresse 1:24 PM No comments: 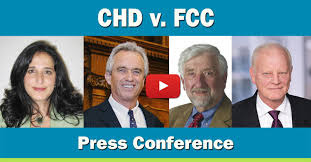 To fulfill our commitment to stopping the harmful exposure of our children to 5G and wireless radiation, CHD has taken the giant step toward unprecedented litigation against the FCC. This illuminating and celebratory press conference was held the day after CHD filed its evidentiary brief. 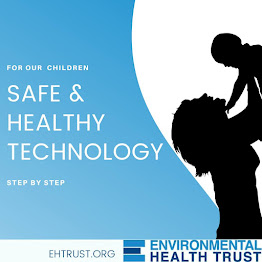 One basic, very important concept is “Distance Is Your Friend.” The amount of wireless radiation absorbed into people decreases very rapidly when you increase the distance from wireless devices.

Decrease your exposure by increasing your distance from wireless emitting sources. For example, always keep cell phones and wireless laptops away from your body.
Continue reading:
https://ehtrust.org/educate-yourself/ten-steps-to-safe-tech/

France: Lawyers from a Toulouse law firm and 50,000 petitioners want to stop 5G

Lawyers from a Toulouse law firm and 50,000 petitioners want to stop 5G
The deployment of the 5G network is creating controversy in France. The lawyers of the platform located in Toulouse MySmartCab have launched a petition and are preparing four class actions.
actu.fr, 3 August 2020 - translation

They address "those who want to oppose 5G without setting fire to antennas". After launching a class action against Linky, Christophe Léguevaques and Arnaud Durand of the Paris Bar are working from MySmartCab (platform for collective action), located in Toulouse.
(Photo:) The petition against 5G, which will lead to a class action lawsuit against 5G, has already been signed by more than 50,000 people. (©Illustration Adobe Stock)
The amicable solution ignored by the operators
In order to file a class action lawsuit, MySmartCab's lawyers launched a petition in February 2020, "For the shutdown of 5G".
After having gathered 10,000 signatures, MySmartCab issued a formal notice to the 4 telephone operators in France to stop the deployment of 5G on April 23rd. Me Durand explains how they reacted:
"Three operators preferred not to answer us, Orange told us that they were not interested in a participatory procedure."
Read more »
Publié par MerisRM à l'adresse 6:35 PM No comments:

In adopting an item last year maintaining its existing radio frequency (RF) exposure limits, the FCC ignored a huge amount of evidence that the standards are not adequately protecting the public from negative health impact of RF emissions, according to a brief filed late last night in the U.S. Courts of Appeals for the District of Columbia Circuit by a number of parties challenging the Commission’s decision.

What we put in our bodies and our children’s developing bodies is the most important and most personal choice we make as human beings. But when it comes to damaging levels of radiation, that right to choose has been stolen from us. The Children’s Health Defense (CHD) mission to protect children from toxic exposure reached a major milestone on Wednesday, July, 29 with the filing of the principal brief in our case against the Federal Communications Commission (FCC) with the U.S. Court of Appeals for the District of Columbia. Our case also seeks justice for parents of kids who have suffered health impacts from wireless radiation.
Read more »
Publié par MerisRM à l'adresse 12:25 PM No comments: