Wi-Fi in Schools: Notice of Liability

"Ignoring the... documented information [listed in the notice below] and documented statements and proceeding with the use of WiFi routers in the schools, you are committing willful blindness and can be liable for child negligence, or possibly even "negligent endangerment of child" which carries with it criminal law repercussions if any student gets injured from the schools WiFi system and a parent decides to press charges."

From: The Peoples WiFi Task Force

Warning! With this Notice of Liability you have become personally liable for not disabling the OCSD schools WiFi system and abusing executive session option.

You have been sent a certified letter from one of the top experts in the world, Dr. David Carpenter, Public Health Physician and Director of the Institute of Health and Environment at Albany University, warning you on the health risks of the schools WiFi system emitting Electro-magnetic radiation and its increased adverse effect on children.

A renowned nuclear scientist has published a paper confirming that humans are being poisoned by traces of aluminium via chemtrails.
by Editor, theeventchronical.com,
24 March 2016

Dr. Marvin Herndon, PhD., a nuclear chemist, geochemist, and cosmochemist – most noted for deducing the composition of the inner core of Earth as being nickel silicide, not partially crystallized nickel-iron metal – has published a groundbreaking paper in the peer-reviewed journal Current Science (Indian Academy of Sciences) titled “Aluminum poisoning of humanity and Earth’s biota by clandestine geoengineering activity: implications for India.”
The abstract reads as follows:
[Article in full may be read here.]

“In response to an urgent call through an article in Current Science for assistance to understand the geological association of high aluminum mobility with human health in the Ganga Alluvial Plain, I describe evidence of clandestine geoengineering activity that has occurred for at least 15 years, and which has escalated sharply in the last two years. The geoengineering activity via tanker-jet aircraft emplaces a non-natural, toxic substance in the Earth’s atmosphere which with rainwater liberates highly mobile aluminum. Further, I present evidence that the toxic substance is coal combustion fly ash. Clandestine dispersal of coal fly ash and the resulting liberation of highly mobile aluminum, I posit, is an underlying cause of the widespread and pronounced increase in neurological diseases and as well as the currently widespread and increasing debilitation of Earth’s biota. Recommendations are made for verifying whether the evidence presented here is applicable to the Ganga Alluvial Plain.” (source)(source)
Read more »
Publié par Meris à l'adresse 4:49 PM No comments:

"... the information provided for kids, parents and teachers alike for this new gadget, which ALL kids 11-12 years old will have very soon, lacks the information that adults need to be allowed to make an informed choice about what they should or should not allow their children access to.  It doesn’t provide any safety guidelines relating to the use of the microbit with wireless technology either in or out of the school environment, that I could easily find anyway – this in itself is irresponsible!  It hides the fact (by ommission) that Bluetooth technology, whether it’s low energy or not, emits EMF radiation on a level equal to that of weather radars, microwave ovens, mobile phones and wireless LAN. In fact it’s in the same band of frequency as that used by NASA to communicate with the Space Shuttle!"

The BBC has announced the launch of it’s ‘BBC micro:bit’ – a revolutionary palm/pocket sized portable computer which it is generously offering to provide to each and every child between the ages of 11-12 in the UK! “Great” you might think if you’re a struggling parent, “a free computer!” However, it may not be as innocent as it seems and there are many things a responsible parent needs to know that the ‘industries’ won’t tell (because they only really care about their profits, let’s face it).
Read more »
Publié par Meris à l'adresse 5:19 PM No comments:

What Is the Danger of Electrosmog?

Excellent article, quoting Dr. Peter Källin, president of (Swiss) Doctors for the Protection of the Environment.

What is the danger of electrosmog?
by Manuela Specker, CSS Magazine, 1 / 2016
(magazine published by CSS Insurance: 1.77 million insurance subscribers)
Translated from French by Meris Michaels

Dr. Peter Källin is a specialist in family medicine and president of the association, "Doctors for the Protection of the Environment". This organization investigates the repercussions of environmental influences on our health, including non-ionizing radiation, known as electrosmog or electromagnetic pollution. "More and more evidence suggests that electromagnetic pollution, even below the limit values, is harmful to health," explains Peter Källin.

He is referring to studies where waves emitted by mobile phones modify critical cellular processes. Heavy users are at higher risk for developing a brain tumor. These conclusions, however, do not take into account the long-term consequences. As is often the case, there are also studies which achieve other results. This is still not a reason for lowering one's guard. "It is precisely because we have evidence, that prevention is the only correct response to these uncertainties", adds Dr. Källin.

"Possibly carcinogenic" according to WHO 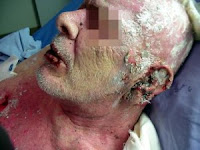 Once that cup is full, because of many small deposits of EMF exposure or even one very large deposit, any exposure can be physically felt and is usually causing end result illnesses such as fibromyalgia, cancer, MS, chronic fatigue and more.

The body was not designed to thrive in the constant presence of electric, magnetic, wireless/rf or ionizing radiation as many of us are dong today. EMF protection is a necessity!

How I Developed Electromagnetic Hypersensitivity

I developed EHS in 2008 after purchasing a high-powered zero-turn lawnmower and proceeded to mow my 12 acre farm over the next three weeks. Starting the first week and increasing over the next three weeks of mowing, I developed three different rashes (the last one on my breast) that I did not relate to mowing. I went in for tests that showed I had extremely high levels of radiation, breast cancer and smaller amounts of colon and lung cancer. 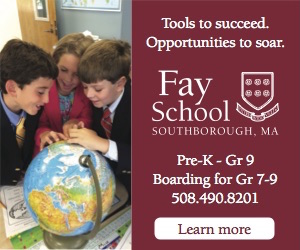 As I’ve previously posted, Fay School is the defendant in a Federal lawsuit. Backed by a physician’s diagnoses, parents of a 12 year old student (named G in the lawsuit) have claimed that the school’s strong wifi signals cause their son physical harm.

At root of the issue is the boy’s diagnosis as suffering from Electromagnetic Hypersensitivity Syndrome (EHS).

Between the controversial nature of the syndrome, and the size of the $250,000 suit, the family has been attacked by commenters on the blog. Meanwhile, the lawsuit, amended through a January filing, alleges that the school has unfairly discriminated and retaliated against the student and family.

I shared media coverage of the court filing in January. But it didn’t include the full scope of complaints. The mother of G reached out to me to share the allegations and her family’s story with readers.

“The first victims of a serious nuclear accident are and will be children, with an increase in allergies and an aggravation of infectious diseases, which become chronic and involve serious complications...

“The International Atomic Energy Agency (IAEA) cannot admit that these serious and common illnesses were caused by ionising radiation, because once known, it would prevent the development of the nuclear industry throughout the world. The IAEA… denies the health catastrophe and gives priority to economic considerations; its statutes forbid attributing to, or associating serious illness with, radiation. Incorrect estimates delay the evacuation of communities that have been highly exposed to radiation. It was almost incomprehensible that at Fukushima there was no distribution of stable iodine to the population that would soon be under threat.”