Switzerland: Electrosmog Exposure: Are We Preparing the Way for the Next Disease of Civilization?

Swimming in a sea of ​​rays
by Jürg Steiner, Berner Zeitung, 22 December 2013 (translated from German by Google and the Editor of this blog)


We are sending ever faster and bigger data packets through our mobile and wireless network. We are doing so through electromagnetic radiation. Are we preparing the way for the next disease of civilization?

Casting WLAN networks like fishing nets, the Spitalgasse in Bern would be impassable. From the street, via a smartphone, one can locate dozens of pulsating wireless screens within a confined area. There are no benefits but everyone is irradiated, also by the mobile antenna covering the city center at full strength.

In the train, the same picture: from left and right, pulsating electromagnetic waves from private phones and laptops, while travelling through the sea of ​​rays of the mobile phone network.

28 December 2013 (translated from French by the Editor of this blog)
[See Sosthène Berger's site:
www.gigasmog.ch]

Testimony – While France is on the point of creating a “white zone” to protect them, electrosensitive persons living in Switzerland often remain considered as crazy.


Sosthène Berger, 49, receives « Le Matin » in his garden in La Neuveville (Berne), where he spent his days between April and October 2011, only entering his house to take a shower and sleep. That year, the engineer discovered he was “electrosensitive”. Suddenly, Wi-Fi, cell phones, tablets and even the vacuum cleaner, drill and sewing machine made his existence hell. Since then, he lives in a “permanent building site” in order to better protect himself against electromagnetic waves.

It's Christmas Eve in the Digital Age, but for those concerned about the growing amount of screen time that teenagers and young children—even infants—are now experiencing, the holiday gift-giving season may become an increasingly "horrifying" affair.

As the rise of technology dovetails with the multi-billion dollar toy and media industries, children are now growing up in a digital environment that may seem harmless to some but could be dramatically harming key components of their physical, mental and emotional growth at one of the most precious and fragile stages of human development.

A recent survey of 1,000 parents with children between 2 and 10 found that more than half planned to buy a tech item for their children this holiday season. About two-thirds of those planned to give a tablet or smartphone, according to the survey, which was taken for PBS Kids, the brand of the public broadcasting network aimed at young children. 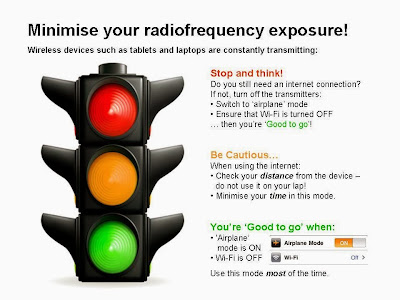 Smart phones, tablets and laptops use microwave radiofrequency radiation to communicate.
Radiofrequency has been identified by the WHO as ‘possibly carcinogenic to humans’.

Carl Sagan on Science and Technology

A Science Icon Died 17 Years Ago. In His Last Interview, He Made A Warning That Gives Me Goosebumps.

Carl Sagan inspired a generation of scientists with his work in and out of the classroom. But he didn't always present science with cheer. In this clip, he passionately defends science with a grave warning. It's something we all need to hear.

Extract from an Interview with Charlie Rose, 27 May 1996  (text transcribed by the editor of this blog)

Sagan: …We live in an age based on science and technology with formidable technological powers.

Rose: Science and technology are propelling us forward at accelerating rates.

Sagan: That’s right, and if we don’t understand it, by “we” I mean the general public - “ if it’s something I’m not good at, I don’t know anything about” – then, who’s making all the decisions about science and technology that are going to determine what kind of future our children live in? Just some members of Congress? But there is no more than a handful of members of Congress with any background in science at all and the Republican Congress has just abolished its own office of technology assessment, the organization that gave them bipartisan competent advice on science and technology. “We don’t want to know. Don’t tell us about science and technology.”

Dr. Oz Says Keeping Your Cell Phone in Your Bra Can Cause Breast Cancer

UPDATE:  The 6 December episode of the Dr. Oz Show, "Why You Should Keep Your Cell Phone Out of Your Bra" is now available.  It should be viewed by everyone.  His guests include Tiffany Frantz, who at age 21 was diagnosed with breast cancer and cancer surgeon, Dr. John West.

Here in Geneva, where more and more young women are being diagnosed with breast cancer, we drew the attention of the English Speaking Cancer Association (ESCA) to this issue. Our awareness-raising was taken rather lightly.  "I personally don't know of anyone who keeps a cell phone in their bra," commented one of the group's key personnel.  Geneva's main newspaper, the Tribune de Genève, published our comment on this issue in their readers' mail column.  Dr. Monica Castiliogne-Gertsch, Director of the Center of Oncology/Breast Cancer, University Hospital of Geneva (HUG), who is also engaged in research and advocacy, has always been receptive to our communications on breast cancer and electromagnetic radiation.


Dr. Oz says keeping your cell phone in your bra can cause breast cancer
examiner.com, 6 December 2013

Dr. Oz says women who keep their cell phones in their bras are putting themselves at risk for breast cancer.

On the Dec. 6 episode of the Dr. Oz Show ("Why You Should Keep Your Cell Phone Out of Your Bra"), Dr. Oz said he believes there is a definite link between cell phones and cancer.

"When it comes to cell phones, the bra has become the new purse," said Dr. Oz, who said millions of women are unknowingly endangering themselves for the sake of convenience.

The Relationship Between Cell Phone Use, Academic Performance, Anxiety, and Satisfaction with Life in College Students 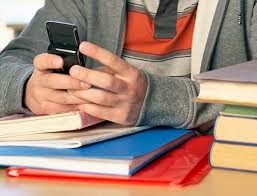 The relationship between cell phone use, academic performance, anxiety, and Satisfaction with Life in college students

Kent State University researchers Andrew Lepp, Ph.D., Jacob Barkley, Ph.D., and Aryn Karpinski, Ph.D., all faculty members in the university's College of Education, Health and Human Services, surveyed more than 500 university students. Daily cell phone use was recorded along with a clinical measure of anxiety and each student's level of satisfaction with their own life, or in other words happiness. Finally, all participants allowed the researchers to access their official university records in order to retrieve their actual, cumulative college grade point average (GPA). All students surveyed were undergraduate students and were equally distributed by class (freshman, sophomore, junior and senior). In addition, 82 different, self-reported majors were represented.