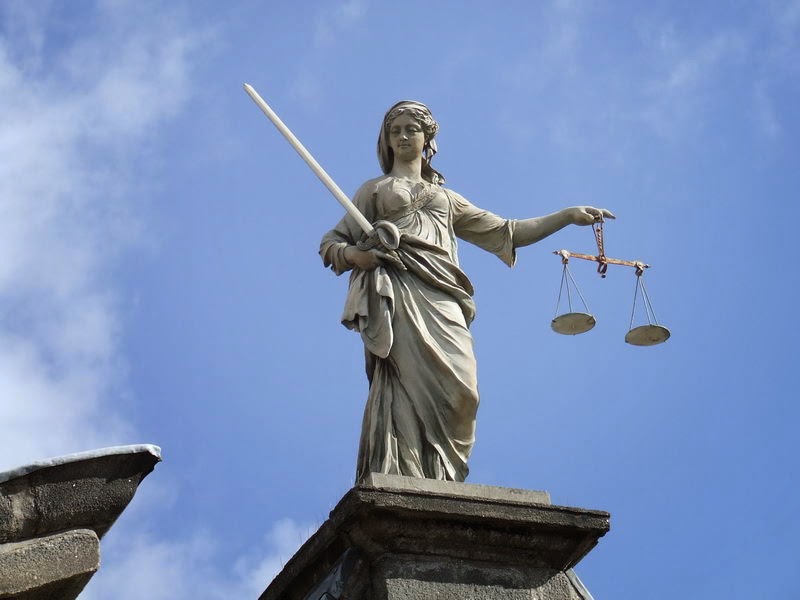 Twenty-nine high-profile lawsuits brought by people whose brain tumors were caused by their cell phones are finally moving toward trial. Six of these cases were originally filed in 2001 and 2002. Many of the plaintiffs are no longer alive.On Friday, Judge Frederick H. Weisberg, in the D.C. Superior Court, admitted the testimony of five expert witness for the plaintiffs, and the 12- and 13-year-old cases will now move into the discovery phase. Each of the plaintiffs is asking for more than $100,000,000. There are 46 defendants including Motorola, Nokia, AT&T, Bell Atlantic, Cellular One, Cingular Wireless, SBC Communications, Verizon, Vodafone, the Telecommunications Industry Association, the IEEE, ANSI, the CTIA, and the FCC. The plaintiffs are represented by Jeffrey B. Morganroth of Morganroth & Morganroth, a law firm in Birmingham, Michigan.For over a decade the industry and the plaintiffs have played tug-of-war with the oldest cases, sending them back and forth between federal and state courts, and fighting over whether the plaintiff’s claims were preempted by the Telecommunications Act of 1996.

In 2009 the D.C. Court of Appeals, in Murray v. Motorola (982 A. 2d 764), ruled that the telecommunications companies could not be sued over brain tumors caused by cell phones manufactured after 1996. But since all of these plaintiffs had used pre-1996 phones, their lawsuits were allowed to go forward. They were also allowed to go forward on their claims that the defendants made false and misleading statements and failed to disclose information about the dangers of cell phones. These claims were brought under the D.C. Consumer Protection Procedures Act.

DR. MICHAEL KUNDI, professor of epidemiology and occupational health at the Medical University of Vienna;

DR. VINI KHURANA, a neurosurgeon and professor of neurosurgery at the Australian National University in Canberra;

DR. IGOR BELYAEV, head research scientist at the Cancer Research institute at the Slovak Academy of Science in Bratislava, Slovakia;

DR. DIMITRIS PANAGAPOULOUS, founder of the Radiation Biophysics Laboratory at the University of Athens;

The lawsuits now move into the discovery phase, in which each side is compelled to produce documents and answer questions. This is the first time that the industry has had to turn over data. There will then be a fight over the admission of the testimony of witnesses on “specific causation,” i.e. doctors and others who will testify that these specific cell phones caused these specific tumors.

Friday’s decision by Judge Weisberg allowed 13 of the cases, which have been consolidated in one action, to go forward. The other 16 cases are being tried separately, but the parties in those cases agreed to be bound by Friday’s decision.

In allowing the experts to testify, Judge Weisberg wrote:

“Federal law is the supreme law of the land, but there is no constitutional provision that says federal facts are the supreme facts of the land. Federal law can preempt state law, but it cannot preempt scientific fact. The scientific truth, whatever it may be, lies outside of the FCC’s regulations about what is “safe” or “unsafe.”

The minimum separation distance that the phones should be kept from the body is approximately two-tenths of an inch (5 millimeters).  The SAR values are very close to the legal limit.

What are the SAR levels for Apple’s iPhone 6 and iPhone 6 Plus? What is the minimum body separation distance? How should the consumer use this information?

PRLog - Sep. 20, 2014 - BERKELEY, Calif. -- For both Apple iPhone 6 models, the SAR level for the head is 1.18. When using a body-worn accessory to keep the phone five millimeters from the body, the SAR level is 1.18 for the iPhone 6 and 1.19 for the iPhone 6 Plus. (1, 2) Thus, the minimum separation distance that the phones should be kept from the body is approximately two-tenths of an inch (i.e., 5 millimeters). 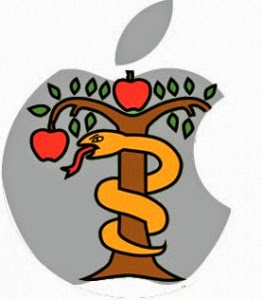 Apple’s iPhone 6 Plus is bigger, but bigger is absolutely no excuse for radiation exposure levels that are only .01 under the FCC’s legal limit of 1.6 watts per kilogram (W/kg).

It’s a well known fact that the genius behind the iPhone, Steve Jobs himself, made it clear he was ” Not Interested” in having an app in the Apple app store which alerted iPhone users of excessive exposure to potentially cancer causing cell phone radiation. The company named Tawkon developed an application to measure the amount of radiation coming from your iPhone. Jobs wanted no part of it, in a twist of irony, it was cancer that took Steve Jobs from this world; he may have been a genius in many ways, but not in cancer prevention. Click here to read the email exchange between Jobs’ and Tawkon.

The Electrosensitive: When Waves Ravage Lives

"Hypersensitive persons report a strong feeling of abandonment by society. [One family, whose 12-year-old daughter is electro-sensitive, related], 'We consulted a homeopath, a neuro-pediatrician who admitted he was not competent regarding the issue, an osteopath, an acupuncturist. Our family physician advised us to see a psychologist. They did not listen. They did not take what we were saying seriously'."

Persons intolerant to electromagnetic waves militate for recognition of their illness and for the creation of a protected place to live. Report from the forest of the Hautes-Alpes where a number of these persons have gathered.

Attached to trees, hand-written signs request hikers and drivers to "imperatively switch off" their mobile phones. The narrow route which penetrates the forest ends in a clearing where there are groups of tents. In the center, is a large tent. It is here, in the Gorges de Riou Froid (Hautes-Alpes) that the international gathering of electrohypersensitive (EHS) persons – victims of disorders attributed to electromagnetic waves - took place from 25 August to 1st September.

The Cell Phone: "Intimate Friend" of Over 900 Million Indians - and a Slow Poison 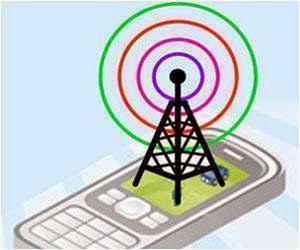 Talking on Cell phone for over 24 minutes is dangerous
by Manish Upadhyay, freepressjournal.in, 10 September 2014

Indore : The device that has become intimate ‘friend’ of over 90 crore [900 million] Indians, Cell phone, could lead to brain tumor if the holder uses it for more than 24 minutes a day. But, more hazardous is radiations of mobile towers, which affects nearby residents for 24 hours.

Unfortunately, neither the residents nor the Union Government is taking any efforts towards this slow poison, whose consequences are dangerous.

The US and European countries have taken adequate measures to contain the problem but in India there is no serious move in this regard, said Dr Girish Kumar, Prof at IIT-Bombay, Department of Electrical Engineering, while talking to this correspondent. Dr Kumar is considered a crusader against hazardous effects of mobile phone and tower radiations in the form of microwaves. Dr Kumar also proved the dangerous consequences of radiation on animal kingdom through his researches. Dr Kumar, who arrived here to address a lecture, said that his researches had proved that excessive talk on cell phone is dangerous and it may lead to brain tumor.
Read more »
Publié par Meris à l'adresse 3:33 PM No comments:

10 Reasons Not to Use Technology for Learning in Grade School 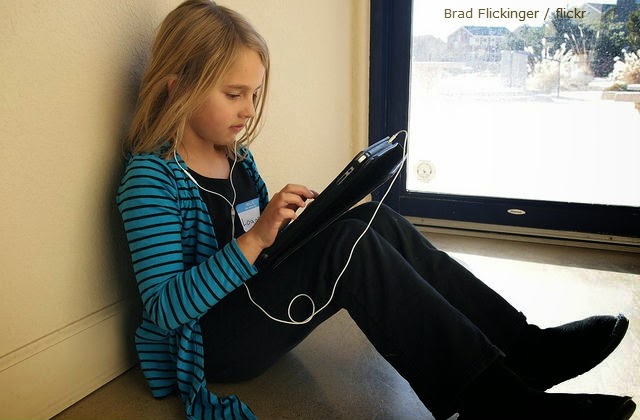 Left to their own devices?
Cris Rowan, mercatornet.com,
1st September 2014


Ten reasons not to use technology for learning in grade school.

Refuse to Use is a world-wide Movement by responsible and futuristic thinking parents and teachers to ban all school-based technology for children under 12 years of age, and bring back tried and true methods of teaching. The 0-12 years are formative for brain and body development, and are a fragile time when deprivation and damage can be permanent.

Four critical factors for enhancing child development, behaviour, and learning are movement, touch, connection, and nature. Technology stops children from engagement in these critical factors. Technology is sedentary, isolating, overstimulating, and results in child neglect, causing delays in child development, problematic and difficult to manage behaviours, as well as limited attention and learning ability. Teachers teach, not technology. Join the Refuse to Use Movement by reading “Ten reasons to NOT use technology in schools for children under the age of 12 years”, and signing the petition to show your support.