Switzerland, headquarters of Eternit, and the home country from which the tentacles of the asbestos-cement industry spread, does not recognize, or only with great difficulty, its victims. The country has invoked a statute of limitations of 10 years in labor law. In Switzerland, the victims of asbestos are living an ordeal of resentment, suffering and painful memories. Sometimes in total indifference. Here are their testimonies (in two separate posts). The Radio-TV Suisse Romande will be devoting a series of radio programs about the victims of asbestos ("Vacarme": 8-12 April 2013). In order to contact organizations assisting asbestos victims in Switzerland: : www.caova.ch et www.asbestopfer.ch.

On the eve of the 4th anniversary of the death of my companion, Adon, victim of mesothelioma, I thank all these people for their courage to speak about the terrible ravages of asbestos. (See: "Mesothelioma:  A Personal Testimony")

Chemtrails: The Consequences of Toxic Metals and Chemical Aerosols on Human Health 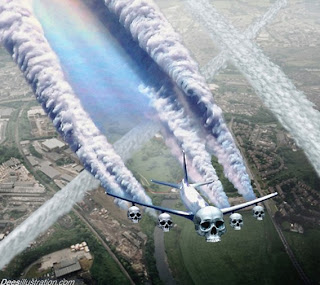 "To ask uninformed, although supposedly “well educated” people to reconsider what they think they know about what is really going on –this takes enormous internal strength. It requires profound courage. The basis of this “courage” actually means creating new synaptical pathways in the brain. Without them, we feel scared, nervous…because those new synapses have not yet been created. It takes repeated effort, and, thus, an emerging sense of ease, to create these new synapses.

"If, however, millions of people are already on prescription pharmaceuticals to “calm them down” [long term, what is this doing to their ability to think clearly?] and, in addition, are breathing poisoned air rife with mind-distorting chemicals, then how clearly (if at all) is anyone able to think? How can anyone feel well and safe, if the very air we breathe is deliberately poisoned and is affecting our ability to think cogently? It is already evident that no one in any official capacity is willing to tell the truth... No one seems to have the desire, or courage, or authority to stop this massive poisoning, because it is the secret plan of the elite insiders to deliberately destroy everything we once knew."

For decades, we have known that heavy metals and chemicals can cause grave physical harm. Going back to Rachel Carson’s “Silent Spring,” we have known and been amply warned of the serious consequences of using or being exposed to these poisons in our daily activities. Thousands of these are well-documented carcinogens.

Radiation of iPad with Wi-Fi ON but no Internet Connection

All parents concerned about their children's health should view this video and read what follows about the radiation emitted by iPads with Wi-Fi on but with no Internet connection. Doctors' groups around the world have spoken up to call for precaution against wireless radiation and for reduction of exposure, especially on children, youth, pregnant women and babies.


This Video: Measuring the pulsed microwave radiation from an iPad with an Acoustimeter. The WiFi function of the iPad is turned on, but the iPad is not used for internet browsing. Many people use the iPad for apps that don't require internet access but leave the WiFi function on, thus unknowingly blasting microwave frequencies at themsevles. Such radiation level exceeds the maximum of the Acoustimeter every few seconds. When measured with another RF meter, it was shown to be several times HIGHER than an iPhone's radiation during talking transmission. We have also measured the magnetic fields at the back of the iPad and found that it was high at 15-20 mG compared to the safe level of 3 mG.
Read more »
Publié par Meris à l'adresse 11:07 AM No comments: 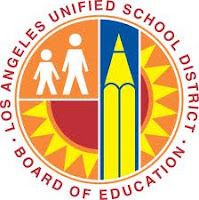 You will recall the letters by EMF experts posted on this blog addressed to the Los Angeles Unified School District (LAUSD) regarding installation of Wi-Fi in schools. Electromagnetic Radiation Safety has just posted on its Facebook site the News Release from the Los Angeles Teacher’s Union, representing over 40,000 teachers and other workers in the LAUSD, announcing the passing of a resolution by a sweeping majority to ensure safety from “hazardous electromagnetic fields (EMF) in schools including EMF emissions from wireless technology.”

Legal Acknowledgement of Electrohypersensitivity in Australia

Legal acknowledgement of the condition of EHS in Australia
Next-Up, 28 February 2013

Judgment of the Administrative Appeals Tribunal of Australia:

For the first time in Australia, the Administrative Appeals Tribunal of the Australian Federal Court, Melbourne, has provided legal recognition of the health effects of electromagnetic radiation (EMR) also known as electromagnetic frequencies (EMF).

In a workplace compensation case, handed down on 28 February 2013, the Tribunal found that Dr. Alexander McDonald suffered a workplace injury of a worsening of his sensitivity to EMR, as a result of him being required, by his employer, to try out the use of electronic equipment. 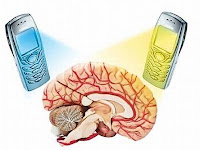 Partner Communications, which operates in Israel under the Orange brand name, has reached a settlement with a customer who claims he contracted cancer after using one of their devices.  This particular settlement is liable to have an effect on cell phone companies and open the floodgates to a barrage of individual and class-action lawsuits.

Partner Communications, which operates in Israel under the name Orange, will pay NIS 400,000 [~$100,000] to a customer who contracted cancer in his ear.

Partner Communications, which operates in Israel under the Orange brand name, has reached a settlement with a customer who claims he contracted cancer after using one of their devices.

The customer, who is in his 50s, sued Partner in May, claiming that intensive use of the device resulted in an aggressive lymphoma near his left ear. Partner agreed to pay NIS 400,000 in an out-of-court compromise settlement.