The European Cancer and Environment Research Institute (ECERI) has been Created

The European Cancer and Environment Research Institute has been created. ECERI - that's its name - has its headquarters in Brussels. This independent scientific organization was founded by the former French Minister of the Environment, Corinne Lepage, former Ecolo MEP Paul Lannoye, and Professor Dominique Belpomme, President of the Association for Research and Treatments against Cancer ( ARTAC ) . The Brussels initiative follows on the Paris Appeal proclaimed in 2004  which concluded that there is "a disturbing upward trend of cancers caused by environmental pollutants." The implementation of this statement about the dangers of chemical pollution has resulted in the creation of a totally independent research institute for the study of environmentally-related cancers, treatment and prevention.

The initiator of the Paris Appeal, Dominique Belpomme, oncologist and professor at Paris V, argues that "a large number of cancers are caused by the physical, chemical and biological degradation of the environment." He does not hesitate to assert along with the Director of ECERI, biochemist Philippe Irigaray, who is known to have established links between pollution and obesity, that two-thirds to three- quarters of cancers are due to the environment.

We are experiencing "fallout" from the nuclear disaster in Japan – continued radiation, nuclear "alerts", a rise in anti-nuclear protests, government decisions to ban nuclear power and weakening of safety regulations for nuclear reactors.

In the media in the United States, there has been little coverage of the human health risks of radiation escaping from Fukushima. To give one example of statements from US health authorities, on 19 March, a spokesperson from the California Department of Public health said at worst, radiation from Fukushima would have extremely minor health consequences in the US. This is akin to France having said in 1986 that the radiation from Chernobyl stopped at its borders, while its neighbor, Switzerland, was warning children and pregnant women not to consume milk, meat, and fresh vegetables in certain areas of the country.

We are experiencing "fallout" from the non-ionizing radiation emitted by wireless devices and the recent IARC/WHO declaration that cell phones are "possibly caricinogenic". 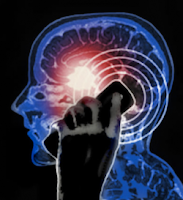 Recently, I wrote to the two senators from New York State, Charles Schumer and Kirsten Gillibrand, requesting them to consider more protective measures for children concerning radiation emitted by cell phones and other wireless devices.  Senator Gillibrand is a mother with two young children, one of whom suffers from asthma.  It seems that one of the only reactions from the US Congress to the WHO declaration that cell phones are “possibly carcinogenic” was to request the Government Accountability Office to investigate what research is needed concerning cell phone safety.  For a state which is requesting lifting of the moratorium on “fracking” (extraction of natural gas from shale by a highly polluting operation), my letter will most likely fall on deaf ears.