Following is the interview, translated from Hebrew, of Dafna Tachover's experience of electrohypersensitivity which took place on Israel's no.1 rated radio show, “Osim Tyohoraim” on 18 June 2012.  Following the interview, dozens of people called the radio station.  Shocked by the outpouring of responses and acknowledging her duty as a journalist to expose this hidden condition, Yael Dan, the host of the radio program, has decided to start a national campaign in Israel about this issue.   “Many people called us to tell us that they also suffer from this condition and we are taking it upon ourselves to learn about the condition, to investigate it and to present the stories of these people as we should.”


Here is the full transcript of the interview. See also the article on Dafna's blog:  "Breakthrough for EHS in Israel".


Transcript of Interview of Yael Dan with Dafna Tachover:

Yael:   Apparently, more than a few people are suffering from sensitivity to electromagnetic radiation. While the number of people who suffer from it is uncertain, those who are suffering from it are forced to live in isolation, far away from antennas, cell phones, laptops or wireless Internet because they are all causing severe and intolerable symptoms. Attorney Dafna Tachover lives in an isolated house in the mountains of a natural reserve in northern NY, and we are waking her up in the middle of the night, but she would wake up at any time that we ask her because it is important to her that people become aware of the condition, and that society accommodates those people who suffer from it, allowing them to live. Smadar Shir presented her story in the weekend issue of Yediot Aharonot.
Read more »
Publié par Meris à l'adresse 9:23 PM 1 comment: 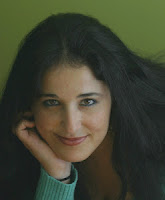 After years of avid use of wireless technology and disregard for the adverse effects of uncontrolled radiofrequency/microwave radiation, Dafna Tachover, an attorney, started suffering from severe EHS symptoms when she acquired a new MacBook in July 2009. “My life had changed dramatically and now, the sole purpose of my life is to help people who suffer from EHS and to fight this criminal disregard to their existence, needs and rights.”  Dafna lives in an isolated house in a natural reserve in the Catskill Mountains north of New York City, far away from antennas and cell phones, laptops and Wi-Fi.

The experience of her EHS appeared in the article, “Radiation Victim” written by senior reporter Smadar Shir with photographer Nadav Neuhaus, published in the weekend edition of Yediot Aharonot, a leading Israeli newspaper, on 15 June 2012.  Dafna was subsequently interviewed by Israel’s no.1 rated radio show, “Osim Tyohoraim” on 18 June 2012, after the newspaper article solicited an unprecedented response about EHS.  Following the interview, dozens of people called the radio station.  Shocked by the outpouring of responses and acknowledging her duty as a journalist to expose this hidden condition, Yael Dan, the host of the radio program, has decided to start a national campaign in Israel about this issue.   “Many people called us to tell us that they also suffer from this condition and we are taking it upon ourselves to learn about the condition, to investigate it and to present the stories of these people as we should.”

Dafna’s message to everyone who wishes to advance the EHS cause is “to be bold, stand up and speak up, empower yourselves and others. Most people know that there is something wrong with this technology and they listen. Many people have symptoms that they do not understand and will want to know. No one has the right to take away our rights; science and justice is on our side.”   Dafna has an excellent blog, "EHS Fights Back."

Following is the article about Dafna, "Radiation Victim".


In order to convince the provincial, national and international populations to accept smart meters, an open letter has been addressed by 60 Quebec academics, almost all professors from McGill University and the Ecole Polytechnique, Montreal, to the Quebec population.  In the wake of the letter, a project will be set up to offer free radiofrequency measurements to people in their homes and, in collaboration with cardiologist Dr. David Langleben of the Montreal Jewish Hospital, invite those who call themselves hypersensitive to electromagnetic (EM) waves to undergo tests to determine “whether the discomfort they feel is of a psychosomatic nature or actually caused by the waves.”

The funding behind this initiative comes from Lorne Trottier.  McGill University has received very large sums of money from Trottier who is the owner of Matrox, a large manufacturer of Wifi-enabled motherboards and graphic chips for mobile internet devices. Trottier has set up multiple websites, including emfandhealth.com which serve to suppress the science pointing to the adverse effects of electromagnetic radiation.  Emfandhealth is co-written by Michel Plante who is employed by cell phone companies and Hydro-Quebec, which foresees deployment of 3.8 million wireless smart meters across the province by 2017.

The persons who organize such initiatives are criminals.  These initiatives are irresponsible and serve only to disprove the link between EM fields and physiological health effects in order to allow the wireless industries, including those promoting smart meters such as Hydro-Quebec, to further enrich themselves with profits. This is blatant discrimination against electrohypersensitive persons who are already struggling with the severe handicap of their illness, a number of whom find it impossible to lead a normal professional and social life. 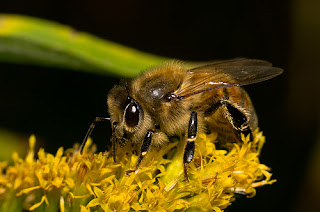 “What would happen if honeybees became extinct? … Honeybees play a critical role in the world's food chain: they pollinate 75 percent of all the crops consumed by humans, many of which are also consumed by animals. Thus the extinction of honeybees would precipitate a global food crisis of almost unthinkable proportions… Human survival is dependent on the survival of honeybees.”

The Dangers of iPads

The following news about the dangers of iPads provided by safeinschool.org was published recently by the  WEEP Initiative.  iPads are also being purchased for schools in Europe.  A private school in Geneva, Switzerland, is already using these in classrooms.

In addition to the videos listed below, view this one from March 2013, "iPad with WiFi Radiation..." which shows the measuring of WiFi radiation with the wireless router switched on. 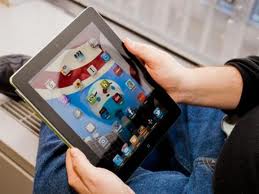 “I would like to bring to your attention that Wi-Fi-enabled iPads (which are used in direct contact with chidren's bodies - hands, lap, abdomen etc.) represent a health hazard comparable to cellphones, to our younger generation.

“In Canada, parents and schools are spending thousands and thousands of dollars purchasing iPads for use in homes and classrooms (even though they are 3 times the price of a netbook which can be wired). Toddlers are given iPads as toys and I was horrified to hear that a parent put an iPad next to a young child's pillow for bedtime stories and music. Parents need to be warned.

The following article is a more detailed explanation by Professor Dominique Belpomme of the Electromagnetic Fields Intolerance Syndrome, or electrosensitivity.  Prof. Belpomme had delivered a presentation of this subject at the 8th National Congress on Electrosmog which took place in Berne, Switzerland, on 30 April 2011.  The article was published in the Canadian magazine, “Maison du 21ème siècle” on 13 January 2012 by André Fauteux and translated into English by Emilie Paniagua, Robin des Toits.

In 2007, a number of library employees in Paris complained about headaches, nausea... right after massive installation of Wi-Fi emitters in their offices. This led to a fight between Paris city hall and worker unions (giving way to the setting up of a citizen conference on proliferation of EMFs in Paris).

At the French National Library BNF, and more recently in the Paris subway transport company RATP, the debate takes place in the same deleterious conditions between unions and corporations concerning questions about health implications at work relating to the proliferation of these new wireless technologies in businesses. Everyone now has access for the first time to an answer regarding intolerance to EMFs published in the Canadian newspaper  "La Maison du 21ème Siècle". 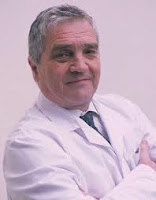 French researchers have just shown that electromagnetic fields (EMFs) notably modify blood and brain physiology in electrosensitive (ES) people, and that the impact on those biological markers rises and falls with intensity of the exposure. "We do know with certainty that electrohypersensitivity is not psychosomatic", oncologist Professor Dominique Belpomme tells us in a telephone interview. "EMFs do trigger major effects in the brain. The most important effect is the opening of the blood-brain barrier. This allows mercury, organochlorates and other toxics to pervade the brain, where they cause diverse ailments and neurodegenerative diseases." Prof. Belpomme records 20 new patients per week.