The Effects of Wireless Technology

Serious independent scientific research has proven a link between electromagnetic fields and all kinds of health problems, including cancers and neuro-degenerative diseases. The utilization by children and adolescents of cell phones and computers equipped with WiFi is particularly harmful because children absorb more radiation than adults. This can cause hyperactivity, aggressive behavior and memory and concentration problems.

Most scientific studies have been conducted by the telecommunications industry which does all in its power to cover up the truth about health effects since this technology generates billions of dollars' worth of business each year. Government regulatory agencies follow the recommendations of the World Health Organization (WHO) concerning the safety of this technology. WHO hired an expert, Michael Repacholi, to lead the investigation. It was later discovered that he was paid by the industry to deny the existence of damaging effects. Thus, WHO is also covering up the truth. 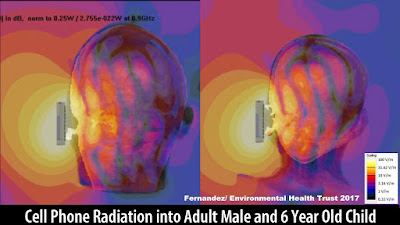