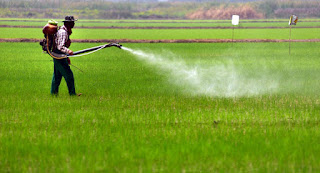 “The campaign ‘Stop Paraquat’, conducted by non-governmental organizations, trade unions and scientists around the world, calls to end the production and ban the use of this highly toxic harmful herbicide”, manufactured and distributed by the Swiss company Syngenta.  Although banned in Switzerland since 31 December 1989 and in the European Union since 2007, this toxic herbicide is still being marketed by Syngenta to over 100 countries, usually under the brand name “Gramoxone”.  It is regularly used on banana, coffee, palm oil, rubber, fruit, and pineapple plantations and also on maize and rice fields.

This request comes from the Berne Declaration and Permanent People's Tribunal:  Vote for Syngenta as the Worst Company - just click on "VOTE NOW" in the attached link.

"Cellphones Replace Smokes as the Addiction of Choice"

This article is a humorous but very true portrait of the comparison of cellphones to cigarettes. 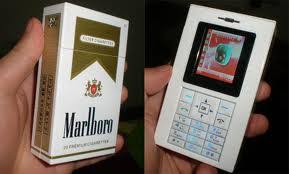 I was in a movie theatre last week when that new warning cartoon came on urging us not to talk or text. Suddenly I remembered those old no-smoking signs they had outside theatres decades ago - and I realized the transformation is complete.

The cellphone has become the cigarette.

Everywhere you look, people hold phones instead of cigarettes up to their mouths - exhaling words instead of smoke. Meanwhile, the anti-cell lobby is becoming as visible as the anti-smoking one.

How else does the cellphone resemble the cigarette?

- First, cigarettes were an ideal way for fidgety people to do something with their hands, whether they were rolling, lighting, twirling, tapping or dragging on them.

But the cellphone has just as many rituals to keep fidgeters busy. You check your messages, organize your mail, then reorganize it - along with texting, Skyping, surfing, checking the weather for the 42nd time, or just fondling the keys.
Read more »
Publié par Anonymous à l'adresse 2:14 PM No comments: