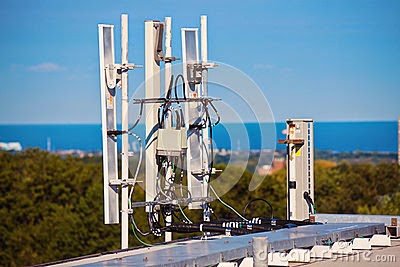 The law does not take into consideration the resolutions of the European Parliament in health and environmental matters, or the recommendations of resolution 1815 of that Parliament in the field of human health prevention, nor does it consider the recent recommendations of the European Environment Agency. It ignores the May 2011 declaration of the International Agency for Research on Cancer (IARC), an international body of the World Health Organization, stating that radiation used in mobile telephony is possibly carcinogenic.

There is now no denying the scientific evidence that warns of severe alterations to health, both proven through experimental research in laboratories with animals, as well as statistically in the human population. Exposure to artificial electromagnetic fields produces alterations in cellular DNA, and it is well known that cancer arises precisely as a result of this type of alteration.

In addition to these wrongs, the new law allows the direct expropriation by the telephone companies of the roofs of private dwellings for the installation of phone masts. This measure represents an outrage insofar as it generates insecurity and helplessness in citizens with regard to the interests of large and powerful corporations in the sector.

New Telecommunications law in Spain enables telephone companies to install mobile phone masts on any roof they deem necessary without either the residents or the council permission
Posted by satandpcguy, 8 May 2014

On April 29, the newly approved telecommunications law in Spain will enable telephone companies to install mobile phone masts on any roof deem necessary without either the residents or the council can protest.

All political parties have voted in favour of the adoption of this new law.

The law was passed with concensus to move forward with a rule that will serve to develop the telecommunications sector and economy.

This new law seems tailor-made to facilitate the implementation of 4G networks in all urban areas.

When more and more evidence linking proximity to the antennas with the increase of cancer cases, this law gives power to the companies, and people who have one of these antennas on their roof cannot oppose it.

Operators only need to ask the Ministry of Industry approval to place antennas on a given roof.