Phonegate Denmark : First Withdrawal of a Smartphone (Razer Phone 2) and Intervention of the Health Authorities 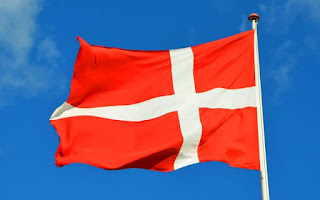 We are pleased to share with you this important news at the European level. The Danish health authorities have officially considered that users should be informed of the risk to human health and safety posed by the radiation from their cell phones exceeding the regulatory exposure values.
“Excerpt from the position of the Danish Health Authority

“The Danish Health and Medicines Authority has become aware that the use of a specific mobile phone, which from November 2018 has been marketed in Denmark, especially in the gaming environment, can lead to exceeding the limit value. These are mobile phones of the type Razer Phone 2. We therefore encourage users of the phone not to use the mobile phone in question. We also refer to the Danish Health and Medicines Authority’s current recommendations for the use of mobile phones.”
https://www.sst.dk/da/Viden/Straaling/Straaling-i-hverdagen/Mobiltelefoni-og-traadloes-teknologi/Mobiltelefoner

Thanks to the work of Danish freelance journalist David Wedege (in conjunction with Dr Marc Arazi and our teams), the Danish authorities were asked to find out why cell phones considered “non-compliant” by the French authorities continued to be sold on the Danish market. The journalist focused in particular on the withdrawal in France in May 2020 of the Razer Phone 2.

After several months of discussions with the various national agencies, David Wedege made it possible for the Razer Phone 2 to be withdrawn from the Danish market and for the health authorities to take an official position.

However and despite the position of the National Board of Health, the Danish Safety Technology Authority still refuses to allow consumers using this smartphone to be informed of the health risks.

“The consideration of the Danish health authorities that cell phone users should be informed about the risks to human health and the safety issues around the radiation from their cell phones, sometimes even exceeding the regulatory exposure values, is, of course, a welcome step, especially considering that very few countries around the world are engaged in similar health protection information campaigns. However, it must be noted that no cell phone today can be considered safe from a human, animal, plant, or bacterial point of view. To achieve such a safe situation, much, much lower exposure levels must be reached, maybe as low as the natural background, and with the complete removal of the artificial nature of man-made electromagnetic fields and signals.”

For Dr. Marc Arazi, President of the NGO Phonegate Alert, who is delighted with this development despite the attitude of the Danish Safety Technology Authority:

“Denmark thus becomes the second European country to take a position, though cautiously, in the Phonegate industrial and health scandal. But what are the other national and European authorities therefore waiting for to react? It is high time they put an end to the overexposure of millions of users to the waves of their cell phones.”

We present below one of the recent articles that the journalist published on his blog “Tabt Tråd”.