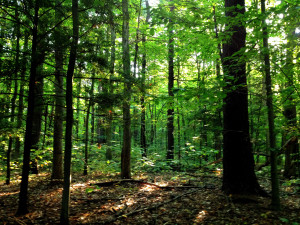 At the time of the definitive diagnosis, we felt we could not get through this on our own.  We needed friends, family, sound advice, support, and especially the opportunity to share experiences.  We were met with a culture of silence from medical personnel and the Swiss Cancer League.  No one could or would put us in touch with others, including family members of persons diagnosed with mesothelioma.  By the time I started sharing my thoughts on the Internet cancer forum, Adon was within days of dying.  Just a few persons helped us:  the compassionate surgical team;  the palliative care nurse at the Cancer League;  and a lady in the United States whose husband Steve had been diagnosed with the same cancer several months after Adon’s diagnosis;  he died in July 2009 after complications from radiotherapy.  Steve’s father had been exposed to asbestos in a factory in England.  Each evening, he would return home with his clothes covered in dust.  Both his son, Steve, and his wife were diagnosed with mesothelioma around the same time, nearly 40 years later.

I cannot speak for Adon now.  He bore the terrible suffering and devastation of this disease with great dignity and courage.   Shortly after he died I wrote a letter to the Director-General of Geneva’s university hospital (HUG) who kindly conducted an inquiry into Adon’s care and treatment.  We should not remain silent when it concerns the lives and comfort of our loved ones, but should challenge medical care and treatment.

Adon had four chemo-therapy treatments. The last one affected his heart and sent him to HUG emergency.  While the oncologists at HUG were caring, treatment was purely technical.  No consideration was given to proper nutrition or supplements.  This proved to be a problem later in Adon’s post-operative healing.  Consultations with a psychologist and nutritionist were not offered.   Unlike in other countries where these complementary therapies are offered without asking, this was not the policy at HUG.  Once a good rapport was established with one doctor, another one took his place.
Adon’s oncologists told him he could eat anything, including meat, saying that organic food and lots of fruits and vegetables would do little good for him then.  These doctors receive almost no training in nutrition and complementary therapies.  I believe such therapies can reverse cancer, as also faith and optimism.  His oncologist told him that an “anti-cancer” diet is only effective as prevention and can have no effect once cancer has declared itself.  Oncologists have a vested interest in promoting radiation and chemical therapies which can be harmful and even, carcinogenic.

During this time, Adon was told that the cancer was fatal.  Delivering a negative prognosis to a patient is controversial.  It may take away hope and impact negatively on treatment results and healing.  As the chemotherapy had shrunk the tumor, he had the option of surgery to remove the right lung. There would be a 10 per cent chance of dying from the operation. His oncologist told him that the surgery would prolong his life by one year.
Following removal of the lung in early December, Adon was sent to a 7-bed room, after several days in intensive care.  His condition worsened:  difficulties breathing and incisions which would not heal.   I communicated my concerns to his surgeon.  On 19 December, Adon was transferred to Jolimont Clinic for rehabilitation, where I shared the same preoccupations with his doctor there who largely ignored them.  The day after Christmas, he was sent back to the 7-bed room at HUG, due to a large incision which would not heal.
From then on, until the end of January, the surgeon and his team provided Adon with excellent care.  He was placed in a single room, and one of the team visited him every day during this period.  The surgeon and his team also provided me with much reassurance and support.  His condition improved during his stay, despite the fact that he had to undergo a serious emergency operation in early January when the entire incision opened up.  In mid-February, after several weeks in a rehabilitation clinic, scan results showed that the cancer had spread, making radio-therapy not a treatment option at that time.
Adon spent the last five weeks of his life in palliative care at Jolimont Clinic.  The end-of-life care was excellent;  however, I was largely ignored, a fact complicated by the presence of his daughter who could not accept that he would die, and ex-wife.  I had no contact with the doctors or caregivers at Jolimont.  They were either unavailable or emotionally detached.
Not one caregiver at any HUG establishment, nor even Adon’s oncologist in town offered condolences to me on my loss of a dearly beloved friend and companion, except the nurse who was on duty at Jolimont the morning he died.

I recall how, from the start of the chemotherapy, Adon hardly talked.  He brooded about what the rest of his life would be like.  A number of friends avoided us because they sensed suffering and death.  Our lives were diminished, although I realize now that the whole experience was in fact positive in so many ways.  When I visited Adon for the last time, before I left the room, he rose up from his bed and placed his arms around me in a loving embrace.

Several months later, I wrote two letters about Adon’s care and treatment:  one to the Swiss Cancer League which was putting together a mandatory training program in communication skills for all oncologists in Switzerland, the other to Professor Belpomme, ARTAC, which had been initially formed as a cancer support group.  This was the start of my activist engagement.  Adon lives on in every action I take to raise awareness of health and environment issues to make the world a better place for all. 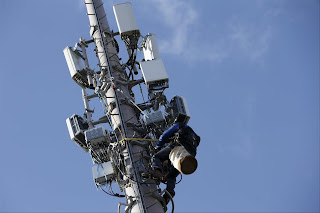