Interview with Barry Trower, Microwave Expert: Part 4 - "The biggest polluter on the planet is the microwave industry" 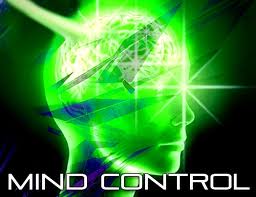 Who benefits from people becoming sick?  Pharmaceutical and communications companies are the only industries which will benefit and the countries they are based in.  Julius says it looks like populations are being run down and dying.  “It’s called a slow kill and is part of de-population.”  What would be better than having a smaller population totally under your control?  A research director at the CIA said in 1972 “mind control is a world where every human thought, every emotion, every observation and every need can be controlled by electrical stimulation of the brain.”

While in Australia, Trower was whisked off in a black stretch limousine (thinking, this was “the bullet to the head”) to talk to a man who told him, “I’m very scared.  We’ve reached the situation now where HAARP can reach anywhere in the world.  We now have bacteria, which can lie dormant in the soil for centuries and can be reactivated.  The bacteria can be regenerated with the frequency of light.”  It has been known when gravediggers accidentally expose a very old body which has had the plague, the light will reactivate the bacteria and contaminate the gravedigger.

Government scientists have developed frequencies that can regenerate bacteria from its dormant state into its live state.  If one wants to cause a disease in a country’s cattle, all he has to do is come to some of its farms, walk on the land, drop the bacteria and return to his country.  The frequency can be bounced from HAARP around the planet or towers may be used.  The bacteria are reactivated and cause a disease like mad cow.  A country’s economic value can be destroyed at the push of a button. It can get even worse because inside dormant bacteria, there may be a dormant virus and when the bacteria come to life, the virus will come to life.

“We’ve got to the stage now where we’re into micro-biological warfare from HAARP and mobile towers”, Trower goes on.  “It is so easy now to bring total devastation and economic ruin to any country by microwaving it and bringing the bacteria to life.”  The man Trower talked to was an Australian who got the research from a joint venture between the British and American Governments.  There was something on the Web which said one can now regenerate yeasts by electromagnetic pulses.  Bacteria can be placed in yeast and viruses.

The mobile industry is the greatest polluter on the planet today. 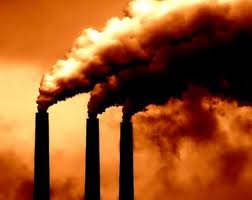 What about microwaves and CO2 emissions?  Trower knows of three published papers which say that the biggest polluter on the planet is the mobile industry.  The hundreds of thousands of transmitters all over the world require power.  “All the mobile phones need power, all the Wi-Fi sets, all the gadgets and all this power has to be generated.  The more the industry puts out Wi-Fi, not only are they contributing to warming the atmosphere but they are also increasing the carbon footprint.  The mobile industry is the greatest polluter on the planet today… Yet, you hear nothing anywhere in the world against the mobile industry in terms of pollution.

“They are responsible for more animal suffering and death in the world, for the catastrophic events in nature like trees dying, the pollinators not pollinizing plants.  They are devastating the natural nature of this planet… It has been publicized that the total cost of devastation of these ecosystems is something like $33 trillion per year when all the damage is fully done.  This one industry is going to cause more damage to this planet than anybody has managed to do in any war or by any global destructive mechanism.  This industry is doing it without opposition… The evidence is not just from me as a government person trained in this, it’s from veterinary surgeries, scientists, environmentalists.  It’s coming in from everywhere.  This industry is responsible.”

Over 10,000 papers have been publicized showing the devastation of trees, insects, animals, plants, and “not a single one has been commented on in the press, the magazines, the papers, TV.  Not a single paper has reached the public.   I wrote to the top organization in London, the Royal Society, and sent them the evidence, saying ‘this is crucial, can I please come and give a lecture to your scientists because, look at what we have with our animals, our trees, the future of our children...’  I had a letter back, ‘We are not prepared to discuss this.’  Of course, it’s a government body.

“I wrote to my own university, Exeter, asking if I could prove it because I’m a qualified university experimental physicist.  I had a sponsor to pay all of my fees.  Exeter University, which is one of the top ten in the country, said, ‘never contact us ever again.’  I tried six other universities.  Those who replied refused to talk to me.  The last university I contacted was the Open University.  It has a world-wide reputation for research.  I said, ‘please let me do some research.  I want to prove what I believe in.’ They asked me to send the papers which I did and then I never heard anything for months.  I rang up and spoke to a doctor from the bio-physical labs who said, ‘we can’t have you do your research here.’”  Trower asked him why not.  He replied, ‘Your work is too political.’

“No university will go up against the government.  It’s too political.  You cannot do the research to prove what is going on, not in the UK.  I have two university degrees and a diploma.  I’m well-qualified to do this.  A multi-millionaire in this country said he will cover all the costs.  I had a blank check, but they wouldn’t do it.  We have a government that controls what the universities say.”  Cases where people were either sacked or told not to do research were cited:  the Karolinska Institute in Stockholm:  Prof Olle Johansson who was told either to leave or shut up, and cannot do anything because he cannot get any funding.  A professor of experimental medicine in America called Trower one night and said, ‘Be careful, Barry.  I’ve just lost my entire research department from that university, speaking out against the mobile industry.’

Trower remarks, “What I can’t understand is why these people have so much power.  People in government must realize what is going on… The people I’ve spoken to realize what’s going on. They know the harm but nobody’s able to do anything.”