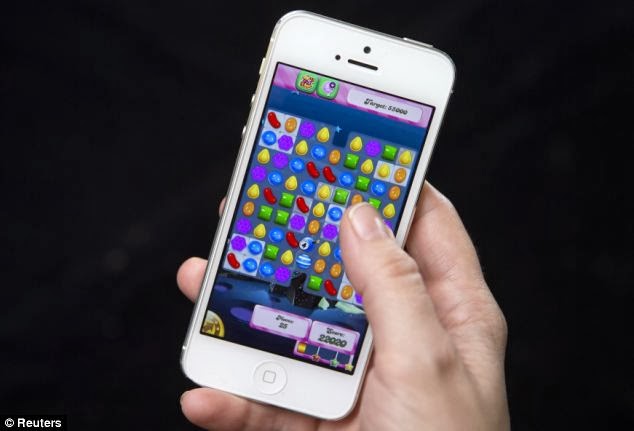 The proliferation of mobile games like « Candy Crush » is dumbing down the human race. This game perfectly illustrates the high degree of gullibility of those who play it. It has been created for one reason only: to fleece gaming addicts of their money. King, the Swedish firm behind the game, is planning a U.S. stock market debut which some analysts think could value it at more than US$5 billion. The game, which involves moving candies to make a line of three in the same color, was the most downloaded “free” app of 2013, and the year's top revenue-grossing app.

Candy Crush is designed for one thing and one thing only: separating you from your money.

Candy Crush is a hugely popular game, both on Facebook and mobile. As a game, it's well made, challenging, and rewarding to play. On the surface, it does its job perfectly. But when you start to dig a little deeper, it becomes clear that the game is not so much a game as it is a carefully masked system designed to siphon as much money as it can from your bank account.

Yes, Candy Crush is technically a free game (meaning you don't have to pay to install it). But at the time of this writing, it is among the top 5 grossing games on the iOS app store. That's because...

Candy Crush is a Shakedown

There is no way to get around it: Candy Crush is a shakedown. It sucks you in with its cute appearance, soothing soundtrack, and addictive gameplay, before grabbing you by your ankles, flipping you upside down, and shaking the lunch money out of your pockets. And the farther you progress in the game, the more they want to take.

I'm tempted to compare the game to a crack dealer, because both Candy Crush and crack dealers get you started for free, and only start charging once you're hooked. But ultimately, I realized that the comparison is unfair to crack dealers. Crack dealers don't continue to bump up the prices as you get more addicted. That would be bad for business. But Candy Crush doesn't care. As I played the game, I was constantly reminded of the famous line from Goodfellas: 'F*** you. Pay me.' That seems to be the attitude that the developers took here. I imagine that it's written all over the walls at King.com headquarters.

The worst part is, when you first fire up the game, you won't notice that you're walking into a shakedown. Not right away. You'll breeze through the first dozen levels, getting the first taste, and having a good time. The gameplay is nice. The colors are stimulating. The soundtrack is so damn cute it's sickening. But at some point, you will hit a wall. You will fail. And when you run out of lives, the first shakedown happens. If you want to continue playing, you have three options: wait awhile for the lives to regenerate, pay real money for more lives (umm...no), or ask your Facebook friends to gift them to you.

This brings me to...

I don't have anything against social integration in general. If a game has a meaningful social component (like Words with Friends does), bring it on. But in too many mobile games, the 'social' element is pointless to the gamer, and benefits only the developer. I imagine a boardroom of people who want to 'go viral' and 'get positive ROI from the social channel.' Yes, it works. But as a consumer, I hate feeling like the product. Prompt me to share if you want, but don't force my hand.

This is a single player game with a social mechanic that effectively equates to panhandling on a street corner. I have nothing against panhandling (just don't knock on my car window man, it's awkward), but don't make me grovel with my real world friends for in-game handouts. It's aggressive, and makes me feel uncomfortable.

The only reason that this 'gameplay' element exists is so the company can use you to market their game to your friends. It's a bullshit 'feature' that you will have to suffer through, and just one of many ways that this game (and many other mobile games) puts itself before the player.

But that's not all. It gets worse.

Bullshit power-ups you have to pay to use

This seems to be the big trend in mobile gaming these days. Congratulations, you unlocked an upgrade! Now pay us a shit ton of real money to use it. In what world does this make sense? Why make me unlock it in the first place if unlocking it doesn't unlock it? The whole experience is horrible, and as it proliferates, it's ruining mobile gaming for me. I don't mind DLC. I don't mind paying for games. But this pay to use the power-up nonsense is getting out of hand.

The 'free' version of Candy Crush only comes with 35 levels. They don't tell you this up front, of course -- and you will have no idea until you complete level 35. You will be asked to pony up 99 cents to move on. How many levels do you get for 99 cents? They don't tell you. Maybe 50, maybe 10. It's a crap shoot. But for a game where the levels are so simple to design, you must get a ton of them for a dollar, right?

NOPE! You get a couple dozen. And once you finish those, you'll have to pay for more.

I'm tired of this crap

I've installed a lot of games that are designed to take players' money. But none of them have asked for so much so often. Candy Crush represents everything that is wrong with mobile gaming. If things keep moving in this direction, I'm not sure that this is a platform that I'll be interested in playing on anymore.

Just let me buy the damn game and leave me alone.
Kevin Spence