Location of Wi-Fi/ Bluetooth Antenna on iPads: Protect Your Children ! 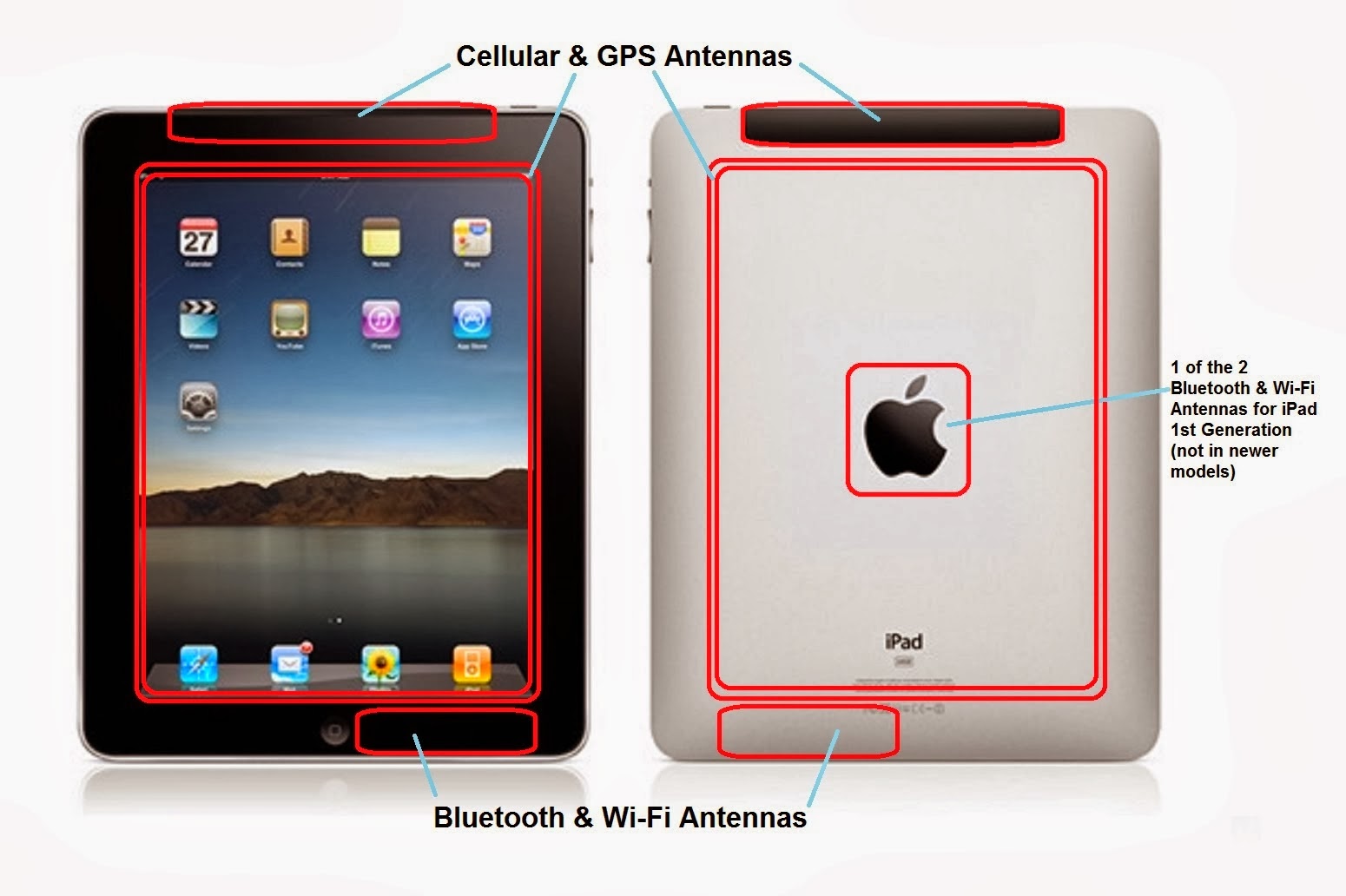 Do you know where the WiFi/Bluetooth Antenna’s are on your child’s iPad?
Parents for a Safe School,
18 February 2014

- When a child holds an iPad in portrait mode on his lap or against his chest the RF radiation is penetrating his internal organs.

- That when a child holds an iPad in landscape mode his hands are covering the constantly transmitting antennas when the Wi-Fi is turned on.

- When ifixit.com dissected a Wi-Fi+3G iPad, they discovered five antennas, including the frame of the LCD screen being a giant antenna.

- When the WiFi antenna in an iPad is turned on, it emits a burst of radiofrequency approximately every four seconds. That makes900 blasts per hour in the child’s hands, on their lap, or at their face and does not include any additional data signals resulting from uploading and downloading activities. The blasts at four-second intervals occur even when the user is not accessing the Internet. In other words, even if a child is only using the iPad to draw or to play a game, they still receives 900 blasts an hour as long as the WiFi antenna is left on.

- The user manual recommends: “you can further limit your exposure by limiting the amount of time using iPad Wi-Fi+3G in wireless mode, since time is a factor in how much exposure a person receives, and by placing more distance between your body and iPad Wi-Fi + 3G, since exposure level drops off dramatically with distance.”

- In the user manuals for the 2nd generation and newer models of iPad, Apple misinforms users that the WiFi and Bluetooth antennas are at the back of the iPad behind the Apple logo. That is inaccurate. The WiFi and Bluetooth antennas are actually at the bottom of the iPad next to the HOME button. With this fact being undisclosed, there is no warning to users about keeping a distance from this bottom antenna. People will be resting the WiFi-Bluetooth antenna directly on their laps or touching it while holding the iPads with their hands, without knowing the risks.

Note: that putting an iPad on airplane mode will initially turn off all antennas on the iPad. However, WiFi and bluetooth antennas can be re-enabled without switching off the airplane mode. Therefore, an iPad showing airplane mode “on” is not a guarantee that all the antennas are off. It is important to check the antennas separately. In addition, when the WiFi function on an iPad shows “Not Connected,” it does not mean the antenna is off. It only means the iPad is not logged onto any available wireless network. To ensure the WiFi antenna is turned off, the WiFi function must read “off.”

Here is a list of the Specific Absorption Rate of all the currently available iPads, including Cellular+WiFi and WiFi-only models.
http://parentsforasafeschool.blogspot.ca/2014/01/here-is-list-of-specific-absorption.html

Apple says, “Read all safety information below and operating instructions before using iPad to avoid injury.”