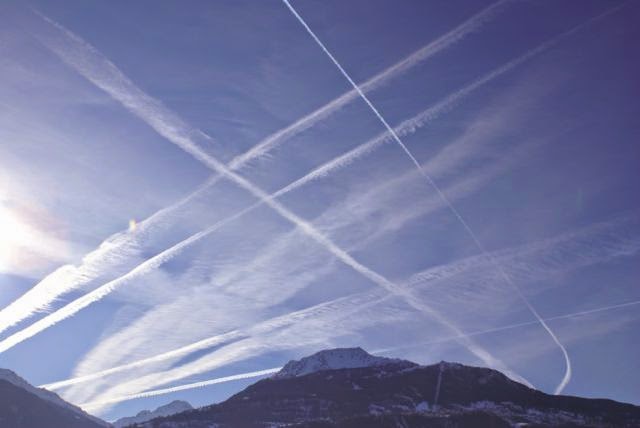 RE-POSTED 7 November 2016: (The link to the original article can no longer be found on the Net.)

They Are Killing Us With Chemtrails In Switzerland!!!! (Stunning Pictures)

TRUTHER / pakalertpress.com (article posted around 15 September 2014) via "What in the world are they spraying"

I live in the Valais in Switzerland, a once beautiful area with breathtaking views, once boasting over 300 sunny blue skies a year. This was due to the fact that we are surrounded by the Alps which create a natural block to the passage of clouds. Unfortunately this is a thing of the past. We are lucky if we have 50 full blue skies a year now. In any event I have counted no less than 300 days of chemtrail spraying within the last year alone and have photo graphic evidence of each day of spraying since August 2011!

[For all photos, view original article.]

Over the years I have made certain observations, some that I have never seen described before…for example I noticed one day two planes flying side by side ejecting different color aerosols out the back. I summized that the two chemicals emitted where being mixed in situ. I have dozens of photos showing this. Here are just a few…

I also have dozens of night spraying photos:

And my favorite… proof POSITIVE that chemtrails have nothing to do with altitude. These two planes are at exactly the same altitude flying side by side! I also have many examples of this. 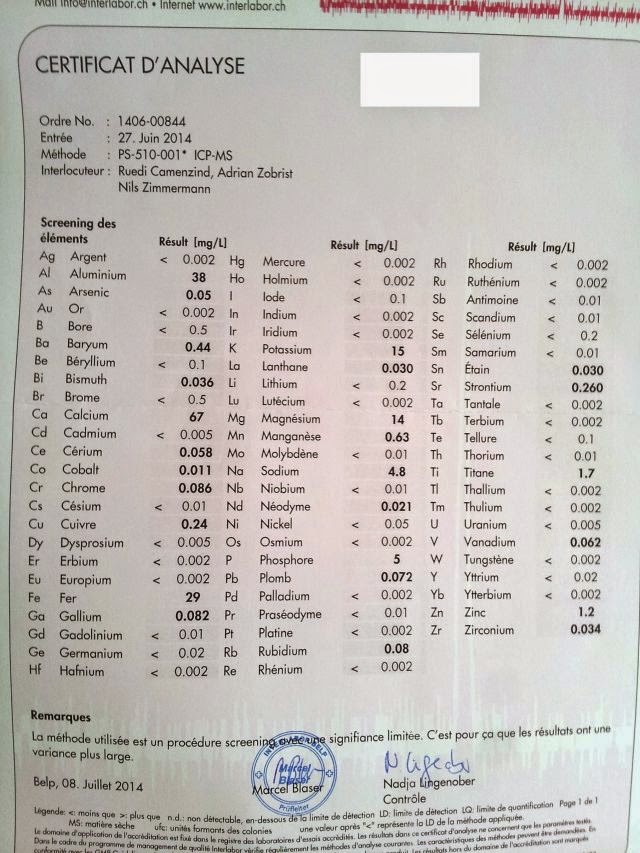 Last but not least… in June I had rainwater that accumulated on my jacuzzi cover analyzed and guess whatI found…among other things 38mg/liter of aluminium…that is 38’000 micrograms!!! Normal acceptable amounts found in rainwater are between 10 and 1200 micrograms!!!! YOU DO THE MATH!

I will be submitting much more info soon.