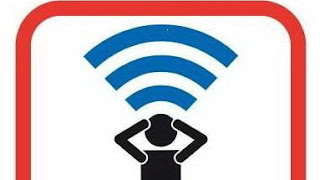 Link to the petition:

Letter to French Ministry of Health, Secretary of State for Disability (auto-translation with tweaks)

For the first time, environmentalist MP and MEP Laurence Abeille and Michèle Rivasi held a symposium in the National Assembly on February 11th for the recognition of electro hypersensitivity as a disability.

There is urgency to act now, because with the current deployment of connected objects, the experimentation of 5G mobile telephony, and ever more wifi in public places, we are more than ever surrounded by "electrosmog" harmful to everyone's health.

In late August, a court recognized a woman with electro-hypersensitivity as being 80% disabled.

Professor Belpomme, present at the symposium, presented his research on over 1200 electro-hypersensitive and chemically-sensitive cases; it demonstrates the reality of this pathology.

We, doctors, scientists and health professionals, Considering the appeal of Fribourg launched in 2002 by physicians, we find in recent years during our consultations, a dramatic rise in severe and chronic diseases among our patients, such as:

- Pain and / or heat in the ear
- Disorders of the surface sensitivity type dysesthesia (tingling, tingling, burning or itching) on the face, scalp or arm

Then gradually, and permanently:

And finally, in the absence of treatment and protection measure, evolution is marked by progressive constitution of pathological lesions, totally irreversible: delirium, absences, spatial disorientation or temporal state of dementia resembling Alzheimer's, including among young subjects.

Considering that we know the residential environment and habits of our patients, we often see a correlation in time and space, between the occurrence of these disorders and the beginning of the proliferation of electromagnetic radiation, in cases such as:

Electromagnetic fields thus appear to partly explain the appearance of these disorders.

As indicated by the International Scientific Statement on Electro Hypersensitivity and sensitivity to multiple chemicals, signed by scientists and doctors from around the world gathered at the Royal Academy of Medicine in Brussels in May 2015, on the initiative of the ECERI, biomarkers have been identified in the EHS sufferers that establish the existence of true debilitating conditions.

So much so that some people must shield places polluted by electromagnetic fields (WiFi, mobile phone etc.) to continue to live under the most normal conditions possible. However, this disease is still not recognized by the French health authorities.

In the context of the recognition by the Disability Dispute Tribunal of Toulouse of the 80% of disability suffered by a patient with electro-hypersensitivity, we believe it is finally time to discuss this major public health issue.

This pathology is complex and multifactorial, we are clueless about these people, whose physical suffering is real and symptoms found. Although scientific controversy remains in some respects on the subject, these patients exist and responses must be made medically to alleviate their suffering.

We need to be better informed on health impacts of electromagnetic fields and to be equipped with tools to better help these patients.

We call solemnly as the French government, and particularly the Minister of Health, to view the health impact of electromagnetic fields as a health priority, and to consider these patients, more and more, who are for the most part in great difficulties and experience social insecurity.

It seems essential, as a precaution, to lower the general population's exposure to electromagnetic fields; and especially in terms of children, to reduce their exposure to wifi and tablets in schools.

An independent and thorough research should be conducted on the subject and electro hypersensitive persons should be able to take refuge in "white zones".

Finally, decisions of certain Departmental Organisations for Disabled Persons (MDPH) to recognize electro-hypersensitivity as a disability must be definitively validated, and applied by all MDPH so that all people with EHS are supported.

[Thank you to Dave Ashton (and Google) for this translation.]