For Christian W. Hess, former head of the neurology service at the Ile Hospital in Bern, and former member of the executive committee of the national research program devoted to the subject, this report "definitely must be taken seriously".

The association, Doctors for the Protection of the Environment (MfE) considers that even in the absence of the final report, this study is going to generate new discussions on precautions regarding use.  According to it, this discussion must be undertaken at the World Health Organization (WHO), particularly to see whether it is necessary to raise the level of danger of cell phones.

Cell Phones Under Scrutiny
by Caroline Zuercher, Tribune de Genève, 7 June 2016
(translated from French by the Editor of "Towards Better Health")

Electrosmog : An American study revives concerns.  In Switzerland, the risk is considered minor.

What is the effect of cell phones on health?  A vast toxicological study on rats and mice in the United States revives this issue which one could qualify as old.  Partial results revealed 27 May suggest a link between rare cancers, cerebral glioma and cardiac schwannoma, and exposure to signals replicating those of a cell phone.

The rats in question did not have an easy life.  Researchers at the National Toxicology Program (NTP, which comprises several American public agencies) exposed them to radiofrequencies of 900 MHz according to the norms of GSM and CDMA.  And this, 18 hours a day until age two, in a regular cycle:  10 minutes of exposure, then 10 minutes' pause.  The result?  A "low incidence" of tumors was observed in male rats while specimens in the control group, not exposed to waves, were not affected.  No significant effects were observed in female rats.  The studies on mice are continuing.

The complete results, much awaited, will be announced by the end of 2017.  "Given the widespread use and at all ages of mobile communication, even a very small increase in the incidence of disease could have significant implications to public health", the American researchers emphasized.  Christopher Portier, former deputy director of the NTP, added in Le Monde.fr that these partial results should suffice for "the public authorities to invest more, without waiting, in scientific research on the health impacts of these technologies".  In Switzerland, the Federal Office for Public Health (OFSP) has not said this:  it will examine the results in-depth after their publication in a special scientific journal (which meets scientific requirements).

For Christian W. Hess, former head of the neurology service at the Ile Hospital in Bern, and former member of the executive committee of the national research program devoted to the subject, this report "definitely must be taken seriously".  Before specifying:  "This does not mean that the study is of great pertinence to users of cell phones.  As we have only a provisional publication, it is difficult to pass judgment."  For the time being, certain results leave one perplexed.  Why aren't female rats concerned?  Or, how come the survival rate is higher in the group exposed to radiation?  And the rats were particularly subjected to emissions in duration and strength:  1.5 watts per kilogram(W/kg), 3 W/kg and 6 W/kg, while most commercialized cell phones have a specific absorption rate under 1 W/kg.  Finally, no one knows whether the obtained results on rats are transposable to humans.

Possibly carcinogenic for WHO

The association, Doctors for the Protection of the Environment (MfE) considers that even in the absence of the final report, this study is going to generate new discussions on precautions regarding use.  According to it, this discussion must be undertaken at the World Health Organization (WHO), particularly to see whether it is necessary to raise the level of danger of cell phones.

For the time being, WHO notes that no proof of harm has been established:  it has classified radiofrequencies in the category of "possibly carcinogenic" substances.  Adding to the problem, a study revealed last month concludes that the frequency of brain cancers has remained rather stable in Australia for 30 years, in spite of the rise in mobile telephony.

If nothing has been proven, nothing can be totally excluded either.  "We have supposed for a long time that significant use of cell phones can carry dangers, Christian W. Hess proceeds prudently.  The Interphone study (ed: the most important international research in this field) dating from 2011 infers the possibility of a low risk of developing tumors in case of prolonged exposure."

In Switzerland, the issue has been the subject of the national research program, PNR 57, which has also not resolved the debate.  As 97% of the population over age 16 uses a cell phone, the issue is being followed closely.  The OFSP specifies on its Internet site that short-term exposure presents no risk.  As a precautionary measure, it recommends use of a low-radiating head-set to reduce exposure to the head for 4G and 3G networks.  "In any case, we are speaking about a minor danger," comments Christian W. Hess, reminding us that humans are ready to assume other risks by consuming alcohol, for example, by smoking or driving.

"This uncertainty is painful," responds Mathieu Fleury, Secretary-General of the Romandie Federation of Consumers (FRC). "We are in a battle of experts with studies having contradictory results.  This situation is also tied to the fact that the stakes are enormous."  The lawyer calls on public authorities to invest in research to settle a "crucial" issue.  He concludes, "If a danger is brought to light, we have another worry:  today, we do not have an alternative to cell phone use." (TDG)

Debate in Bern on mobile antennas

In February, the Commission of Transport and Telecommunications (CTT) of the National Council tabled two proposals to improve the quality of the network.  One motion wants to raise the limit values of antenna emissions.  A postulate demands simplified procedures for their installation.  The Federal Council proposed to reject the postulate, but supports the motion which foresees financing for research and monitoring of radiation.  These interventions must be dealt with in the Parliament on 16 June.  The association, Doctors for the Protection of the Environment, is worried about these proposals, considering that on the contrary, it is necessary to adopt the precautionary principle.  Following the same logic, it is requesting to devote 10% of what is produced by radiocommunication concessions to independent research and to inform users about health issues.

"It would be smart to incite operators to collaborate to optimize use of existing antennas before examining the possibility of installing new ones," responds Mathieu Fleury.  "Concerning this aspect, we could find solutions to ensure that competition does not result in an avoidable bombardment of waves."

National Councillor Christian Wasserfallen (PLR/BE) on the contrary, emphasizes that limit values in Switzerland are 10 times lower than in other European countries:  the purpose is to upgrade to the same level.  And then, he continues, scientific studies show that the poorer the quality of the network, the more this increases the power output of cell phones and thus, exposure to radiation. C.B-D./C.Z.

Original articles in French;
http://www.tdg.ch/suisse/portables-surveillance/story/30348700 and 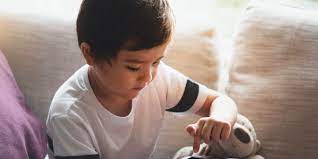