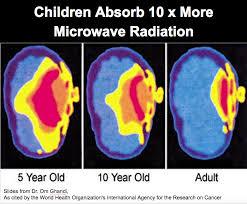 I write as attorney for the Coalition Against Smart Meters and 5G, formerly known as Hard Wired For Safety, a 501(c)(3) non-profit corporation.

The Coalition opposes so-called advanced or smart meters and 5G technology and informs politicians, the public, insurance commissioners, and lawyers, regarding their defects, the harms they cause to humans and other life forms, the damage they cause to property, their failure economically, their surveillance violations, their violation of trespass laws, their failure to qualify according existing regulations, and the refusal of insurance carriers to cover some or all damages caused by these technologies.

The Coalition assists other groups opposed to smart meters and 5T and urges them to forward this link to as many people as possible.

The Coalition requests that other groups rewrite and re-address this letter and the attachedRequest for Production of Documents, and direct them to every other utility company. Get busy.

So-called advanced or smart meters and all electronic meters are a Consumer Protection Act case waiting to happen. These meters are going to create an enormous amount of political dissention. Our leaders would be wise to retreat from this defective and dangerous technology as soon as possible.

The Coalition urges Seattle and Seattle City Light to halt advanced meter deployment immediately and restore analog meters already deployed. There is already sufficient evidence to support such a policy.