Phonegate: ANFR: Hearing Scheduled for December 14 Before the Administrative Court of Melun 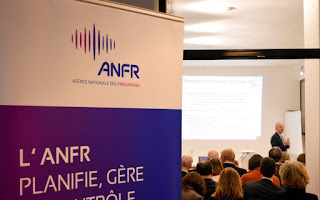 On 1 December 2017, Dr Arazi personally filed an action against the National Frequency Agency (ANFR) before the Melun Administrative Court. Its objective was to obtain, among other things, the full publication of the test reports carried out by ANFR in 2015. The association created in March 2018 fully supports its President in his dealings with ANFR.

In this context, in March 2018, ANFR decided to publish these reports as well as those prepared previously. However, for each of the reports posted on the Open Data data.anfr.fr website, the following statement appears: “Formatting for publication” with a new date indicating that “Changes” have been made to the original document.

We did not agree to withdraw from our action as proposed by ANFR. Indeed, from day one, we have been asking for full transparency and disclosure of all original documents. We have therefore continued our action to protect the health of all users of mobile phones and other connected objects.

We also request all correspondence and e-mails between ANFR and the Agence nationale de sécurité sanitaire de l’alimentation, de l’environnement et du travail (ANSES), which enabled the latter to publish on 8 July 2016, in its report “Exposure to radio frequencies and child health“, the information on the tests carried out in 2015 on 95 mobile phones. ANFR, which had no record of it until then, just

ANFR, which had no record of it until then, just found in March 2018 the letter sent on 9 July 2015 to Marc Mortureux, Director General of ANSES, by Gilles Brégant, Director General of ANFR. Yes, but that’s it, this letter only mentions measurements made between January 1, 2012 and December 31, 2014. And the list of attached models contains only 45 names and not 95. Look for the error.

In June, ANFR received another letter dated 3 February 2016 from Jean-Marc Salmon, Deputy Director General of ANFR, to the Director General of ANSES, in which he reported on the tests carried out on 71 equipment in 2015. Attached is a list of 63 models, so neither 71 nor 95, here again look for the error.

Moreover, can we seriously claim, as ANFR does, that ANSES did not respond in any way to these letters, knowing that it was simply impossible for ANSES to write what appears in its report without other elements. We seriously doubt it.

ANFR is no longer a contradiction except

In its report, the ANSES stated that: “the instructions for use of 25% of the controlled telephones with a body contact SAR greater than 2 W/kg did not indicate a minimum distance of use.

ANFR refused to provide the list, even in its writings in March 2018 to the point of stating:

“… that no manufacturer omitted to indicate the distance it recommended for the measurement of the trunk SAR in this document…”.

Complete change of address in June 2018: ANFR communicates the attached list of manufacturers in breach and the explanations provided leave us wondering, since they refer to the letter sent by ANFR to ANSES on 3 February 2016, whereas the latter makes no mention of any distance…. Does the ANSES possess divinatory gifts? 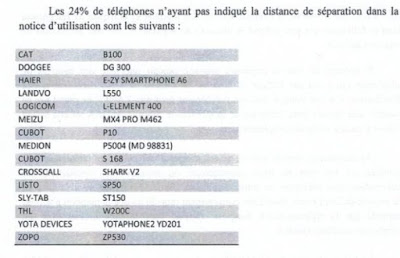 We are therefore waiting for the hearing scheduled by the Melun Administrative Court on Friday 14 December 2018 at 2.30 p.m. to defend all our demands in order to continue our action for total transparency in the face of this new health and industrial scandal.

For Dr Arazi, President of the association:

“Since July 2016, ANFR has constantly hindered the availability of its important data to millions of mobile phone users, not hesitating to use the worst methods: lying, omission and disloyalty in the general interest, for the sole benefit of mobile phone manufacturers.”